Eden Hazard has endured a pretty rotten start to life in Real Madrid since joining the club in June 2019, so his manager Zinedine Zidane will be relieved that the Belgian’s latest knock doesn’t appear to be anything serious.

The 29-year-old was taken off on the 64-minute mark during Tuesday’s 3-2 win over Inter Milan after Marcelo Brozovic had caught his left ankle.

After trying to play on, Hazard had to admit defeat and leave the field, with the images of him applying ice to his left leg no doubt unsettling Real fans. 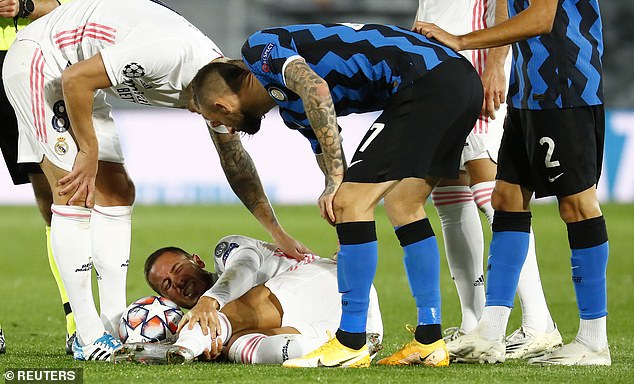 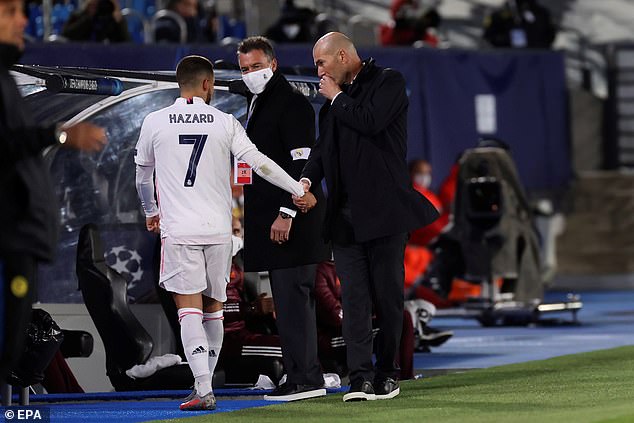 However, the team’s medical staff have concluded that the former Chelsea star has sustained no significant damage, according to AS, and he will be available for selection when Los Blancos travel to Valencia on Sunday after taking part in training on Wednesday.

Hazard’s first year in the Spanish capital has been rocky to say the least, with a succession of injuries last season seeing him make just 22 appearances in all competitions and scoring only once.

He then came under fire after arriving for pre-season in September overweight and has been stuck on the sidelines for the majority of the current campaign, playing his first game of 2020-21 last week as Zidane’s men snatched a draw against Borussia Monchengladbach thanks to late strikes by Karim Benzema and Casemiro.

Hazard then marked his first start of the season by scoring his first club goal for more than a year at the weekend as Huesca were swept aside 4-1, before playing for more than an hour against Antonio Conte’s side.

The match in Champions League Group B had unusual significance, with Inter and Real occupying third and fourth place respectively after two games.

The hosts broke the deadlock after 25 minutes when an under-hit backpass by former Real wing-back Achraf Hakimi was seized on by Karim Benzema, who rounded Inter goalkeeper Samir Handanovic to roll the ball into an empty net. 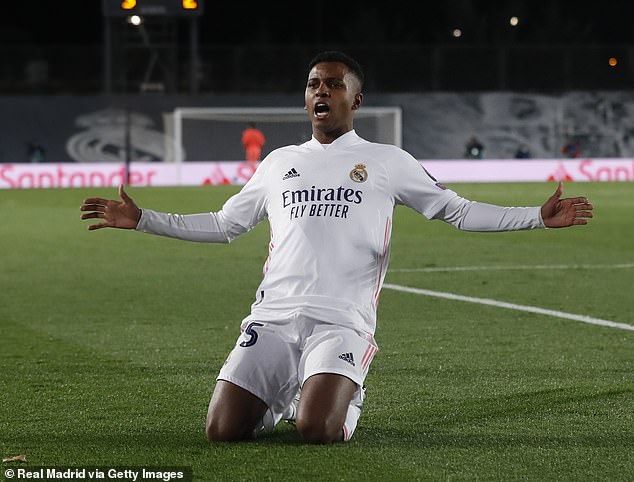 Lautaro Martinez got the visitors back into the contest almost immediately after Nicolo Barella’s brilliant backheel pass found him on the edge of the box and the striker made no mistake.

Martinez then turned provider as his through ball was turned in by Perisic midway through the second period, but Rodrygo’s fierce effort into Handanovic’s top left-hand corner secured Real all three points and saw them leapfrog the hosts.