In the year of asterisks, the Champions League quarter-finals are notably different. Coronavirus has changed the landscape for better or for worse. In terms of European football’s most prestigious competition, it feels considerably better.

The tight, single-game knockout tournament taking place in Lisbon is satisfyingly compact. All the ties are enticing and the neutral venues give the matches a different dimension. The pandemic denied football fans the pleasures of Euro 2020 but the 11-day finale of the Champions League provides a modicum of compensation.

It was appropriate that Atalanta opened proceedings with their dramatic quarter-final defeat by Paris Saint-Germain. The Italian team entered the knockout round in February hoping to make history but could not have imagined the impact of their home game against Valencia. More than 40,000 Atalanta fans travelled from Bergamo to the San Siro in Milan for the first leg. They would inadvertently spread Covid-19 throughout northern Italy.

The game was played two days before the first case of locally-transmitted infection was confirmed in Italy and Bergamo’s mayor called the game a “biological bomb.” Atalanta’s home town become one of the epicentres of coronavirus. Many neutrals would have loved the Serie A side to have held on in injury-time and then attempt to bring the Champions League trophy back to their stricken city.

The second quarter-final features another side that was involved in a game whose medical ramifications are still being assessed. Atletico Madrid play RB Leipzig in Lisbon tomorrow but the Spanish team’s visit to Liverpool was another awful staging post in the spread of the virus. By the time Atletico kicked off at Anfield on 11 March, Europe had become horribly aware of the impact of the pandemic. The illness was rampant in Spain’s capital. Schools and colleges were already closed in Madrid and the Spanish government had banned gatherings of more than a thousand people. 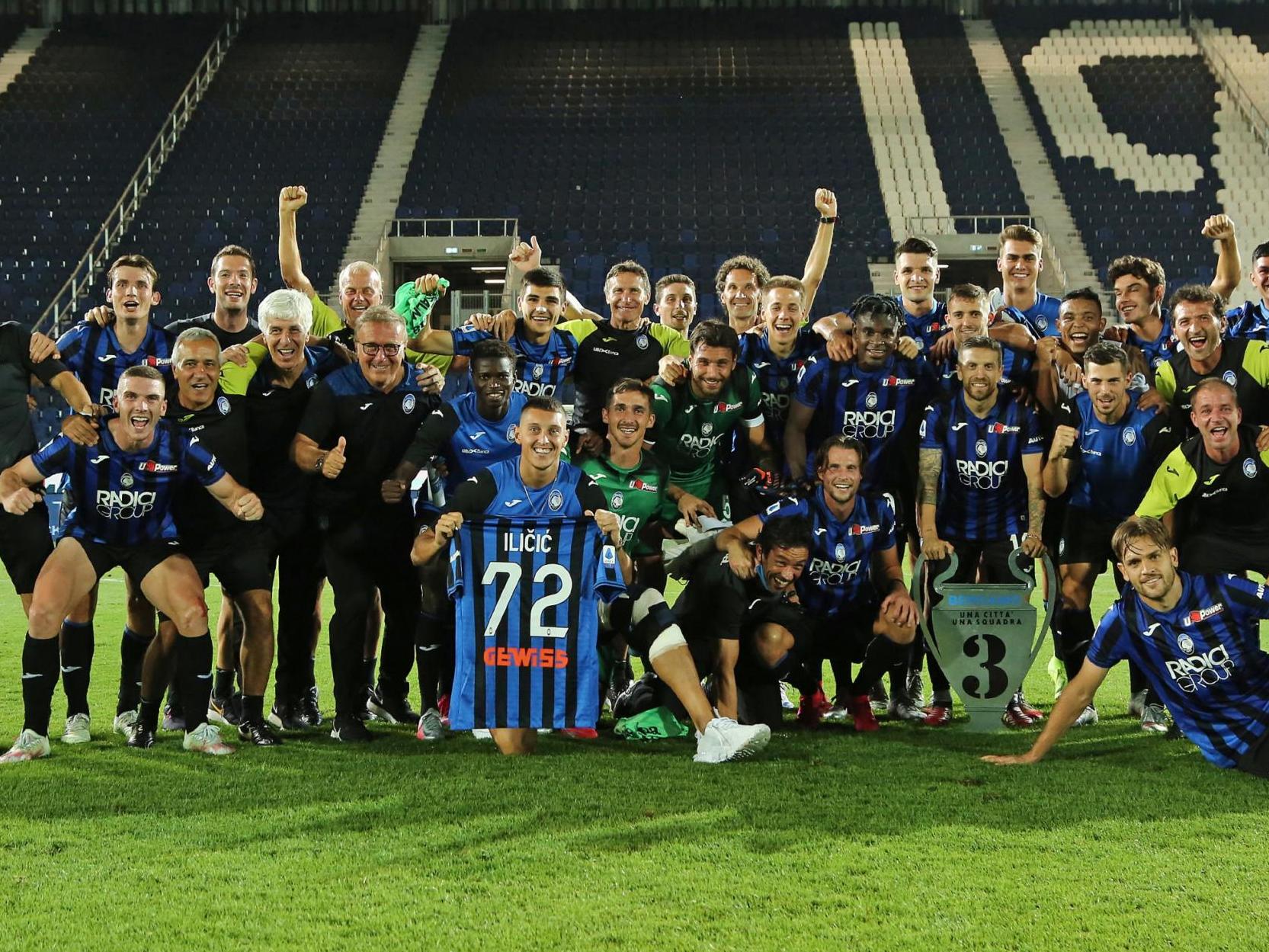 Yet 3,000 Atleti fans were still allowed to travel to Merseyside. Over the next two months, Liverpool would come to have the highest death rate in the UK outside London. The three weeks between the night at the San Siro and the Liverpool-Atletico game should have given the authorities ample warning about the consequences of continuing to play in front of crowds. The British government and the football authorities let down the supporters at Anfield and those who live in the Merseyside area.

The virus is still blighting Atletico’s season. Diego Simeone’s side have two players absent for their match against Leipzig after they tested positive for Covid-19.

Friday’s tie is a genuine blockbuster. Bayern Munich and Barcelona are footballing aristocracy. It is one of the most eagerly anticipated matches of the year.

The round ends on Saturday with Manchester City’s versus Lyon. Fresh from their victory over Uefa at the Court of Arbitration for Sport in Lausanne – where their two-year ban from the Champions League was overturned – the English club are seeking to rub the ruling body’s nose in it by winning their marquee competition. These next four days of sport are as thrilling as any and set the scene for next week’s semis and final.

Some have claimed that the pandemic and the change in the structure of the Champions League demeans the competition. That argument is flawed. The lack of fans in the stadiums diminishes the spectacle and changes the dynamic but only the churlish would seek to downgrade the achievement of winning the trophy this year. The eventual winners will have earned their glory in a campaign made more difficult by lockdowns and tragedy. Admiration, rather than asterisks, is the order of the day.

Where does this leave Uefa? Champions League reform is coming. The plan is to restructure for 2024 but every indication is that the Nyon-based organisation and the big clubs want a blueprint that ringfences the involvement of the elite teams. The likelihood of Atalanta, Leipzig and Lyon even being involved in the competition under some of the ideas being suggested is small. 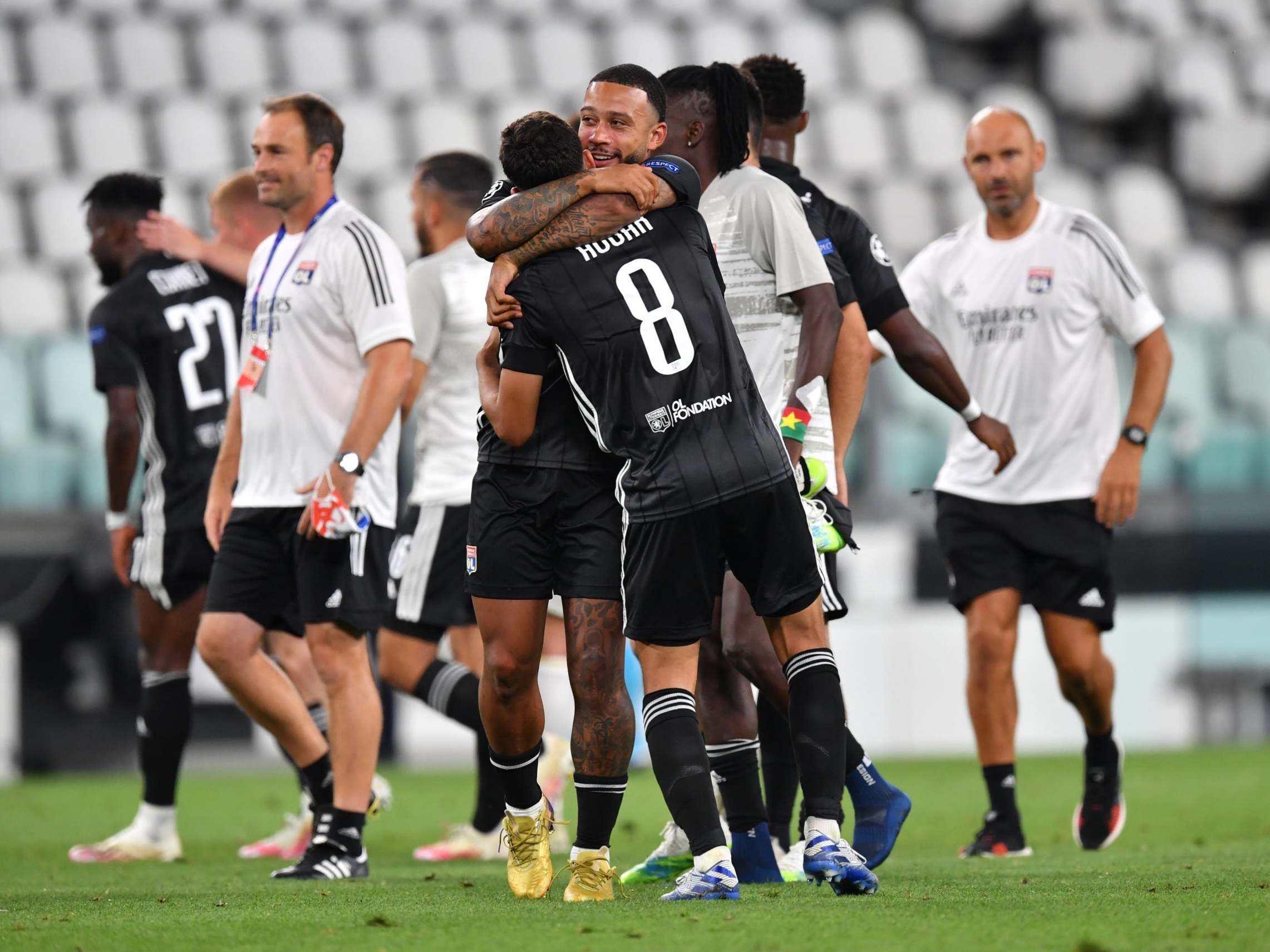 The pandemic should cause all of football’s authorities to take stock and think about the future of the sport. The Champions League group stage is bloated and frequently boring. The stripped-down version of the knockout rounds taking place over the next few days is an attractive proposition. Rather than protecting the wealthiest and most famous clubs and cramming in meaningless matches to wring out every last penny of television money, Uefa should look at creating a leaner, more competitive and accessible tournament. The fact that Juventus – knocked out by Lyon last week – have so far earned £27m more from the Champions League than Atalanta is scandalous. Advancing in the competition should be the only criteria for reward.

The impact of the coronavirus emergency provides a chance for a significant rethink. The logic at Uefa is that the global television audience want to watch big names face off on a regular basis. Bayern-Barcelona is a dream match-up in Nyon. Viewers will be tuning in from Oslo to Osaka. Yet the fixture’s attractiveness is linked to its rarity. If it becomes too familiar, it loses its exotic appeal. The group stage is already undermining the sense of anticipation that comes with a clash of titans.

The superclubs do not need any protection from Uefa. Even in the worst of times they are bloated with money and will rise to the top. There should always be the opportunity for the likes of Atalanta to go on a run, unseat their richer, more complacent rivals and prove how life-affirming football can be.

The last few months have been grim but the Champions League is set up for a spectacular and memorable finish. Beyond that, Covid-19 might even be pointing out a way forward for Uefa.