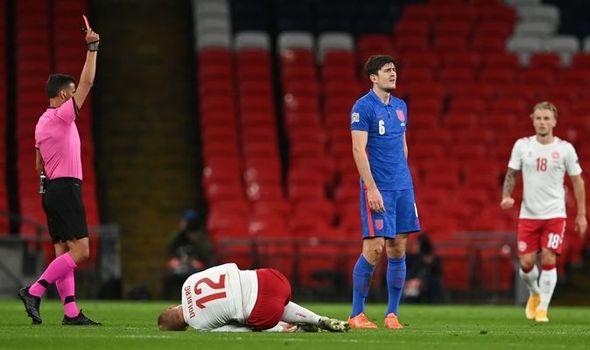 England centre-back Harry Maguire was sent off in the first half of the Nations League clash against Denmark at Wembley.

With the scoreline at 0-0, the Manchester United captain was given his marching orders on the half-hour mark.

Why was Harry Maguire sent off?

Maguire was shown a red card following a second bookable offence for a foul on Kasper Dolberg.

The defender was arguably lucky to only pick up a caution for an earlier foul on Yussuf Poulsen.