Premier League stars have rallied around a young Peterborough player after he was forced to give up on his dreams of making it big because of a head injury.

Bobby Copping sadly announced his retirement from football at the age of just 19 last week after failing to recover from the ‘recurring’ problem.

The defender, who joined the League One side after leaving Bury in 2019 and made one first team appearance, has accepted an offer to stay with the club in a business operations role within the academy. 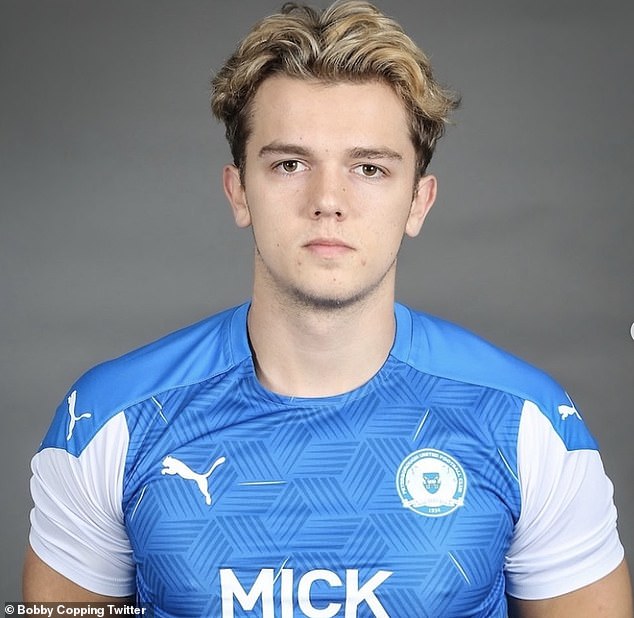 Copping has been inundated with support since revealing the news last Friday, with Harry Kane and Reece James among the top-flight players to have reached out.

The Tottenham captain sent the Posh youngster a signed Spurs shirt with the handwritten message: ‘To Bobby, best wishes’ and his signature.

Copping shared an image of the shirt on his Instagram account, adding: ‘Thank you for your support @harrykane. Class act on and off the pitch.’

Chelsea defender James, meanwhile, called Copping for a chat after being made aware of his story, with the teenager sharing their direct messages on Instagram.

Copping said he had been ‘blown away’ by the support after speaking with England right back James, and explained how he came to receive the shirt from Kane. 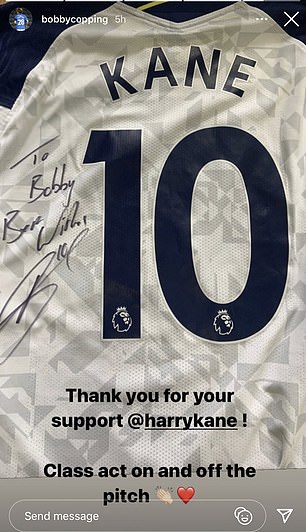 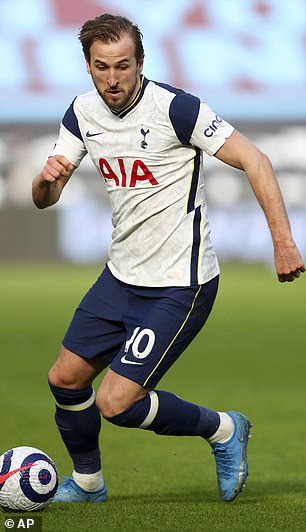 ‘Someone at the club (Peterborough) who knows him, spoke to Harry Kane about my injury and after hearing all about it he wanted to send me a signed shirt in support which is amazing,’ Copping said.

‘The reaction I’ve had has been absolutely unbelievable. I feel so grateful. The whole football world has been showing their support and I can’t thank everyone enough.

‘Hundreds and hundreds of messages of support. I’ve even had messages from Brazil, Spain, Africa to name a few. It’s been heartwarming and I can’t thank everyone enough.’

Copping had hoped to resume his playing career this year, but decided to make the tough decision to hang up his boots after suffering issues on a ‘day to day basis’. 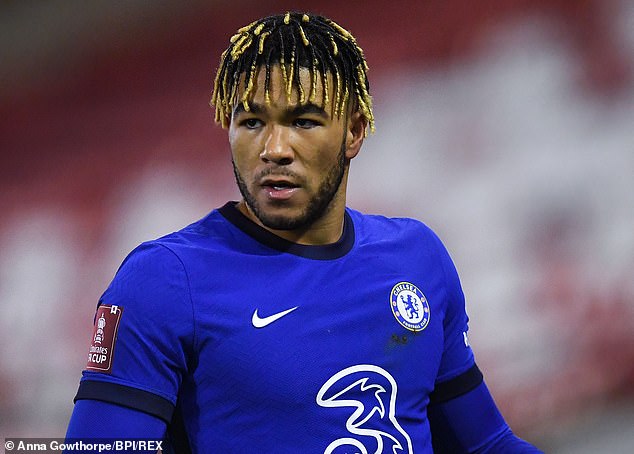 In an emotional Instagram post, the 19-year-old explained the ‘heartbreaking’ realisation that his football career had come to a premature end.

‘As some of you may know last year I suffered a head injury that left me in hospital,’ Copping wrote.

‘After many conversations with the club, brain specialists and medical staff I unfortunately have had to make the decision to retire from professional football.

‘Over the last few months, I have been doing all I can to recover whilst having conversations with a specialist who had suggested I try a medication to see if that would stop the injury from re-occurring. Unfortunately, this didn’t work, so that left few options open to me.

‘I have had various conversations with the club and the specialist and we all came to the same conclusion that for my long-term health and to prevent further damage, retirement from football completely was the obvious decision to make and that has been backed up by the fact I still have problems on a day to day basis because of the injury. 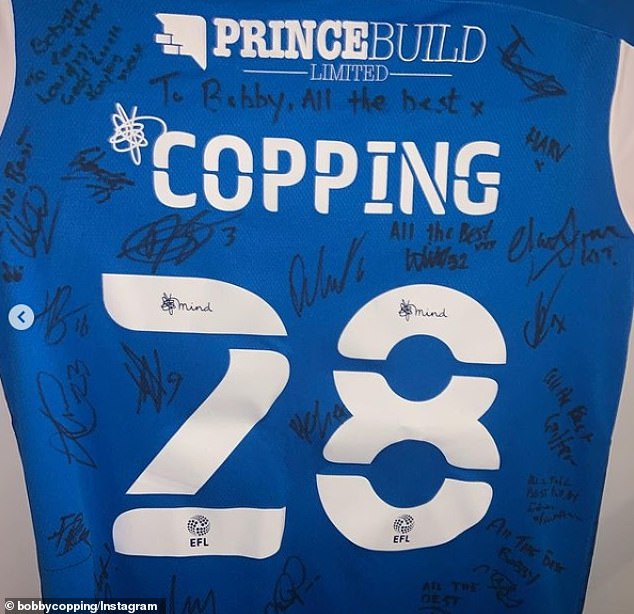 ‘This decision was extremely heart-breaking to make and not just for me, but also for my family who have invested so much into my football journey. Words cannot describe how truly gutted that I am.

‘Firstly, I would just like to thank everyone at the club, especially the staff and my teammates for all their support in such a difficult time for myself. They have been amazing and I wouldn’t have been able to come through this without their support.

‘I would also like to thank my family. They have been my rock throughout this tough time. From the very start of my footballing career they have been there and it hurts a lot knowing we can’t continue my career any further.

‘Finally, thank you to the fans that have supported me and made my time at the club as enjoyable as possible, I have really loved every moment since I joined in 2019.

‘Although this is a very difficult time for myself, moving forward I’m extremely lucky and thankful to be able to stay a part of the club. I will be taking up a new role at the club as I now progress my career down the business side of things.

‘Thank you again to everyone that has been involved with my football career from the start, I am extremely gutted but anyone that knows me knows that I will bounce back from this.’