Tottenham talisman Harry Kane has insisted players must ‘abide by the rules’ and cut down on wild celebrations – and was as good as his word after marking his goal against Fulham with high-fives.

The worrying spate of new coronavirus infections in football has resulted in the authorities doubling down on their firm stance that all unnecessary contact, such as hugging team-mates, should be avoided.

And, after conceding that the current season is ‘strange for everyone’, Kane outlined the general belief among his peers that safety must come first. 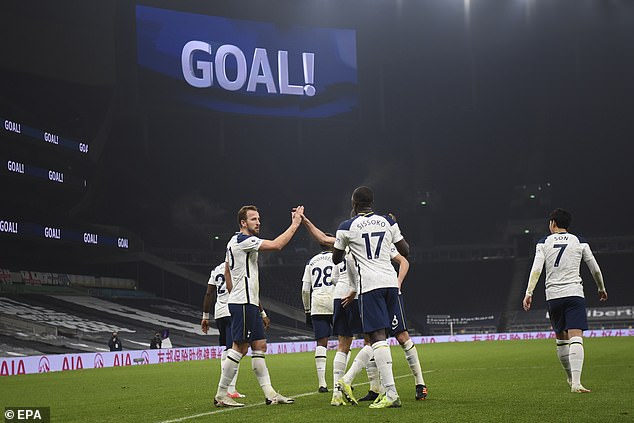 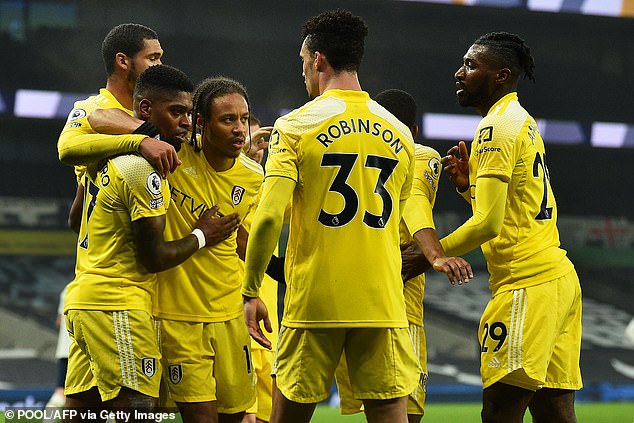 He told Amazon Prime: ‘We just have to abide by the rules. It’s a strange season for everyone.

‘Obviously it’s not ideal but it’s the situation we’re in. Hopefully if we score a few tonight, we’ll just have to give each other a few high fives and get on with it.

‘I guess we have to get used to it for the time being. Hopefully it’s not for too long. 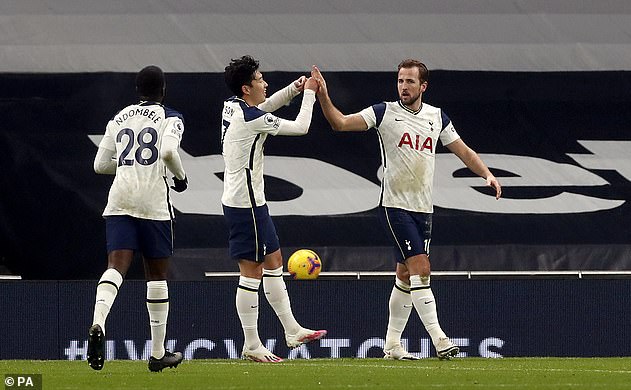 ‘But as players we’re more than happy to adapt to keep the safety of the players at a high.’

Kane set out a golden standard after scoring the opening goal in Tottenham’s clash against Fulham on Wednesday.

In recent days, Sports Minister Nigel Huddleston has issued warnings to players to adhere to the crackdown.

Sports minister, Nigel Huddleston, tweeted on Wednesday that players must follow the rules 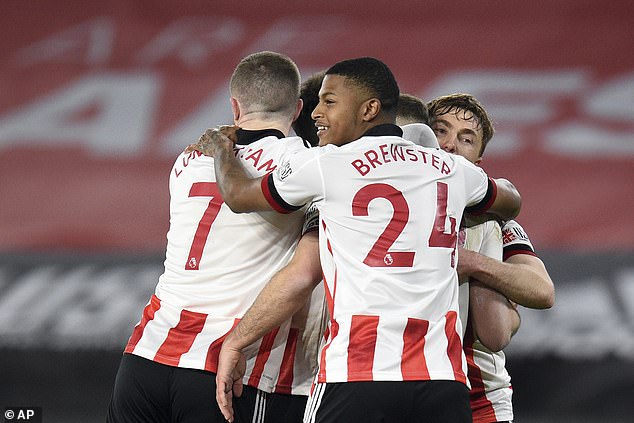 Images of footballers celebrating wildly with those around them, as well as managers shaking hands with their opposite numbers, have raised fresh concerns over a mass outbreak in football.

Sportsmail understands, however, that the general consensus among staff in the Premier League is that it is too far-fetched for stars to fully stop themselves from celebrating in the heat of the moment.

There is even believed to be a sense of bemusement over the guidelines among players, who were under the impressive the rules have always been in effect since football’s return last June.