Harry Kane has explained how he sees his future panning out amid interest from Manchester United and Manchester City. The England international scooped the Premier League player of the year gong at the London Football Awards last night.

However, this year will come without any major silverware as Tottenham extended their trophy drought to 13 years.

Kane continues to smash home the goals but he risks missing out on Champions League football next term.

That is unles he leaves Spurs, with City eyeing the 27-year-old as a potential replacement for the outgoing Sergio Aguero.

United are also in the market for a new No 9 with Edinson Cavani set to leave when his contract expires at the end of the season.

Kane says his ambitions for the future are to win the biggest prizes of them all – and surely his chances would be boosted by lining up for one of the top two Premier League clubs. 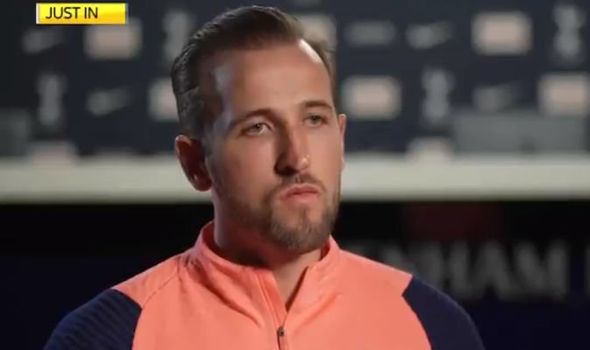 “The goal right now as a player is to win team trophies,” Kane said. “As much as this is great I want to win the biggest prizes as a team and we are not doing that.

“It’s bitter sweat, of course I’d rather win a team trophy and this one but it is what is it.

“I am proud to win it. It has been a good season on the pitch and I’ve got to continue what I’m doing.”

He added: “Individual awards are great and are fantastic achievements. When I look back at the end of my career I’ll take them in a little bit more.”

Tottenham sit seventh in the Premier League table with five games of the season remaining.

They need to leapfrog Liverpool and West Ham if they are to knock Chelsea, who are five points ahead, out of the top four.

It seems like a big ask and it could be a run-in which decides where Kane’s future lies for the 2021/21 campaign.

“It’s been a disappointing season if I’m totally honest,” Kane reflected. “We have been in so many games where we have been ahead or we have been in a great position going into the last 20 minutes and we haven’t quite got over the line for one reason or another. 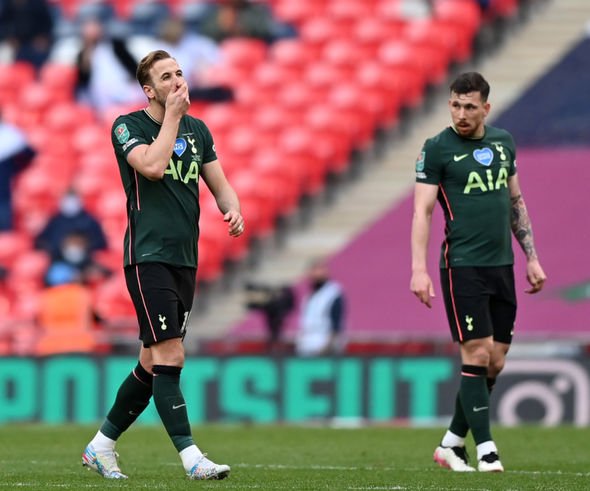 “When we look back we was in a great position in November but that spell over December and January put a halt to what we wanted to achieve.

“We have loads we want to improve on and I guess the only thing now is to try and finish strong in the last five games.

“Hopefully we can try and make that Champions League spot. All in all it has been disappointing and us as players have to take responsibility and when we go away in the summer really focus on what we can improve on and do better.”