City are preparing for their next Premier League match – when Arsenal visit the Etihad Stadium on Saturday lunchtime – but invited the Spanish Moto GP stars to meet Guardiola and watching a training session at the Etihad training complex.

Guardiola revealed that Wednesday’s visit from eight-time world champion Marc was an ‘honour’ and that the Spanish racing driver shared some memories about becoming a multiple world champion with City. 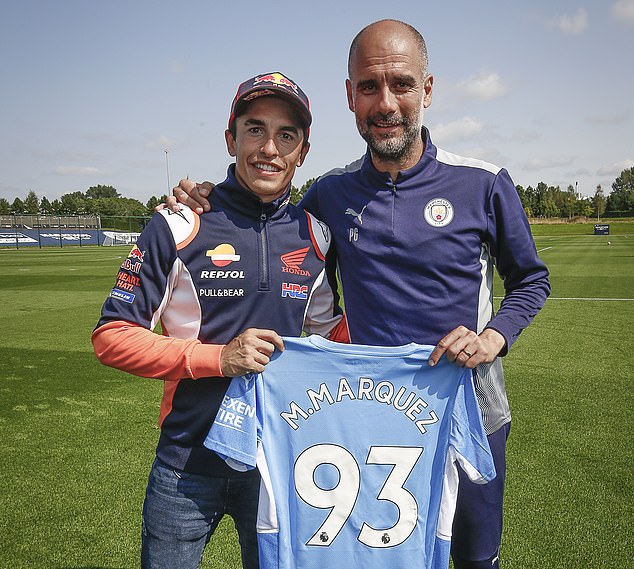 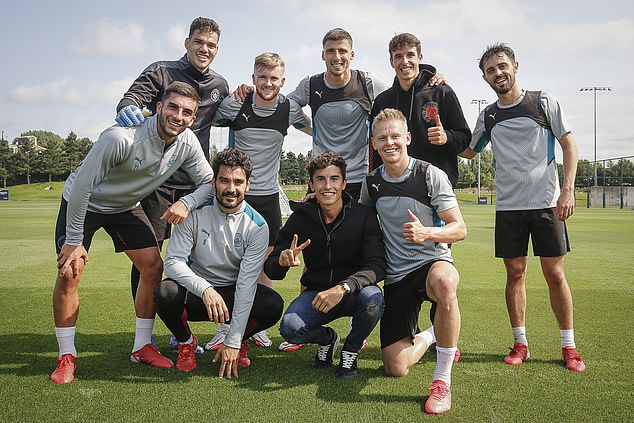 The City manager said: ‘We are lucky to have Marc here, and he arrived in the sunshine and normally here it’s foggy or raining!

‘But it was nice to welcome a world champion like him, have the pleasure of him visiting us and share a few moments. It’s an honour, so thanks for coming.

‘We play with a ball, he is on a bike – of course, that’s completely different but if you want to win, to do something better and raise your standards, raise your level you have to be in the right mindset.

‘When you are champion many times, you know it’s because you’re something special. Unfortunately he’s been injured but he’s getting better, and I’m sure he’ll extend his career longer and make the people who love the sport happy. 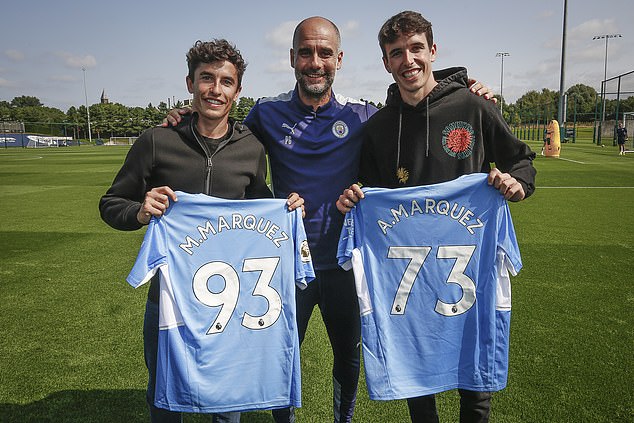 ‘We met each other for the first time before the Champions League final in Barcelona, I think in 2011, 2012. For him to visit is an incredible compliment for us.’

Marc, whose brother Alex is also a two-time world champion in motorsport, claimed he was inspired by watching how Guardiola manages his City side as he plots his defence of the Premier League title.

Marquez said: ‘Today I feel really lucky to have this day, to follow Manchester City training from up close, it was impressive to see the way Pep coaches and trains the players. As a big fan of football, it was a pleasure.

‘And it’s impressive where we are and how City are organised, trying to be the best team. 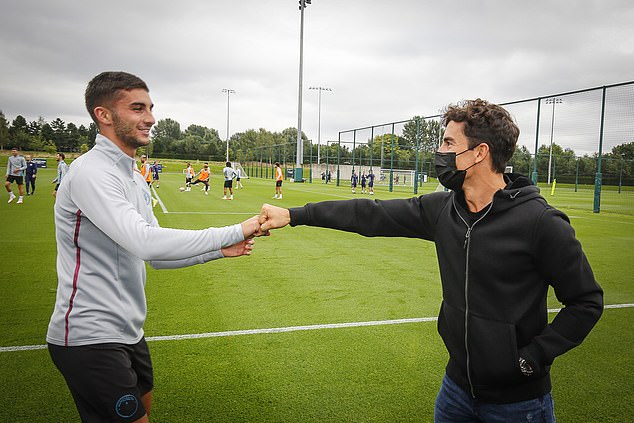 ‘Pep Guardiola is one of those people you try to analyse, to learn about him, the way he is, the way he speaks and the way he coaches… he’s a trainer, but for me the way he does it is impressive. It was a nice chat with him and we learned a few things!

‘Passion is the most important thing, and the things you can share between the two: experience, pressure, all these things.

‘We spoke a bit with Pep about these things, and I was very interested to understand how he manages all these things.’ 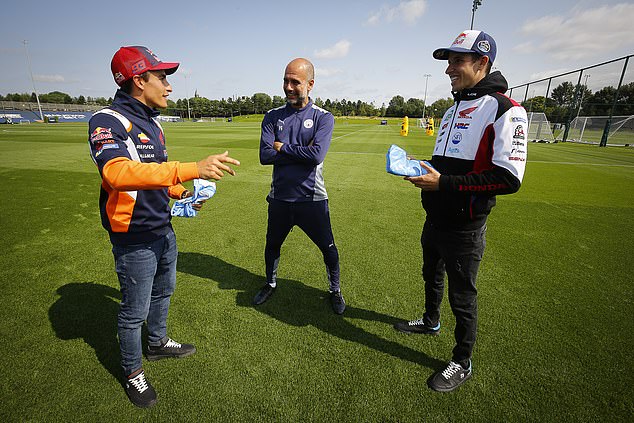 The visit comes on the same day Guardiola revealed he would leave City at the end of next season after seven years with the Etihad club.

‘I must take a break after seven years (at City). I need to stop and see, learn from other coaches, and maybe take that path. I would like to train for a European Championship, a Copa America, a World Cup.’