‘You cannot cook a good dish if you don’t spend time in the kitchen’: Man City boss Pep Guardiola calls for patience with Cole Palmer following his first European goal… but insists ‘five or six’ academy products are ready to make their mark

The City manager is hoping to keep a lid on the expectation surrounding Palmer but the 19-year-old’s stock continues to rise.

And Guardiola namechecked a number of other youngsters who he hopes will force their way into the first-team plans. 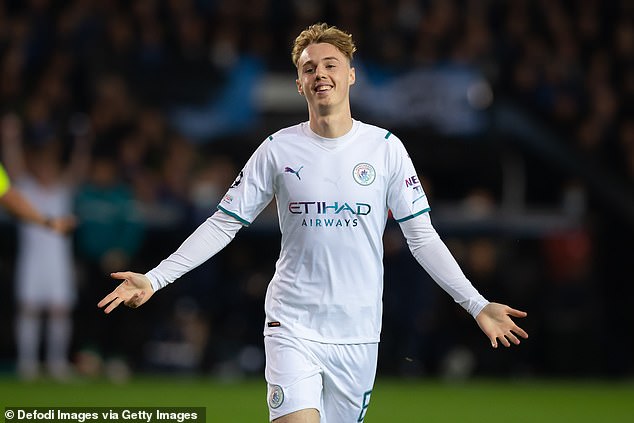 ‘The people in this world want things immediately but everything needs time,’ Guardiola said. ‘You cannot cook a good dish if you don’t spend time in the kitchen.

‘Cole has a special quality that’s difficult to find, he finishes it most of the time. He’s training with us and taking our principles. He’s a player for the future of this club.

‘We also have Liam Delap, Sam Edozie, Luke Mbete, Romeo Lavia – five or six really good talented players in the academy. Who knows, if they continue to be humble and work they can be important for Manchester City.’ 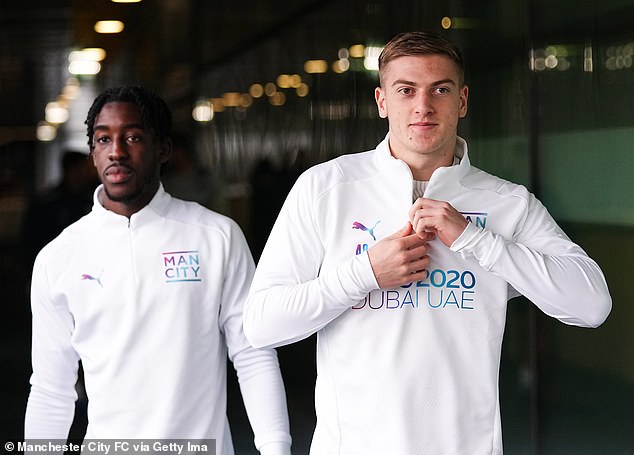 Palmer has also been a revelation for England’s Under 21s since his debut last month and Guardiola has been impressed with the teenager’s attitude.

‘He played three or four minutes against Burnley for us on Saturday and then went and scored three goals for the academy later that day,’ the Catalan added.

‘Some players might be lazy, ‘oh I have a status and don’t want to play’. He went there, scored three and showed what he can do.’ 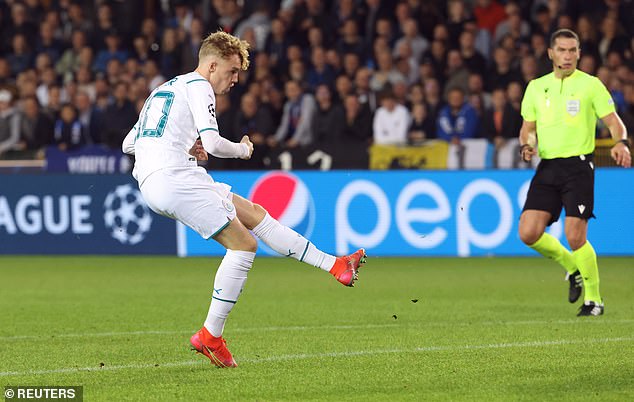