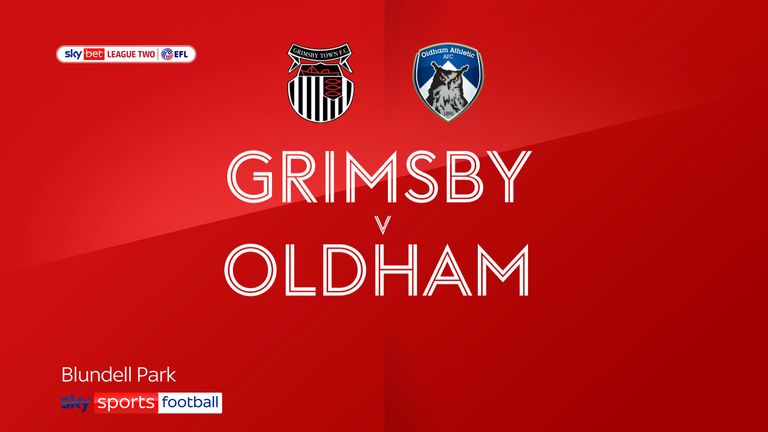 Grimsby picked up their first point since the departure of Ian Holloway courtesy of a 0-0 draw at home to mid-table Oldham.

Luke Waterfall sent an early header onto the roof of the net while Mattie Pollock forced Latics goalkeeper Ian Lawlor into a routine save.

At the other end, Jordan Barnett took aim from distance but it was the hosts who passed up the most inviting chance of the first half.

Owura Edwards was the guilty party, slicing horribly wide after jinking past two defenders on his way into the penalty area.

Upon the restart, Barnett flashed an inviting centre across goal before Dylan Fage saw his deflected attempt whistle past Sam Russell’s right-hand post.

Oldham captain Carl Piergianni glanced off target from a set-piece with 20 minutes left, with Barnett testing Russell for the first time late on.

Further chances proved to be at a premium, though, as both sides had to settle for a share of the spoils on a bitterly cold evening at Blundell Park.