Brighton boss Graham Potter believes his squad is “in the best place” since he was appointed manager in May 2019.

Potter guided the Seagulls to a new club record of 41 Premier League points last season – his first in charge – when they finished 15th in the table.

They are currently 16th after last week’s goalless home draw against Aston Villa and will bid to extend their six-game unbeaten league run against rivals Crystal Palace on Monday, live on Sky Sports.

“I think the group at the moment is in the best place since I’ve been here,” Potter said. “On and off the pitch.

“In terms of the performances and how we act as a group together, I think it’s the best.

“But at the same time that doesn’t necessarily transfer into points, you have to fight for those every day in the games.

“We just have to concentrate on the next one, which is Crystal Palace, which is a big game for lots of reasons.

“It’s an important game for our supporters, but an important one for us in terms of trying to get three points to keep that tally moving forward. That’s important for us.”

Brighton head into the latest round of Premier League fixtures seven points clear of the relegation zone.

Their last league defeat was at Manchester City in January and they have since beaten Tottenham and champions Liverpool at Anfield.

Palace boss Roy Hodgson, meanwhile, is under pressure following back to back defeats and Brighton will climb above them with victory at the Amex Stadium.

“We’re in a good moment, but in the Premier League you have to start again, I always say it,” Potter added. 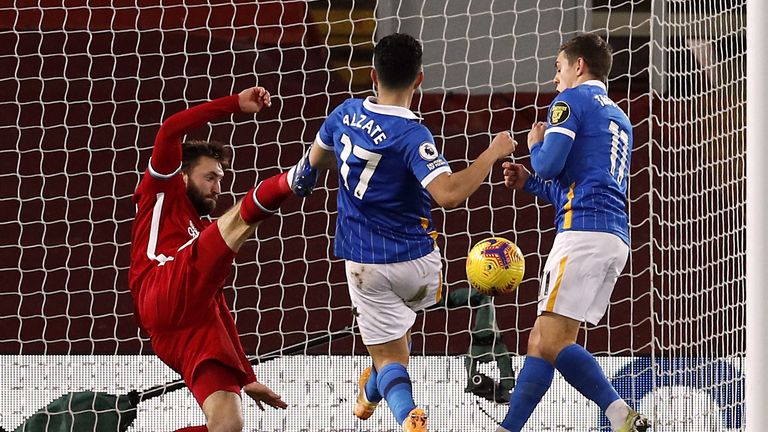 “No team cares too much what you did last week or yesterday or two weeks ago. Crystal Palace will turn up and they’ll want three points.

“They’ll be committed, organised. They will all be Premier League players looking to win the game, so we have to be mindful of that.

“But as always we’re respectful of the opposition and know we have to start again and fight for the points.”

Potter is hoping Alireza Jahanbakhsh can return to the squad after missing the last nine games due to a hamstring injury but Adam Webster (ankle) is unlikely to feature and Tariq Lamptey (hamstring) is definitely ruled out.