‘I’m staring into the Pacific thinking about Chelsea!’: Graham Potter admits Blues’ poor form before World Cup break almost RUINED his family holiday – but now he feels ‘even more confident’ ahead of the Premier League’s return

Graham Potter has admitted Chelsea’s poor form almost ruined his holiday with his wife because he was ‘staring into the Pacific Ocean’ thinking about the club’s dismal run before the World Cup break.

Potter, who succeeded Thomas Tuchel at Stamford Bridge in September, has seen his side slip to eighth after three successive losses.

He jetted to California with his wife Rachel during the World Cup break to meet up with co-owner Behdad Eghbali, the most significant investor behind chairman Todd Boehly. 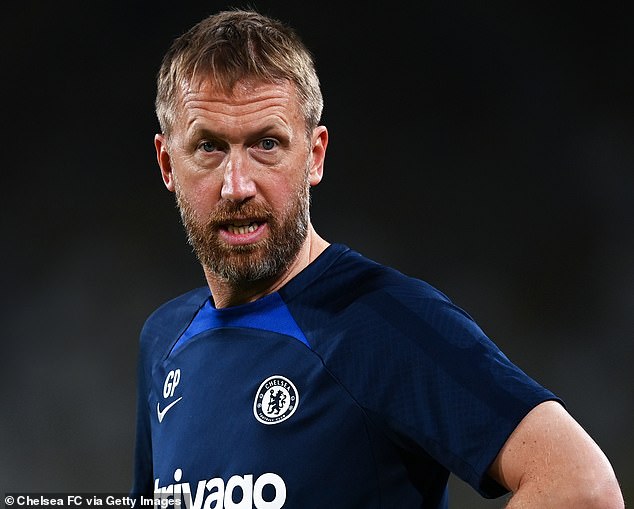 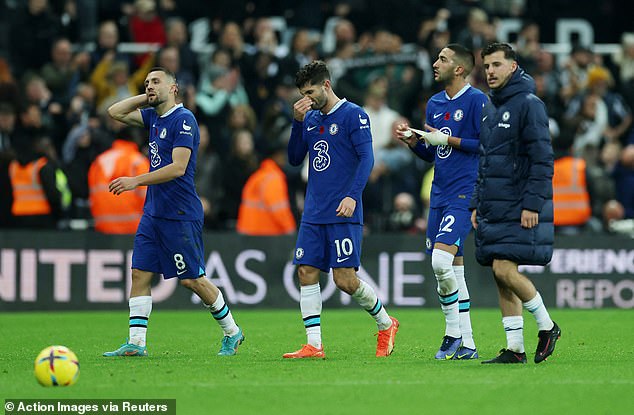 The Blues lost three games on the bounce going into the World Cup break, slipping to eighth

Speaking to reporters, Potter said: ‘I would rather have gone on holiday with a couple of wins behind me, because I probably would have been better company for my poor wife.

‘As it was, I’m staring into the Pacific Ocean, and she’s thinking about what a wonderful time we’re having, and I’m thinking about Chelsea Football Club.’

The 47-year-old admits that while it has been a frustrating run, he has been able to step away and focus on how to go forward from here.

He added: ‘But thankfully she’s been with me long enough to know that that’s how it is, and then you have to use the pain, the frustration, the disappointment of the last few weeks to say “OK, how can we go forward?”

‘And then, like anything, a bit of distance gives you that time, a bit of perspective, and then it’s about how you can start the process of integrating all the players back and taking the learning of that time and saying “OK, we need to show some direction here”.’

Chelsea return to Premier League action at Stamford Bridge on December 27 against Bournemouth, before a trip to Nottingham Forest on New Year’s Day.

Potter’s side then face the mammoth task of taking on Pep Guardiola’s Manchester City twice in three days – first in the league and then in the FA Cup 3rd Round.

The Chelsea manager admits he is feeling even more confident about his future after his meetings in California. 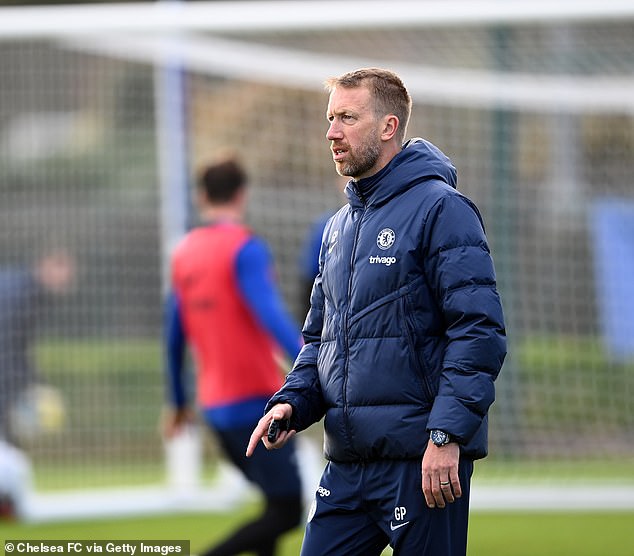 ‘When I was over in California I met with Behdad, so that was good, we had a good chat with him and there’s fantastic support,’ he added.  ‘So I’m really looking forward to the weeks, months and years ahead.

‘I’m even more confident, even more, aware of the support I have now than I was three months ago when I took the job.

‘So that tells you something. It’s a credit to them and their support and how they have communicated with me – it’s been fantastic.

‘We all know the pressure and the demands at this club but we have also got enough people who can see the perspective and where we are at to be able to say, “this is where we are, how can we improve?”‘