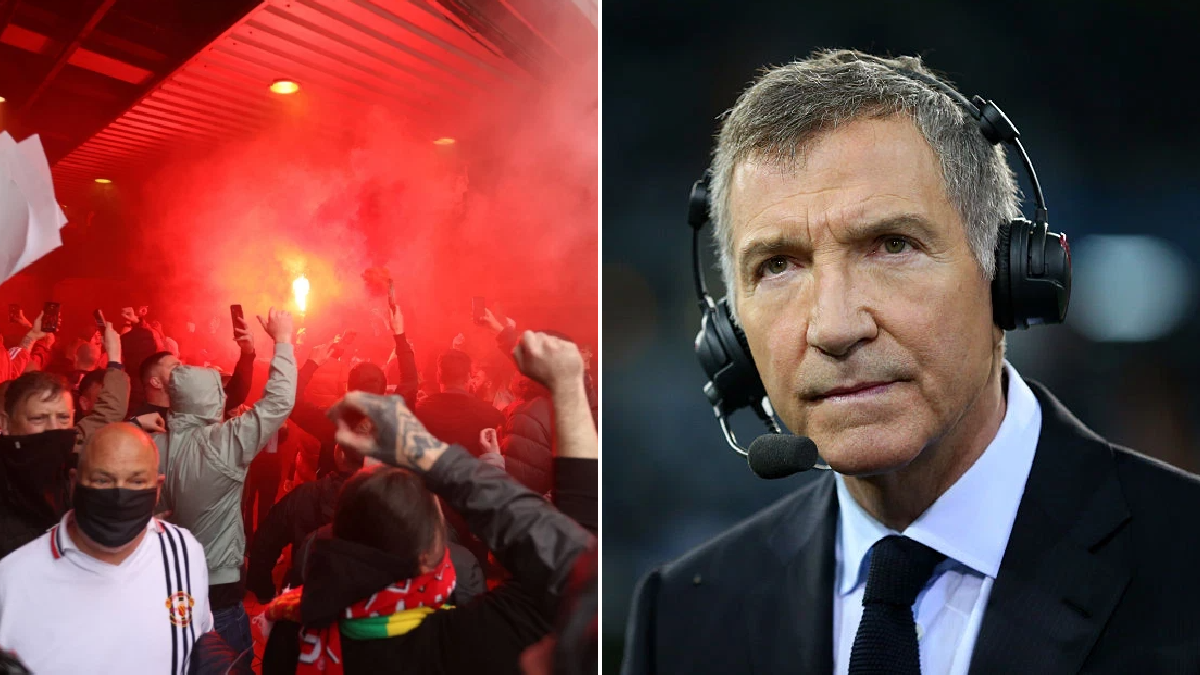 Graeme Souness has slammed a few ‘idiot’ Manchester United fans who threw objects up to Sky Sports’ studio inside Old Trafford, suggesting he and his fellow pundits ‘could have been killed’.

Fans protesting against the Glazer family forced their way into the stadium prior to Sunday’s Premier League clash between United and Liverpool, storming their way onto the pitch, with the match eventually postponed over safety concerns.

During their time on the pitch, a small number of supporters came over to Sky Sports’ stage, which has been temporarily constructed in the stands, and chucked a lit flare and a beer can towards the pundits, which also included Roy Keane, Micah Richards and presenter Dave Jones.

While much of the punditry team gave their backing to the protestors, Souness slammed some of the more unsavoury scenes and felt he or his colleagues could have been permanently scared – or worse – when things escalated.

Speaking on Sky Sports, he said: ‘Let’s not mess around, we’re all skirting around it, let’s be honest: someone has thrown a flair up to this stage today. If that had hit any one of us we’d be lying in a hospital permanently scared on one side of our face wherever it hit is.

‘So that isn’t a laughable situation. Someone threw a full can of beer at us. Again, that clips you in the wrong place, that might even kill you.

‘So let’s not mess about, let’s not be tippy-tapping around the situation and the reality of it. That is unacceptable. Something has happened out there for this game to be postponed.’

When Keane suggested that protests will always have ‘a couple of idiots’ who try and escalate tensions, Souness continued: ‘Forget us. We’re used to it, the way you played, the way I played, we’re used to it. Shout as much abuse as you want.

‘But that goes way beyond the acceptable. A lit flare! And if you care to take a camera down there [points beneath stage] you’ll see it’s hit the underneath of the stage we’re standing on and it’s then dropped off and burnt a great big hole in the tarpaulin down there.

‘A flare – do you remember there was a kid killed by a flare down in Cardiff a few years ago. You can’t underplay it.’

‘Because that would have marked someone permanently for life. They would have carried that mark with them for the rest of their life if it hit them on the back of the neck, the head, wherever. Or the beer can, a full beer can, hits you on the side of the head, on your temple.

‘I get the feeling we’re sitting here saying, “Yeah it’s a demonstration, it’s quite right they demonstrated” but there’s been a village idiot out there who could have cost someone their life today.’