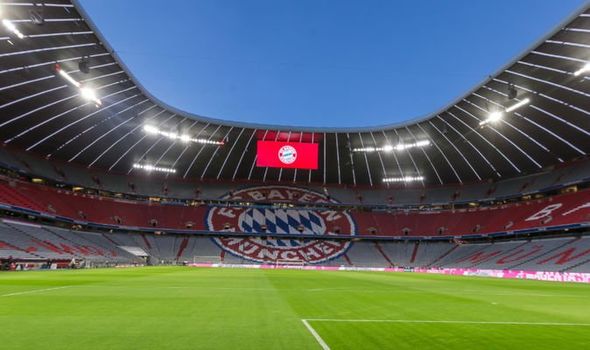 The Bundesliga has had to push back their restart date by a week after coronavirus cases in Germany rose as their lockdown restrictions were eased. Clubs have already returned to training and were preparing to resume the fixtures on May 8.

However, they must now wait until at least May 16 after the coronavirus curve began to spike.

Germany are to introduce a number of strict regulations which include a sex ban, players going to matches on separate busses and stars to wear masks when they play.

All of the remaining game will also take place behind closed doors with a maximum of 300 people present.

The news will come as a big blow to the Premier League, who are looking at their European counterparts to see how they can move forward.

UEFA has already been informed that the French, Belgian and Dutch top division will end their seasons early.

That has intensified the pressure on the Premier League, La Liga and Bundesliga to also cancel their remaining fixtures.

There are fears over the safety of players as a second wave of infections could surface should lockdown restrictions be relaxed too early.

Meanwhile, Bayern Munich full-back Alphonso Davies has lifted the lid on what it was like to return to training after weeks of isolation.

He told the BBC: “Trying to resume matches on the 9th, I think that’s their way of saying they know the players are safe.

“They know that everyone is going to be safe on the field.

“Coming back to the first training session, it was like going back to school again.

“Being inside for almost two weeks and not seeing anyone – just seeing them on video – it was good to see everyone again, run around and kick a ball. 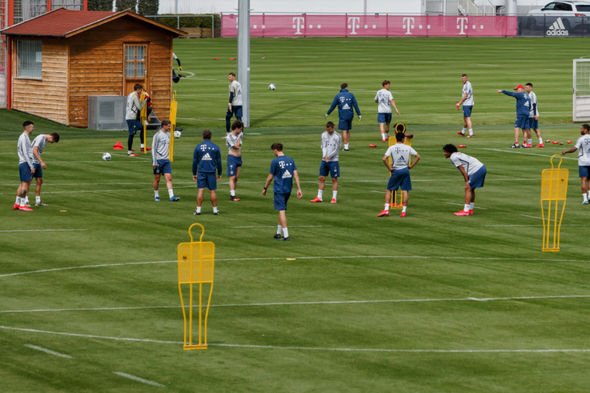 “We start training about 10:15 in individual groups of about six. We do our assignments for that day. We don’t high five or fist pump each other – we try to keep a safe distance.

“We don’t have set-pieces. We are just getting back our touches and fitness, some passing, some shooting, some running. It keeps us in shape.

“It keeps us getting ready for when they say if we’re going to play or not. As of now, we’re just trying to keep fit.

“We get the training done, go home, shower and stay at home”