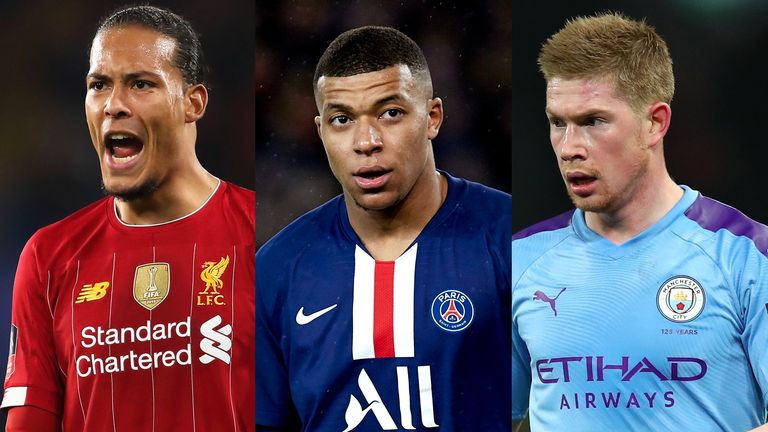 The Sky Sports pundits made their selections on The Football Show following the start of the NFL draft on Thursday.

Mbappe came out on top but there were contrasting views on other players, with Neville including more Liverpool stars than Carragher and only one of the pair naming Lionel Messi in their top 10.

Carra: ‘Mbappe will be world’s best’ 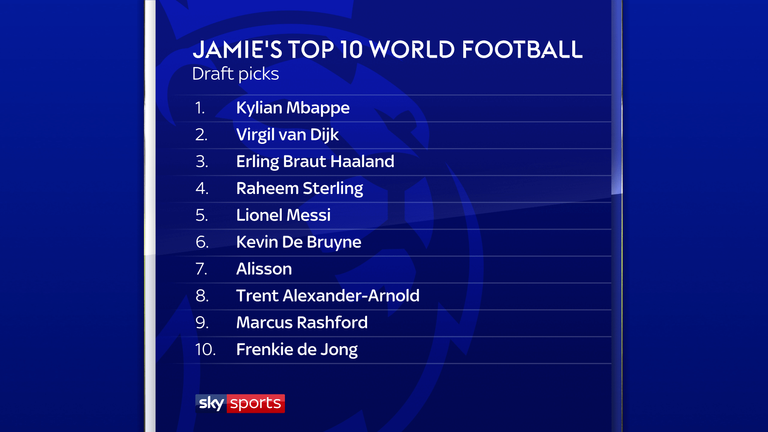 On naming Mbappe as his first choice, Carragher explained: “I think he’s very close to being the best player in the world and that’s going to happen in the next two or three years, so I certainly think he would be number one.”

Carragher’s list is dominated by younger players, but he still found room for Messi, who turns 33 in June.

“This draft is over five years, so a lot of my players are a good age to go on over the next five years and be the best players in the world,” he said.

“But I think with Messi, he’s just that good. For years, we’ve been saying maybe he’s not the same, he’s not running about everywhere. 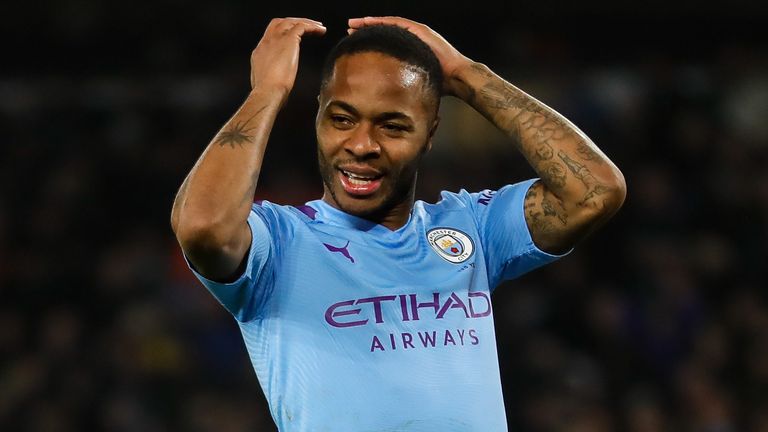 “But he can still score goals walking around the pitch, so I’ve got no problem picking Messi. He’s the only one I went for over 30, but I still think he could produce over the next two or three years, definitely.”

Explaining his decision to select Raheem Sterling while leaving out Sadio Mane, Carragher added: “I think right now if you were buying him you would be buying him for the future as well.

“The thing I love about Sterling is that, and this is if I was buying someone over a five-year period, he is never injured. His high-intensity running is off the scale and he’s getting lots of goals as well.

“Mane would probably have the edge on the back of this season, but with Mane in his late twenties and Raheem being 25, that’s why I’ve gone for Raheem. He’s a brilliant player who will get better in the future.” 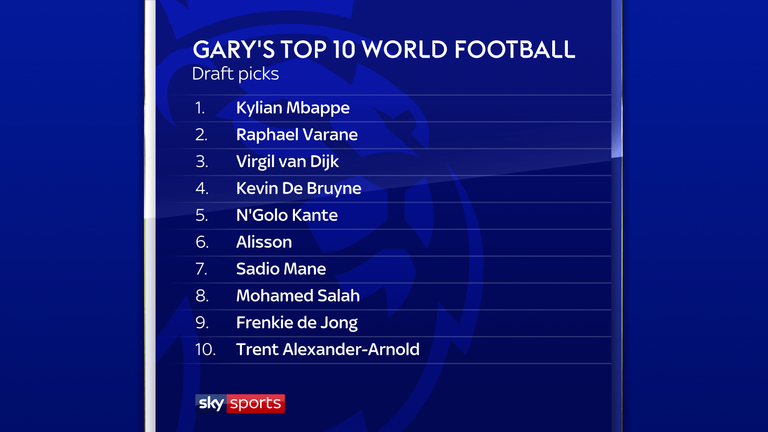 Despite his Manchester United allegiances, Neville explained there was nothing surprising about the inclusion of five Liverpool players in his top 10.

“If you look at Liverpool in the last two seasons, they have got to two Champions League finals and they are well clear at the top of the Premier League,” he said.

“Our league has had a real resurgence and I think that’s because we’ve had the best managers in the world here over the last few years and that’s driven us back to the top. “I think the Liverpool team at the moment is the best in our league and the best in Europe, so I don’t think it’s that big a surprise really.”

Carragher questioned his inclusion of Mane and Salah, given their ages, but Neville was adamant about his selection’s superiority.

“You picked Messi, I picked Mane and Salah,” he said. One player who didn’t make the cut for either Neville or Carragher was Borussia Dortmund’s Jadon Sancho, who has been tipped for a big-money move to the Premier League this summer.

“I think we’ve got an amazing group of young players in England, but we have to think about the other players that exist,” said Neville. “We are not the only country in the world.

“Jadon Sancho is a talent, but we can’t start putting him in the category of these world stars who are winning European Cups and World Cups regularly.

“That’s why I put Raphael Varane ahead of Virgil van Dijk. He’s won so many European Cups, a World Cup, he’s an amazing player.”

Carragher, meanwhile, had no hesitation in picking Manchester United’s Marcus Rashford over Sancho.

“I think Rashford is playing in one of the biggest clubs in the world,” he said. “I think Dortmund is just a level below the real elite.

“He’s the next one who is going to get that big move to England, whether it’s this summer or next summer, but if England were going to the Euros now, I think it’s more likely that Rashford would be in that team.