Raheem Sterling has been a key man for England for four years but his form has dipped at the WORST possible time… still, even with Phil Foden and Jack Grealish pushing for starts, Gareth Southgate won’t drop the Manchester City star, will he?

What do statistics tell us? Sometimes, quite a lot — especially when it comes to Raheem Sterling.

For example, Sterling has been fit and available for 25 meaningful England internationals, excluding friendlies and the occasional dead rubber, since being left out of the team to play Slovakia in a World Cup qualifier in September 2017.

The Manchester City forward has been selected to start all bar one of those games, a match against Montenegro at Wembley in November 2019 from which he was stood down after an altercation with Joe Gomez at St George’s Park. 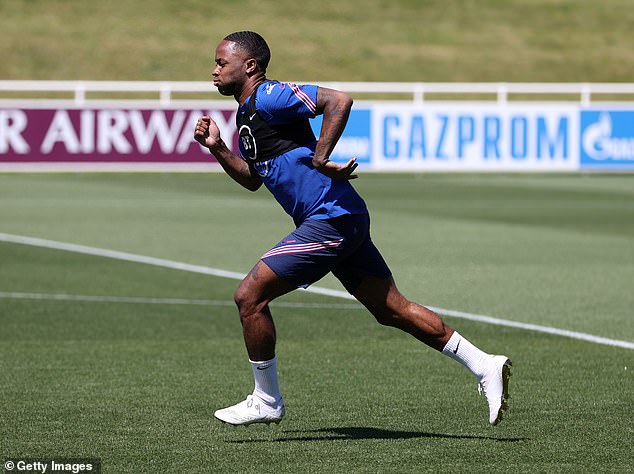 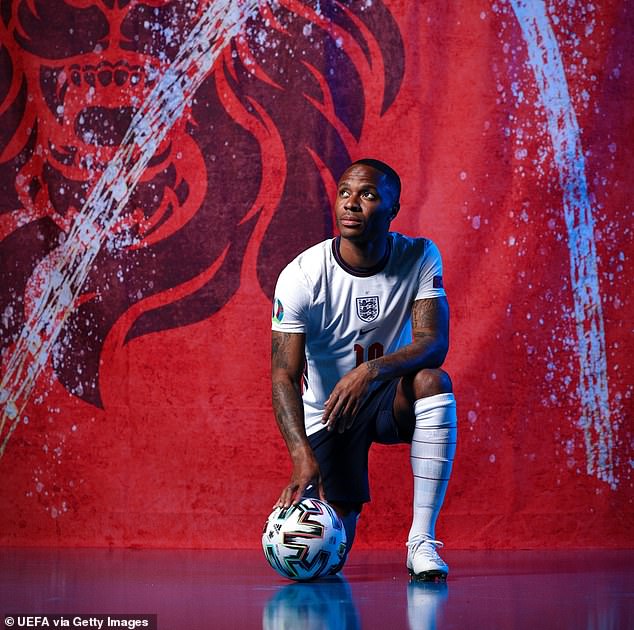 The Manchester City winger, posing for his Euro 2020 portrait, could be axed against Croatia

So this tells us something about Gareth Southgate’s admiration for the 26–year-old. For pretty much all of Southgate’s time in charge of England, Sterling has been a certain pick, which in turn makes the decision regarding his selection or otherwise for Sunday’s Euro 2020 opener against Croatia feel all the more fundamental.

Southgate’s instincts tell him not to pick players who are not playing for their clubs and Sterling has not been playing for City regularly since being dropped after the Manchester derby defeat at the start of March.

Equally, Southgate’s alternatives, players like Jack Grealish and Sterling’s City team-mate Phil Foden, have spent some of that time presenting convincing arguments to be included ahead of him.

Grealish — so impressive whenever he has pulled on an England shirt — would appear to have the weight of public opinion behind him. Foden, meanwhile, has turned up at camp looking like Paul Gascoigne and nobody has baulked at wider comparisons. That says something.

But Southgate always picks Sterling. He just does.

Along with Harry Kane, Marcus Rashford, Jordan Henderson and Harry Maguire, Sterling has long been one of the players around whom the manager has constructed his team. 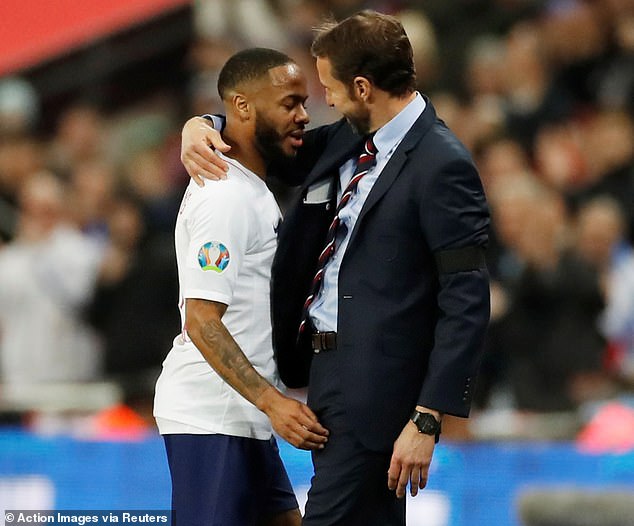 To swim upstream from that now would be a huge call, especially given that the absence through injury of Henderson and Maguire has left Sunday’s prospective starting XI with such a green tinge. The problem, and it is a significant one, is Sterling’s genuine and clear lack of form.

For the former Liverpool player to contribute fully to England’s cause would require a huge and immediate uptick on anything he has produced in the Premier League since late winter.

Having been dropped after that defeat by United on March 7, he was only picked for one league game in two months by Pep Guardiola. That was a home defeat by Leeds, notable for an under-strength side fielded by Guardiola for a game sandwiched between two Champions League legs against Borussia Dortmund.

Sterling played 90 minutes against Leeds and a total of two minutes as a substitute across the two Dortmund games.

He played a little more — eight minutes — as City beat Paris Saint-Germain in the semi-final and was then selected out of nowhere for his club’s defeat by Chelsea in the final 11 days ago. 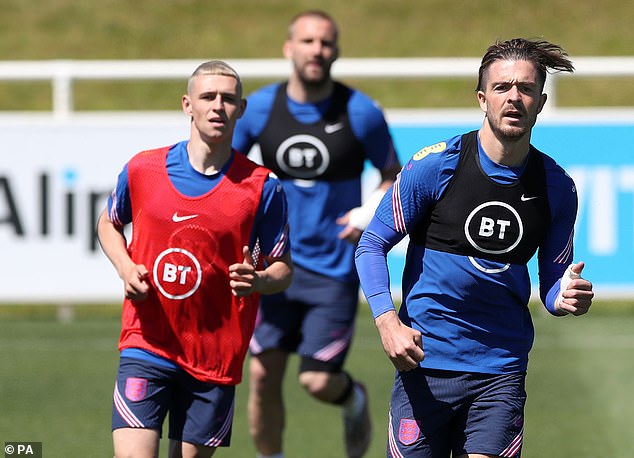 Sterling’s relationship with Guardiola has never been an exceptionally close one. ‘Functional’ is how it is described by those who know.

But he is not alone there. What is more telling is that the City manager has simply misplaced a little faith in the forward as a footballer.

Guardiola described Sterling as ‘brilliant’ and ‘amazing’ after he played in City’s Carabao Cup final win over Tottenham in April. ‘The last weeks, he has trained well in every session,’ added Guardiola, appearing to hint either deliberately or accidentally that maybe this had not always been the case this season.

At City, there is no active push to sell a player who has been so crucial to what they have achieved under Guardiola. It is thought they may listen to offers, though Sterling has made it known he has no wish to be a makeweight in any kind of big incoming transfer. 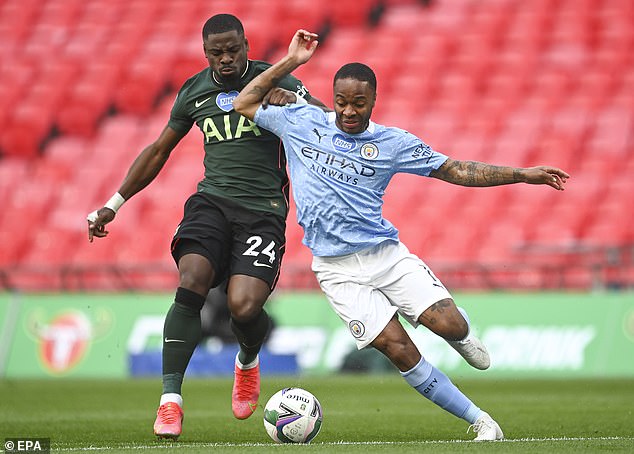 If he goes, it would be because somebody wants him and it would be on his terms. It would have to be a ‘headline’ transfer.

At his best, Sterling is an almost unplayable, instinctive and free-running footballer and the more palatable and perhaps more likely solution to all this in the long-term is simply that he gets his form back. There is not a player in Southgate’s squad who has not suffered similar vicissitudes.

Should Sterling need a reminder of just what can happen, he need only look across the dining-room table at his club-mate John Stones. Who would have had the 27-year-old defender in Southgate’s team for the Euros had it been selected a year ago?

The problem for Sterling is that his fallow period has come now, at exactly the wrong time.

When he played in a free hit against San Marino in March, Sterling was Southgate’s captain. He was guilty that night of trying far too hard. At times, he just looked muddled. 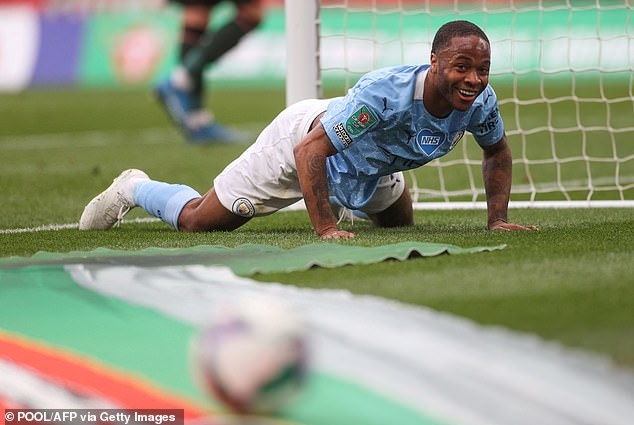 Foden spoke of Sterling’s enduring gifts just this week, saying: ‘His goals speak for themselves. Raheem could be a really important player for us.’

Nevertheless, this is an England squad in which things have moved terribly fast since the last World Cup. The last time Sterling was not selected on merit — back in that game in September 2017 — Joe Hart, Ryan Bertrand and Phil Jones were in the team. Jake Livermore came off the bench.

Southgate has turned to Sterling just about every time that it has really mattered since then.

Ahead of a game England simply cannot afford to lose on Sunday, it would still feel like a shock if one of England’s most gifted attacking players turned up at Wembley to find somebody else’s shirt hanging on his peg.