Gareth Southgate admitted he has unfinished business at club level as he signed a new three-year deal as England manager to take him beyond the next World Cup and Euro 2024.

The 51-year-old, who this summer became the first England manager to reach a major final since 1966, has been rewarded for five years of progress with a £5million-a-year deal until the winter of 2024.

And after suffering relegation as the Middlesbrough boss in 2009, his only club role to date, Southgate said: ‘There is the obvious challenge because people view my club management purely through the eyes of a relegation. 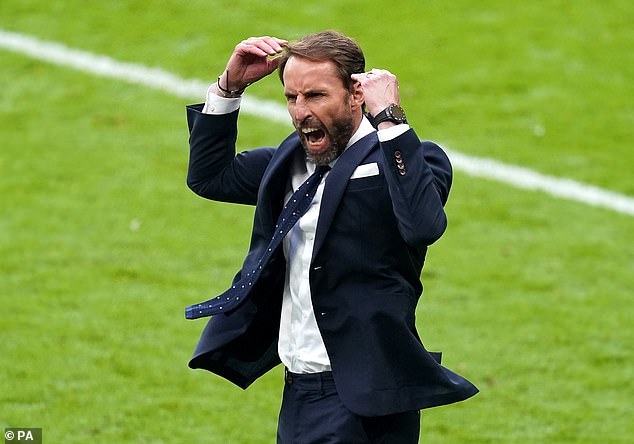 ‘There is the obvious part of you that wants to prove people wrong. There will be a day when I do that, I’m sure.’

Southgate is the most successful Three Lions boss since World Cup winner Sir Alf Ramsey in 1966, and his new deal is a significant increase on his previous terms.

He was earning £3m-a-year, but will meet the £5m figure if performance bonuses are met during the rest of his time in charge. 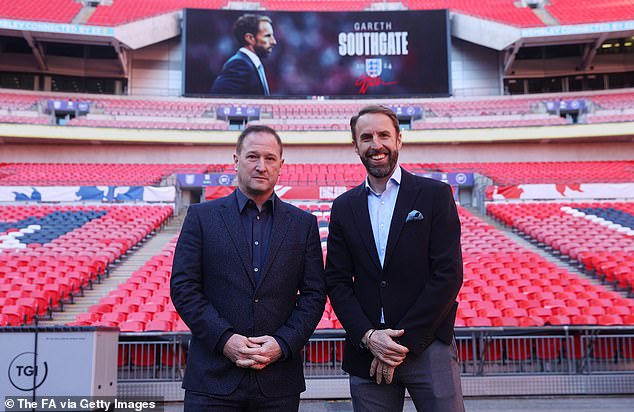 Sportsmail revealed earlier this month that Southgate had agreed a deal in principle and that it would be announced once qualification for next winter’s World Cup in Qatar had been secured.

This contract will see Southgate and his assistant Steve Holland – who has also signed a new deal – take the team to Qatar and then into the European Championship in Germany that follow in the summer of 2024.

Southgate said: ‘I am delighted that Steve and I have been able to increase our stay in our respective roles.

‘It remains an incredible privilege to lead this team. We have a great opportunity in front of us.’ 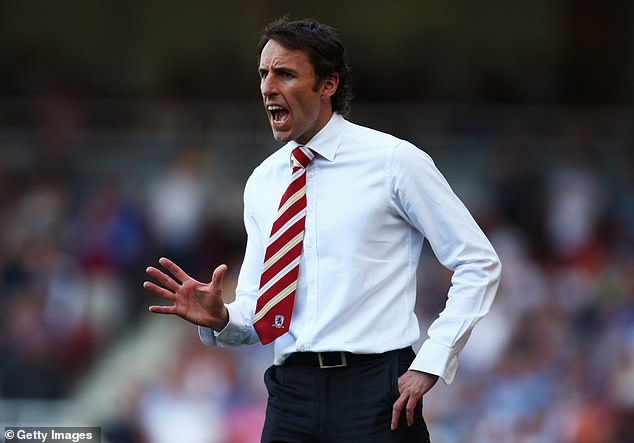 But Southgate suffered relegation as Middlesbrough boss in 2009, his only club role to date

Southgate originally took charge of the England team in a temporary capacity after Sam Allardyce left the post after just one game in September 2016.

He then signed a contract to do the job full-time two months later.

In his five years as coach Southgate has taken England to the World Cup semi-final in Russia in 2018 and to July’s Euros final against Italy at Wembley.

He also led England to the finals of the inaugural Nations League in summer 2019.