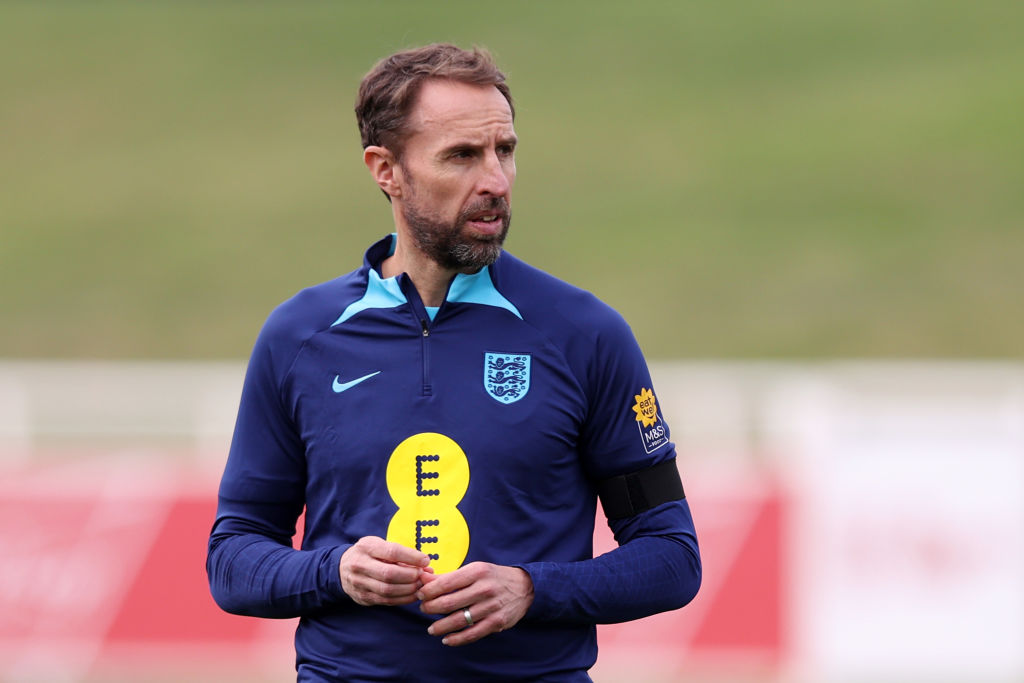 Gareth Southgate has vowed he will continue to pick Harry Maguire for England as there is currently no one better to take his place and insists he did not feel ‘sore’ after the 4-0 loss to Hungary in June.

Maguire has not started a Premier League game for Manchester United since the back-to-back defeats against Brighton and Brentford to open the season.

There have been calls for the out-of-favour centre-back to be dropped for Friday’s penultimate Nations League Group A3 tie against Italy in Milan but Three Lions boss Southgate believes Maguire is still one of the top English defenders.

‘You always have to back your judgement and we feel he is an important player,’ said Southgate, who joked he was putting ‘whatever reputation I have’ on the line by picking Maguire.

‘He is our most dominant aerial centre-back. Him and John [Stones] are incredible with the ball.’

England have not beaten Italy away since 1961 and come into the match after three months of waiting to put right that defeat to Hungary.

Southgate, who was taunted with chants of ‘you’re getting sacked in the morning’ by England fans at Molineux, says he expected nothing less than to be strongly criticised.

‘No, I’m the manager of England and you’re judged purely on results and in the moment so after 30-plus years in football I know how it works with fans,’ he added.

‘The most important thing is the players are together, the staff, and I am supported by the people I work with.

‘I am my own biggest critic, I am somebody who will always review everything intently, however well it has gone, and you don’t expect to lose 4-0 at home and not be criticised.’

And Southgate claims he is not hurting after his treatment from home supporters that night, despite having the summer to live with the heavy defeat.

‘No, I am not sore, it’s pointless me worrying about how others might see you because you can’t affect that. You can’t do anything about that,’ he said.

And he felt lessons have already been learned  from a poor Nations League campaign.

Southgate explained: ‘I compromised certain decisions and you don’t win if you compromise. It was good for me to sharpen that focus again. I’ve got to be completely ruthless.’