Wales captain Gareth Bale insisted that the fact he hasn’t scored for his country in 11 games was no concern and that leading his side in the Euros on Saturday was one of the highlights of his career.

Wales, who badly need to beat Switzerland in their tough group, are relying on Bale’s match-winning quality, with question marks over Aaron Ramsey’s fitness.

‘It doesn’t matter who scores. It matters about the result,’ Bale said. ‘Obviously haven’t scored for a while but I’ve made maybe six or seven assists that time. So I’m still contributing in terms of goals. So I’m not worried. I know where the back of a net is and hopefully if a chance arises I’ll be able to take it.’ 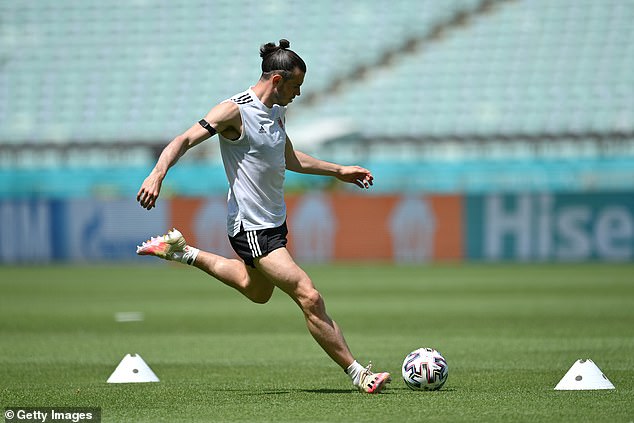 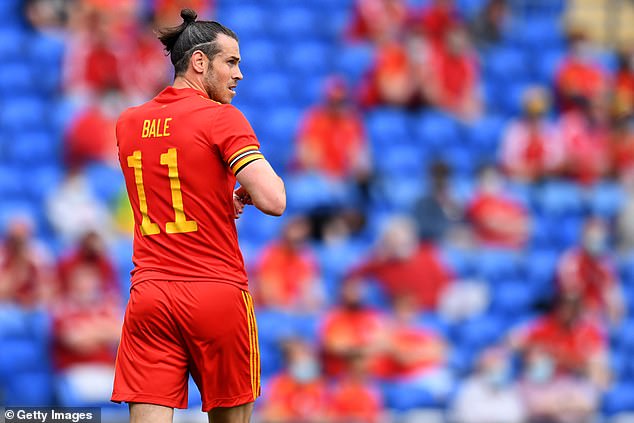 Bale is one a number of the Wales old guard who have played fewer games this season, with chances limited until Jose Mourinho was sacked and the club were freed of his negativity.

Bale said: ‘I feel good. I feel very sharp, fit, ready to go. I’ve obviously scored quite a few goals in the last three or four months of the season and felt my performances were getting better and better each game. So I’ve timed my fitness hopefully to perfection and hopefully I can continue that in this group.’

Wales interim manager Rob Page said he was not concerned that Ramsey didn’t train on Thursday. 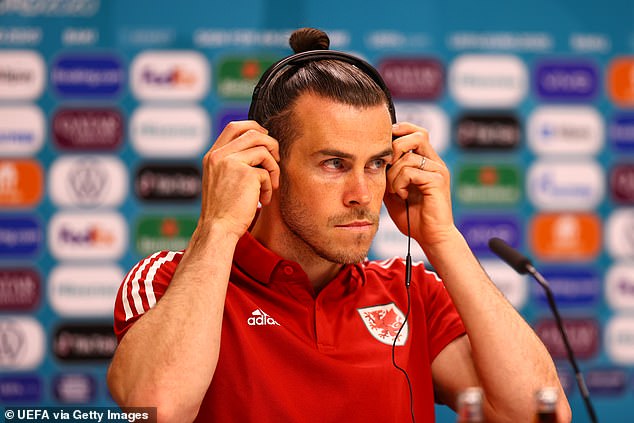 However, the Dragons’ captain says he contributes in attack despite the lack of goals

‘That was always part of the plan,’ he said. ‘We’ve had a plan for the last three weeks. We’ve worked backwards from Switzerland. We knew the starting XI. We wanted to get the players on the pitch, get the minutes up for whoever needed it.

‘The two friendlies we used as a tool to achieve that and Aaron has always been part of the process. I think he said yesterday when he did press that he’s in a good place mentally and physically, and that’s great news for us.’

Page revealed he has been in regular contact with Ryan Giggs – who stepped aside when charged with assaulting his girlfriend, which he denies. The interim manager hinted that he will, as expected, go with a system of two wide men and a false No 9 rather than employ the target man Kieffer Moore, as many fans would prefer. 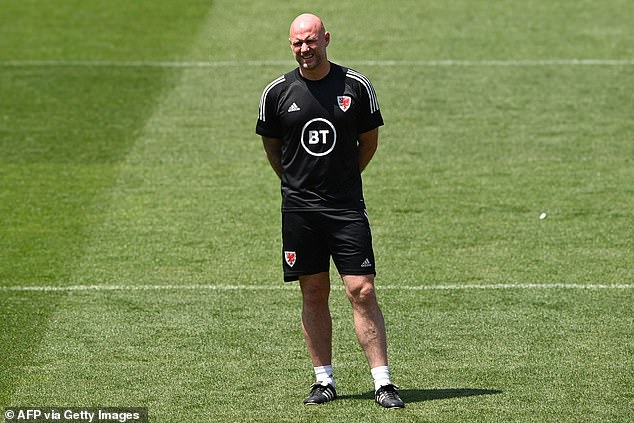 Page said: ‘We have shown in the past that we can play 3-4-3 and get two centre-forwards coming inside and playing with a false nine. We can do that. We can also play with a back four so we can mix it up.

‘We want to get the best eleven on the pitch. I’ve had a team in mind for a few weeks now. We have been working backwards to achieve what we want to get against Switzerland.

‘How do we get those players physically and mentally in the right frame of mind? We’ve used the two friendlies to achieve that. It’s gone well. Thankfully today we’re turning up for training 24 hours before the first game with every player fit and ready to go.’