Gabriel Jesus has labelled Arsenal and Brazil team-mate Gabriel Martinelli an ‘animal’ as the young forward never tires. The pair have linked up at club level for the first time since Jesus’ £45million transfer from Premier League champions Manchester City.

Jesus has enjoyed a successful pre-season so far, finding the net three times for Mikel Arteta’s side. Arteta was desperate to bring in the striker to score the goals required to finally get Arsenal into the Champions League.

The 25-year-old has acclimatised himself well and is getting to know his new team-mates. And Martinelli has clearly caught his attention as Arsenal prepare for their Premier League opener against Crystal Palace.

JUST IN: West Ham in advanced talks with Scamacca after Arsenal transfer rumour 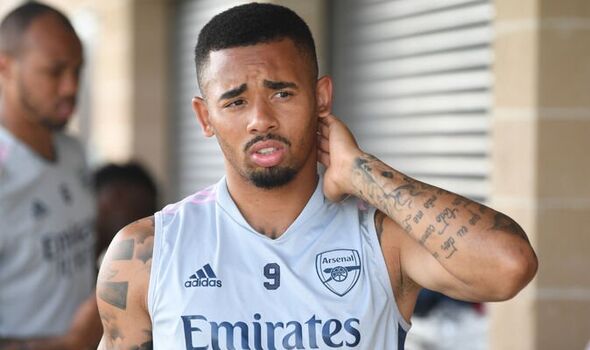 The forward had grown frustrated at City and felt that he required a new challenge this summer. The arrivals of Erling Haaland and Julian Alvarez placed him further down the pecking order under Pep Guardiola.

Arteta – who worked with Jesus when he was assistant coach at City – made the former Palmeiras man his top target and finally secured a £45m move. Arsenal struggled for goals from their forwards last term, with Alexandre Lacazette netting just four times in the top-flight.

Eddie Nketiah scored 10 times across all competitions and has been rewarded with a long-term contract to provide back-up to Jesus. 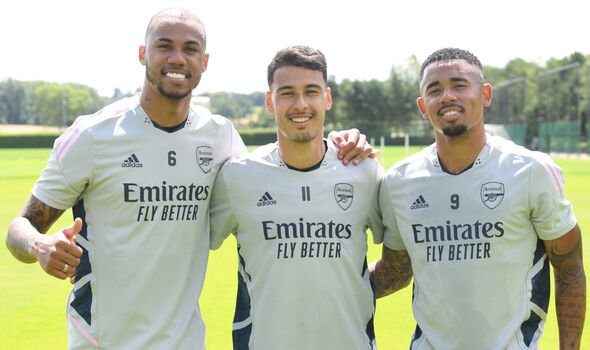 “I needed to play football with a smile on my face again. My mother watched our game [against Orlando City] and called me to say, ‘I can see you’re different, you’re playing happy!’. I got emotional hearing that.

“[My new team-mates] at the club are so hungry, they’re desperate to get this club back to winning a Premier League after 20 years. This kind of challenge excites me a lot to be here.”

Meanwhile, Arsenal are closing in on confirming Oleksandr Zinchenko as their fifth summer arrival. Jesus’ former City team-mate is expected to join in a deal worth around £32m.