Fulham missed the chance to move out of the bottom three for the first time since December, losing 2-1 to Leeds thanks to Raphinha’s winner.

Scott Parker’s side knew a victory would send them into 17th ahead of Brighton vs Newcastle on Saturday evening – but a slow start saw Luke Ayling nod home inside ten minutes – before VAR ruled it out for offside.

Bamford took advantage of some lax defending when he fired home Leeds’ deserved opener in the 29th minute. Against the run of play, Fulham then equalised just before the break as Joachim Andersen scooped home his first Fulham goal.

Leeds retook the lead not long after the break as Bamford set-up Raphinha (58) for a superbly taken goal, with Fulham unable to muster a reply, having just two shots on target in the second half.

It’s an opportunity missed for Fulham, who remain in 18th place and two points from safety, having played two more games than Newcastle and Brighton immediately above. Leeds move above Crystal Palace into 11th place and have completed their first league double over Fulham since the 1984-85 campaign in the second tier.

How Leeds saw off Fulham 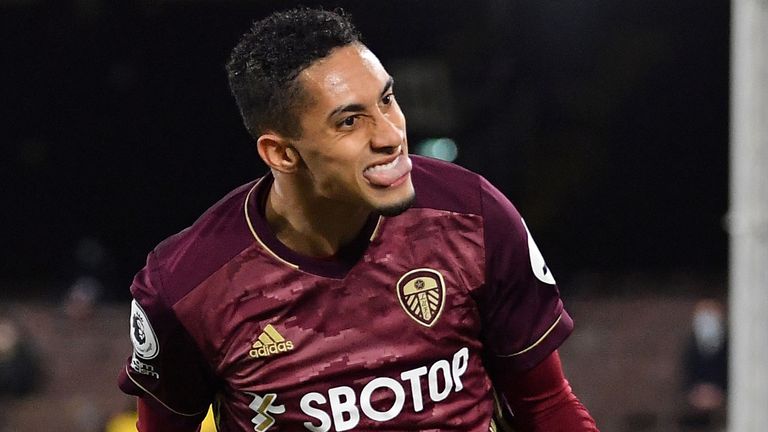 Leeds began the game well, and thought they had gone ahead inside eight minutes. It was a superb header from Luke Ayling as he nodded home Tyler Roberts’ cross, letting down his trademark top knot during his celebration. However, VAR had a long look and eventually ruled it out for offside against Roberts in the build-up.

Leeds had another offside goal ruled out in the 20th minute, but this was a much easier decision. Raphinha fired home into the far corner, but the flag was well raised. Illan Meslier then pulled off a sensational save at the other end in Fulham’s first real opening, pushing away Josh Maja’s shot before Ayling booted the ball off the line.

Man of the match: Patrick Bamford.

But Leeds finally scored a goal that counted just before the half-hour mark. After being played through by Jack Harrison, Bamford peeled away from Tosin Adarabioyo before thundering a shot beyond Alphonse Areola, showing England manager Gareth Southgate what he is missing after missing out on a call-up earlier in the week.

Seemingly from nowhere though, Fulham equalised. Leeds’ defending was chaotic as Ademola Lookman delivered a corner, with Andersen able to curl his foot around Ayling to prod the ball home. It lit a fire underneath the hosts too, with Andre-Frank Zambo Anguissa firing goalwards just after, but Meslier was there again to make a vital save.

Both sides had chances early in the second half – Jack Harrison firing at Meslier and Ademola Lookman scuffing a golden chance – but Leeds went back ahead just before the hour. Bamford sped away down the field, skipping past Andersen, before playing Raphinha through. Despite having defenders either side and the goalkeeper to beat, the Brazilian did superbly well before slotting home past Areola.

Leeds began to dominate proceedings as the half continued with Fulham looking lost in front of goal. In the pick of the visitors’ chances, Raphinha fired wide before Stuart Dallas just dragged a shot past the far post. Areola then tipped an Ezgjan Alisoki effort past the post. 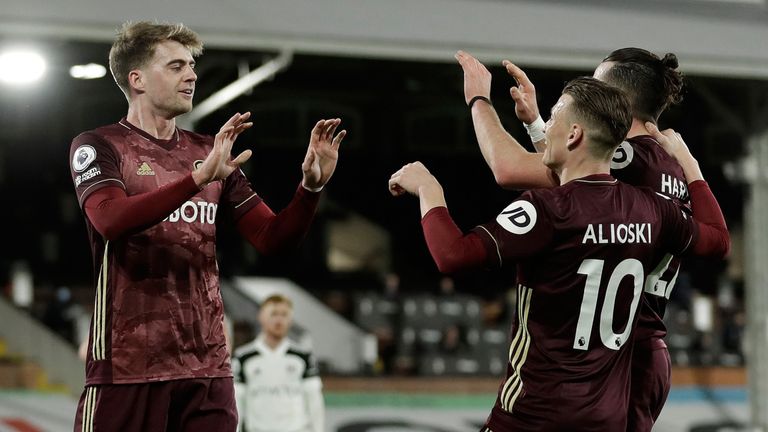 Fulham had a golden chance in the first of five minutes of added time. Lookman sent a wonderful corner into the area, with Anguissa’s flick inadvertently sent back through the area by Pascal Strujik. However, Aleksander Mitrovic was unable to convert as Leeds won the goal kick, capping a frustrating evening for Fulham.

Man of the match – Patrick Bamford

All eyes were on Bamford after he was left out of Southgate’s latest England squad, but he shrugged off the pressure just as he shrugged of Adarabioyo for his goal. It was wonderfully taken and he extends his good run of scoring against Fulham.

He also added a lovely assist for Raphinha’s winner, who was also superb on Friday evening. The only downside was a potential knock picked up, but it was still a great performance.

Speaking to Sky Sports after the game, Bamford said of not being in the England squad: “I think every player who gets called up fully deserves it. There’s a lot of people who may have thought they would’ve got called up and are slightly disappointed, but I’ve just got to keep doing what I’m doing. I need to keep putting my name in contention for the Euros.

“As long as I keep going the way that I am, I might be in with a shot. Who knows? I just have to keep working hard for my club. At the start of the season, if you’d have told me I’d be linked with England, I’d have said ‘you’re bonkers’.

“So I think I’ve come a long way and I can’t be too upset as it’s something I wasn’t dreaming of at the start of the season. It’s one of those things that I’ll still keep working towards.

“It was in the back of my mind a little bit, I guess. But I was just trying to get through as much of the game as I could. It always gives you a bit more fire in your belly.”

What the managers said

Fulham boss Scott Parker said: “I was disappointed tonight. We didn’t deserve anything from the game really and the best team won tonight. I thought we huffed and puffed in the first half and were perhaps fortunate to go in at 1-1.

“In saying that, in the second half we miss a massive chance just before they score just over 20 seconds after. But I think it’s fair to say the best team won tonight. We struggled at times, and that was disappointing.

“We didn’t cope well enough with their intensity. The way Leeds play, they make the game end-to-end, they want the game to be like a basketball match. We spoke about having cool heads in those moments to gain control.

“It’s easier said than done, of course it is, but we struggled with that at times tonight. We didn’t deserve much from the game. You’re always in the game with Leeds. You always have a chance because of the way they play, but tonight wasn’t something we’ve come to see.

“Our work ethic and desire was there but we just fell short in certain moments.”

Leeds boss Marcelo Bielsa said: “We ran a lot, we defended and we attacked all of us and we deserved the triumph we have taken.

“There was certain leadership from certain players that helps a lot.

“Fundamentally, the win was deserved and I thought it was a collective game with generosity from a lot of players.

“They talk a lot about this situation [not winning in London] and I’m glad it is over. I hope it doesn’t last that long again.”