French police to deploy 3,000 officers on Champs-Elysees and outside Parc des Princes with 2,000 masks to be handed out to fans as extra security measures are put in place ahead of PSG’s Champions League final showdown with Bayern Munich

With Paris Saint-Germain looking to become only the second French club to win the Champions League, around 3,000 police will be deployed on the Champs-Elysees and outside the club’s stadium on Sunday night to prevent wild fan celebrations amid coronavirus concerns.

Interior Minister Gerald Darmanin announced the measures on Saturday. To encourage preventative measures, 2,000 masks will be distributed to fans who arrive without them.

In a bid to keep the numbers down, 17 subway stations will be shut and three ring road entry points into Paris will be closed off. 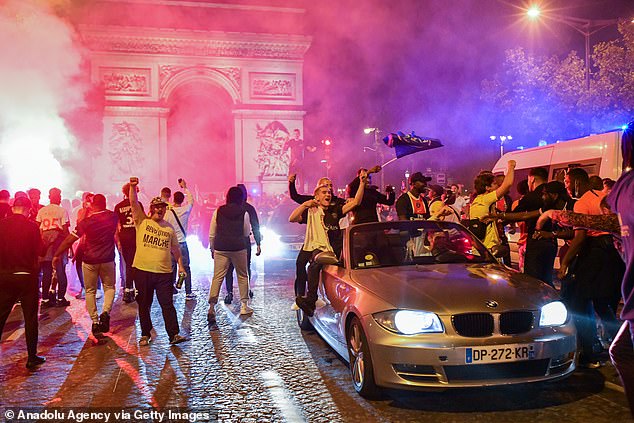 Around 3,000 police will be deployed to the Champs-Elysees for the Champions League final 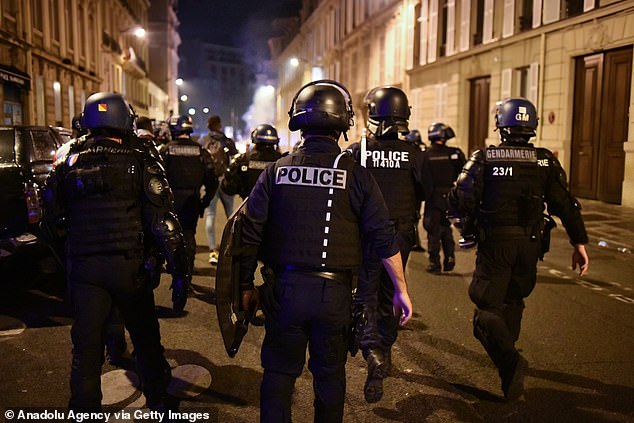 ‘Not only so things take place in the best way possible in terms of public security, but obviously so that the wearing of masks can be ensured,’ Darmanin said.

PSG face five-time champions Bayern Munich in Lisbon, but all eyes will be on the game in bars and cafes back home. With virus cases increasing, authorities want to avoid scenes like Tuesday, when raucous fans celebrated reaching the final for the first time in the club’s 50-year history.

Thousands poured onto the famed Champs-Elysees, some on scooters or hanging out of cars, lighting up the night sky with flares as they danced and cheered wildly. Many were without face masks as social distancing disappeared entirely amid the hugging and jubilation.

Police arrested 36 people after throngs at the foot of the Arc de Triomphe degenerated into scattered violence and shop windows were smashed. But police authorities were also widely criticised for not anticipating the situation properly and deploying only a dozen vans. 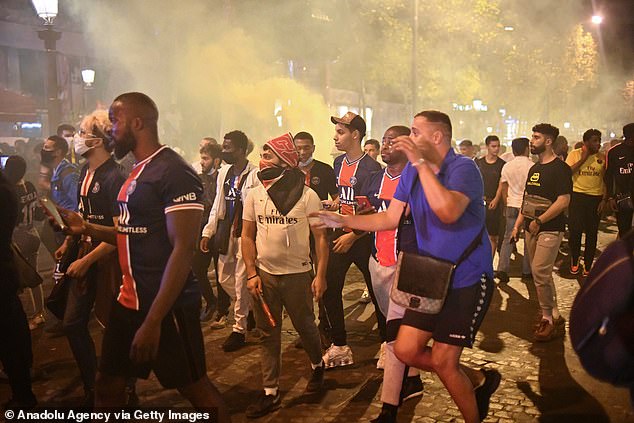 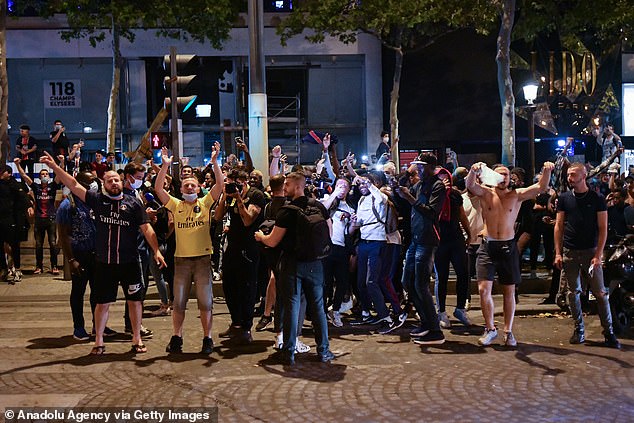 2,000 masks will be handed out for fans gathering in the event PSG win the coveted trophy

The avenue will be for pedestrians only from 9pm, the kick-off time, with no vehicles allowed to enter. This rare measure is usually reserved for New Year’s Eve.

PSG are beaming the match on a giant screen at their Parc des Princes stadium in western Paris, where 5,000 fans will be allowed – the maximum number that can attend football games in France.

All fans entering the stadium have to wear masks and wash their hands, and police are being deployed outside to prevent a repeat of the widespread gathering on Tuesday.

On the outskirts of the city, 500 people will be allowed to watch the game at the club’s training ground at Saint-Germain-en-Laye. 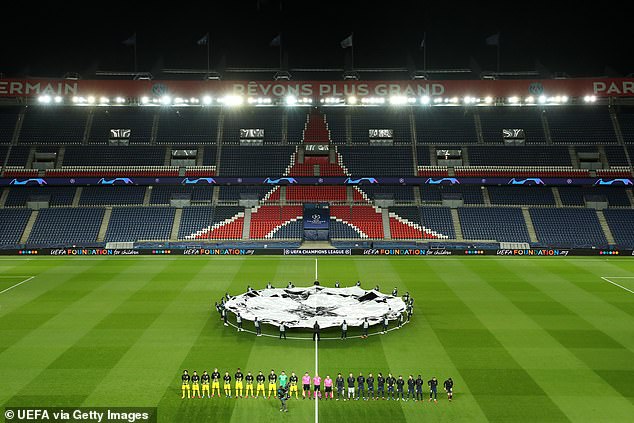 PSG are also screening the game on a giant screen at the Parc des Princes for 5,000 lucky fans 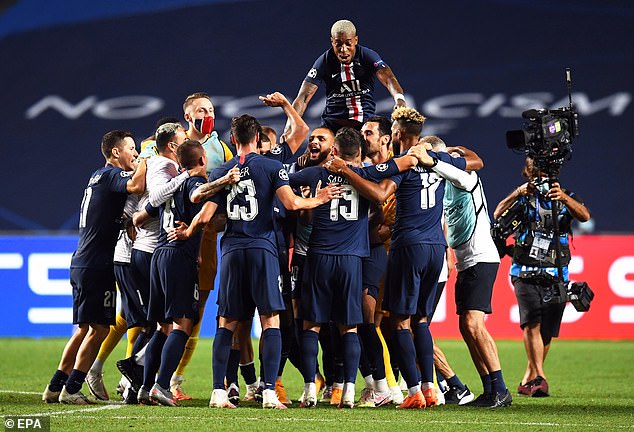 There is more than victory at stake for PSG, who are trying to end decades of gloating from bitter rival Marseille – the only French club to have won the competition in 1993.

The game is massive for the club, which had never got past the quarter-finals since 2011 despite huge backing from Qatari investors QSI estimated at more than £1.3billion.

That includes a massive transfer outlay of £360million alone on star forwards Neymar and Kylian Mbappe. Now the world’s two most expensive players are under big pressure to make history for PSG.