Chelsea have fallen to eighth in the Premier League following Sunday’s 3-1 defeat to Manchester City, seven points off leaders Liverpool having played a game more, meaning Lampard’s side have won just one of their last six league games.

Roy Keane believes Frank Lampard is under ‘huge pressure’ this season with fellow pundit Graeme Souness warning Chelsea will not show their manager ‘a lot of patience’.

Chelsea have fallen to eighth in the Premier League following Sunday’s 3-1 defeat to Manchester City, seven points off leaders Liverpool having played a game more, meaning Lampard’s side have won just one of their last six league games.

Lampard’s points-per-game record in the Premier League at Chelsea is now 1.67, lower than any Blues boss in the Roman Abramovich era, and both Keane and Souness feel his time to prove himself will be limited.

“I didn’t realise the word ‘patience’ exists at Chelsea, particularly for managers,” said Keane. “I don’t think Frank is going to get that much time,” said Keane. “There is huge pressure this year because of the money they have spent.

“Chelsea don’t give managers time. It’s in their DNA and history.

“He’s new to it. He’s 42 years of age. [Jurgen] Klopp came from Dortmund and won big prizes over there. He’s up against all these managers – [Carlo] Ancelotti, [Jose] Mourinho, [Pep] Guardiola. These guys have got CVs behind them. He won’t get the time Klopp got [at Liverpool].” 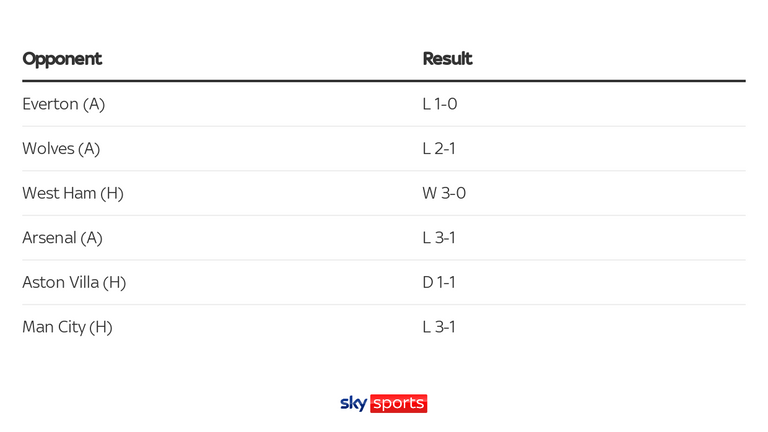 Speaking prior to Chelsea’s chastening defeat, Souness had also warned about the mounting pressure on Lampard.

“The pressure comes on you as a manager when you start to spend money, especially big money,” Souness told Sky Sports.

“They finished fourth last year, the bare minimum is to get in the Champions League again. If you don’t finish in the top four having spent that sort of money, and finishing fourth last year, you are bound to be under pressure.

“As much as Frank is a legend at the club, l don’t think there will be a lot of patience shown to him. But he will know the price on the ticket. If you are a manager today, time is not your friend.”

Chelsea’s display against City offered little reassurance, with Keane withering in his assessment of the Stamford Bridge players.

“For the money they have spent, they don’t look any stronger than last year,” said Keane. “Players not sprinting back, l really don’t get that. Frank will be concerned. He has to be. There was a lack of energy, no tackles. That’s a huge concern for me.”

Souness simply concluded: “That was a test for the new guys and none of them passed the test.

“This is why you pay big money – to make a difference in the big games, to do damage to your direct rivals. Chelsea didn’t come close to that.” 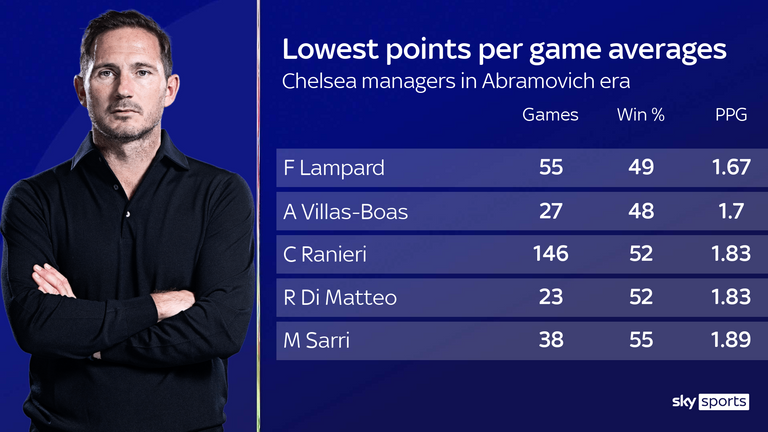 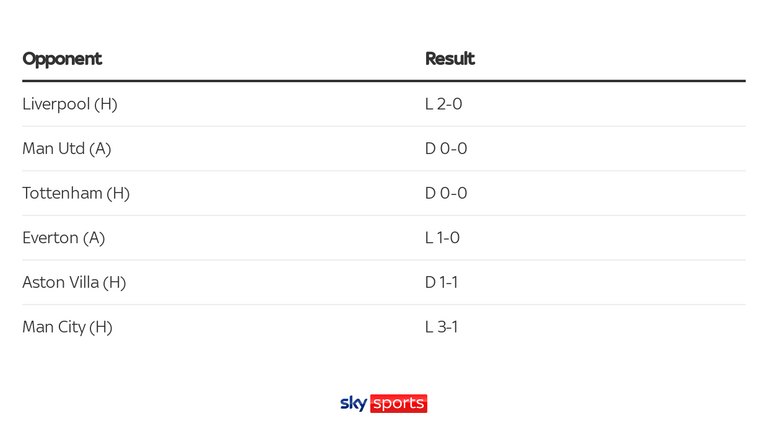 Chelsea now host Morecambe in the FA Cup third round on Sunday at 1.30pm, before going to Fulham on January 15 in the Premier League on Friday Night Football, live on Sky Sports Premier League at 8pm.