Chelsea will reportedly look into signing a replacement for Kepa Arrizabalaga after they have sealed a deal with Bayer Leverkusen to sign Kai Havertz.

Kepa has come under mounting criticism this season after conceding 47 goals in 33 Premier League appearances.

On Wednesday night, the world’s most expensive goalkeeper saw five goals go past him from champions Liverpool.

Of the teams in the top half, Chelsea have the worst defensive record with 54 goals against them.

But despite their problems at the back, manager Frank Lampard currently has his sights set on improving the attack. 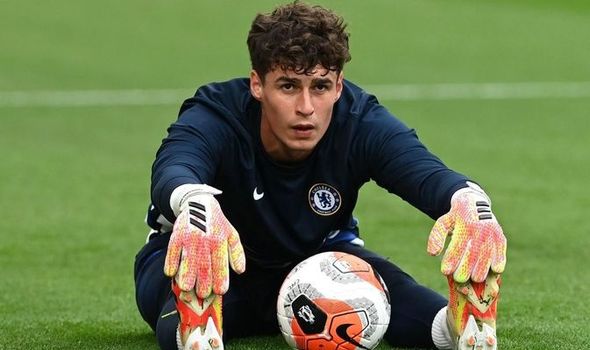 Hakim Ziyech and Timo Werner have already signed for the Blues and Havertz is next on their wishlist.

Leverkusen are understood to want around £90million for 21-year-old, who is ready to leave his boyhood club after two impressive seasons in the Bundesliga.

And according to ESPN, should Chelsea get a deal for Havertz over the line, attention will immediately switch to a new goalkeeper.

The report says Lampard has run out of ‘patience’ with his No 1. 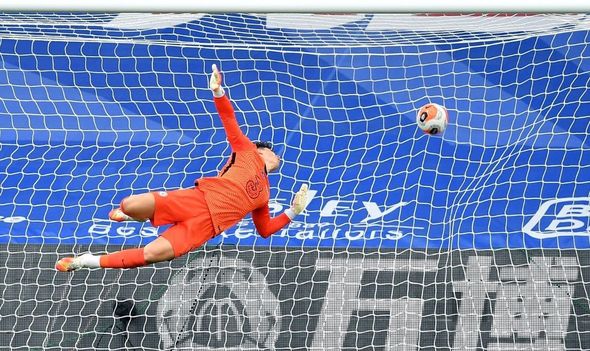 It is claimed worries over Kepa’s commanding of the penalty area and in the air are at the root of a longstanding concern by Lampard.

During the 5-3 defeat to Liverpool, Chelsea players could be heard shouting Kepa’s name to deal with a free-kick into the box.

“They’ve now done some good business with Ziyech and Werner, so things are looking up,” Sutton told Stadium Astro.

“But they need to do some more business as well. I think the goalkeeper is a massive issue and defensively they’ve conceded too many goals.

“Frank will know that but there’s no point worrying about that at this moment in time.