Frank Lampard has confirmed that he wanted to sign Declan Rice from West Ham last summer. The Chelsea icon was given a huge transfer kitty before the start of the season with big money spent on the likes of Ben Chilwell, Timo Werner and Kai Havertz.

But there was strong speculation that Lampard also wanted to see Rice brought in from West Ham.

The Hammers made it clear on several occasions that he wasn’t for sale – or it would at least take a monumental bid for them to even consider selling.

Eventually, Rice stayed at the London Stadium and he’s enjoyed a stellar season so far with West Ham in the fight for a surprise top-four finish.

Chelsea meanwhile moved on from Lampard in January, with Thomas Tuchel coming into replace him.

JUST IN: Chelsea decide the two strikers on radar if Haaland transfer fails 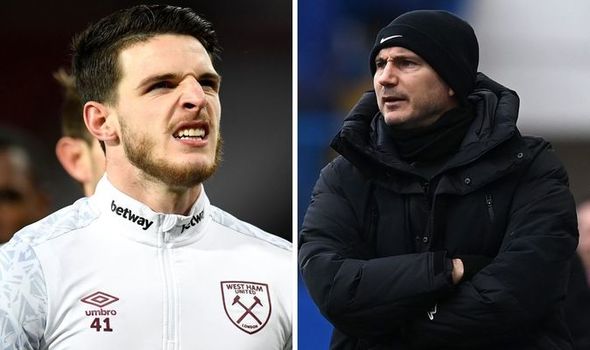 Lampard admits that he has since had several “opportunities” to return to management since leaving Chelsea.

But the Chelsea legend has also opened on his desire to bring Rice to Stamford Bridge last summer.

“Now you see him in the England squad and quickly you don’t see an England team without Declan in it,” he said.

“He’s a leader and it is clear that he’s destined for great things. I have probably given it away with how I spoke about him but I think it’s common knowledge that I was a big fan of his.

“It didn’t happen for various reasons, but we brought in a lot of players in the summer.

“But I was a big fan of him. For understandable reasons, West Ham know the player that they have on their hands.

“I don’t want Declan to be in an uncomfortable position through this because all I see from him is absolute performance and desire to play for West Ham. 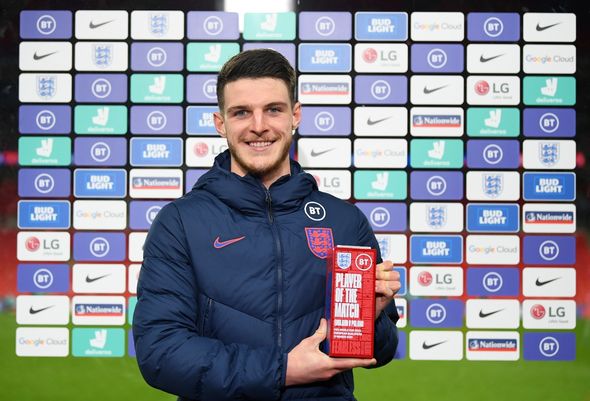 “They gave him the chance there and the choice will be Declan’s as the years go ahead, but his performances are great to watch.”

While Lampard hasn’t received an offer which has enticed him back into management just yet, he is looking to make his return soon.

“It would be something I’m very keen to do in the right time and place. My eyes are always on it,” Lampard said.

“I’m always watching football and trying to get better. I’ll try and find the right time and right opportunity. I’m very keen to get working again.

“I try to. As I say, how much it consumes you when you’re in it is a big deal. You cannot take away your love of the game. I like to keep involved.”