Frank Lampard refuses to abandon his principles as he looks to navigate Chelsea out of a barren spell.

A run of three defeats and a draw from their last five matches has seen Chelsea lose ground in the Premier League title race, although their previous 17-game unbeaten sequence keeps them firmly in contention.

Manchester City visit Stamford Bridge on Sunday, live on Sky Sports, and Lampard will continue to self-reflect in a bid to engineer a revival.

“One of my strengths hopefully is never being too excited when we’re going well. For instance, trying to dampen flames after Leeds (Chelsea won 3-1 on December 5) for when everyone was talking us up,” Lampard said.

“And then my job is to not be too down when results go against us. The first person who puts pressure on me is me. I do that all the time, for good and bad, so that doesn’t change much.

“I’m not stupid, I know that we need to get results. We want to get results. Do I change things? Sometimes, a little bit. I tweak things. I never think I’ve cracked it or that a result had nothing to do with me.

“You have to search, but you also have to stick to your principles. Sometimes the things that get lauded when you do well get criticised when you don’t purely because of the result.

“So some things you don’t move away from, but for sure you change other things to get up there. I do that every day.

“I enjoy pressure. If I didn’t, I wouldn’t have got back into this. I would have walked away at the first chance and that’s something I’d never do.

“That doesn’t mean you’re as happy as when you’re on that 16-game unbeaten run and that’s normal. But it does make me focus absolutely. You learn more in defeat and tough moments.

“It’s head down time. Head down and work. And not consider the table too much. We know we’re there or thereabouts.” 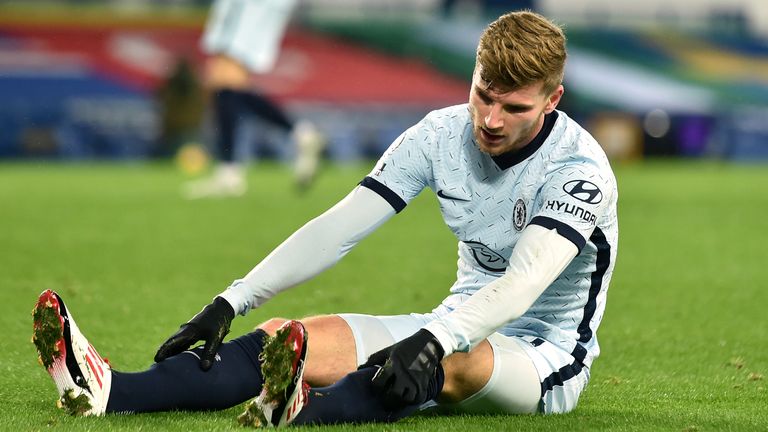 One of the reasons behind Chelsea’s dip in form is Timo Werner’s struggles in front of goal with the £53m summer signing from RB Leipzig not scoring since November 7.

“Every player goes through tough times in front of goal. The beauty is that Timo’s been getting chances and that’s definitely a positive,” Lampard said.

“I found work on the training ground was the only way to turn it around – that repetition of finishing, which Timo is doing now.

“When you work like that it’s a matter of time because his natural attributes will get him in front of goal and away from defenders.

“If his confidence goes down after missing a couple, that’s only natural. It’s my job to help him with his confidence and push him in a positive direction. Then the goals will come.

“He’s sharp, he can finish. And sometimes the onus is on us to get him the ball in the right areas.” 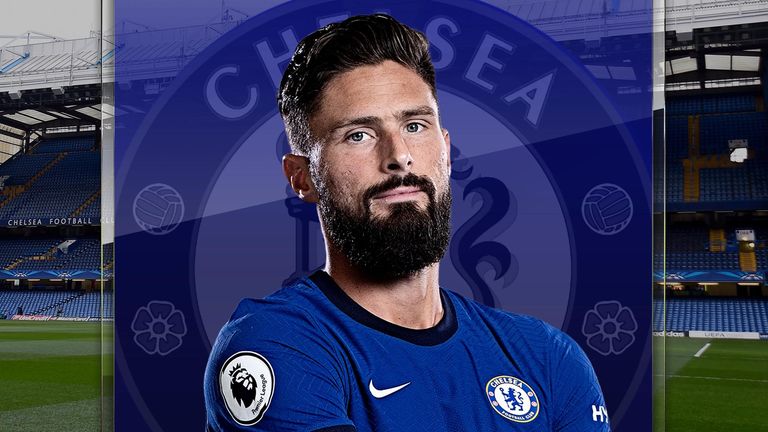 Olivier Giroud finished the year with the best strike rate of any player in the Premier League, just ahead of Sergio Aguero and Mohamed Salah. Include his Champions League goals this season – he netted four away to Sevilla – and the record is even better.

“I am told it is a goal every 63 minutes this season,” Giroud tells Sky Sports. “Obviously, I am very happy with these numbers. I am the happiest man when I am on the pitch.”

At 34, Giroud’s form has not wavered. The goals keep coming as he continues to hone his craft. He is the master of the one-touch finish, the king of the near-post run that every defender in the Premier League should know is coming but still struggles to stop.