Former Manchester United and Arsenal defender Mikael Silvestre has revealed the two major differences between legendary managers Sir Alex Ferguson and Arsene Wenger. Ferguson and Wenger enjoyed a bitter rivalry during their times in charge of United and Arsenal respectively, especially in the early 2000s. Between 1996 and 2004, United won six Premier League titles, with Arsenal claiming the other three.

Silvestre will be most remembered for his time at Old Trafford, winning four titles, an FA Cup, the League Cup and the Champions League in his nine-year spell at the club.

But the former defender also had two years at Arsenal between 2008 and 2010, where he made 43 appearances for the Gunners.

Few players have had the privilege to play for both Ferguson and Wenger, with Robin van Persie and Danny Welbeck two other notable examples.

So Silvestre knows the legendary managers better than most. 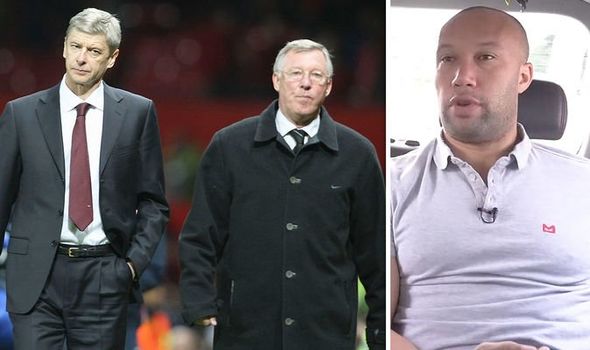 The Frenchman says Ferguson and Wenger’s training methods differed, as well as how they would react after a match.

“Whereas Sir Alex was acting as an English manager, which is to pass on the responsibility to the assistant and first-team coaches. That’s the first major difference.

“And then in terms of reviewing and talking to the players after the game, evaluating the performances, Sir Alex is straight during the moment when it happens or straight after in the dressing room.

“Whereas Arsene would wait until the next day, reflect, watch and then talk to us in the dressing room at the training centre.

“So sometimes you would wait two days to get his assessment and his views on the game.

“He would rarely talk straight after the game in the dressing room.” 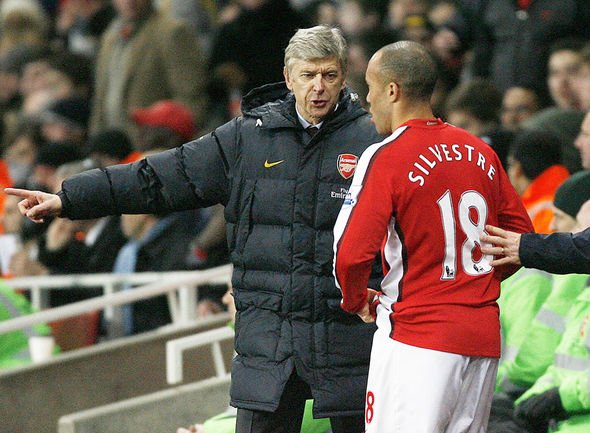 Arsenal finished fourth and third respectively in the Premier League in Silvestre’s two seasons at the club, as well as losing to United in the Champions League semi-final in 2009, before he left at the end of his contract in 2010.

He enjoyed playing under compatriot Wenger, who refused to move away from his style of play.

“Yeah I enjoyed playing [under Wenger] and I enjoyed his vision, the way that he was preparing,” Silvestre added.

“It was all about Arsenal, who we play, doesn’t matter who we face, we always wanted to play quality football on the ground, short passes and progress forward in a nice way.”