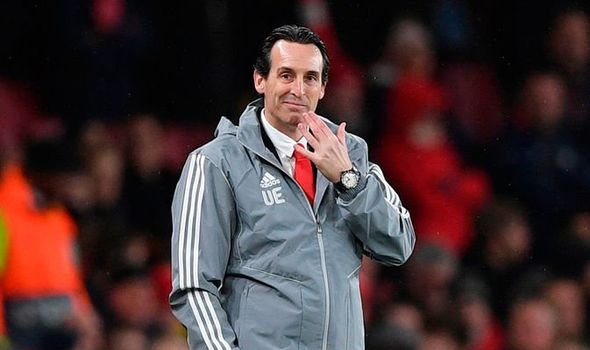 Unai Emery admits his struggles with the English language made things tough for him at Arsenal – particularly when they lost because he wasn’t able to explain his thoughts to the players. Emery was also targeted for his pronunciation of ‘good evening’ which came through as ‘good ebening’, and he admits things got more volatile after defeats.

Emery was sacked by Arsenal in November after a poor start to the season and just 18 months in charge.

He was replaced by Mikel Arteta, who made an immediate impact in the style of play, but results have not changed too much with Arsenal still in ninth with the season currently suspended.

And Emery admits his troubles with the language made things harder for him in north London.

“I had a decent level, although I needed to improve,” he told the Guardian.

“When results are bad it’s not the same. You lack the linguistic depth to explain. And take ‘good ebening’: OK, it’s ‘good evening’, but when I said ‘good ebening’ and won it was fun; when we were losing it was a disgrace.”

Emery had replaced Arsene Wenger and believes he wasn’t given the support necessary to replace such a legendary and powerful character. 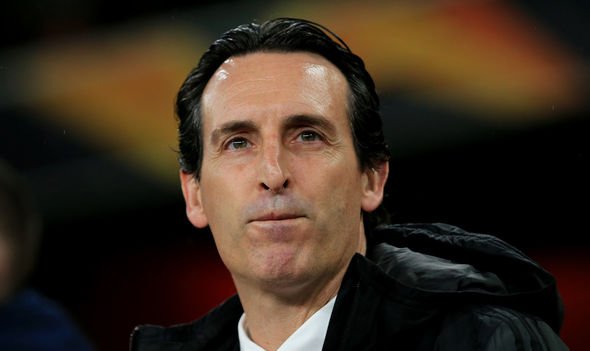 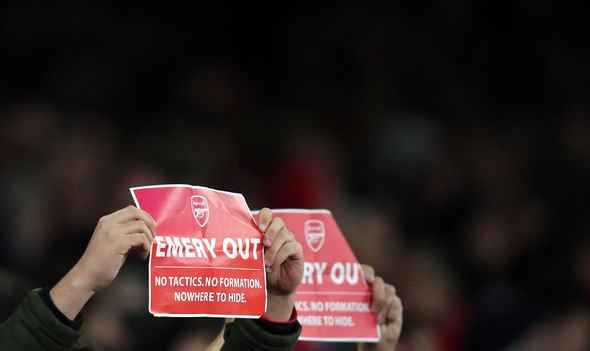 Transfer windows were difficult to manage with spiralling costs and the lack of European football and a new dynamic approach struggled to get results.

He made mistakes, but his job was not made easy by the circumstances at the club.

“A coach has to have the strength to take responsibility, to be [in the firing line],” he added.

“I protect the players and the club protects the manager. I’m a club man, that’s what they signed.

“With Arsene Wenger it was different: he did everything. Now there’s Raul [Sanllehi] and Edu, and I have to trust them to do their job.

“My job’s the football. The club have people who handle other stuff, although that impacts on the pitch. Some of that hurt us.”

Emery was linked with the Everton job shortly after leaving Arsenal, but lost out to Carlo Ancelotti.

He does however admit he’s keen to get back to work and would consider another job in the Premier League.

“The desire and energy is there,” he said.

“I’m watching football, learning. And if there’s a good project in England, if someone wants me and is prepared to get behind me, I’m available…

“In England that identification with your team brings the game alive. It’s deeper there, like a church.

“I was born in San Sebastián and my team is Real Sociedad. That feeling is in my heart and that’s what you find in England. It’s marvellous, the loveliest thing there is.”