Rio Ferdinand has heaped praise on Manchester City after the club finally achieved its long-standing aim of reaching the Champions League, while hailing Phil Foden as ‘the best young player in the world.’

City dazzled against a Paris Saint Germain side which quickly lost its head inside the Etihad, with Angel Di Maria receiving a straight red card in a painful 4-1 aggregate defeat.

Ferdinand was left in awe by the performance of his once rivals, and reserved a specific segment of praise for the 20-year-old Foden, who did not look an inch out of place against the world’s best. 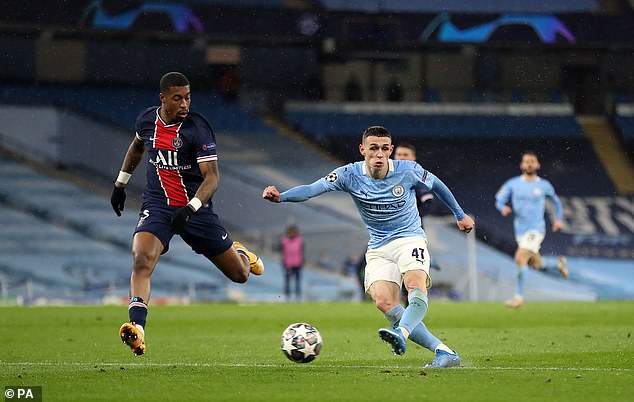 Phil Foden is currently the best young football on the planet, according to Rio Ferdinand 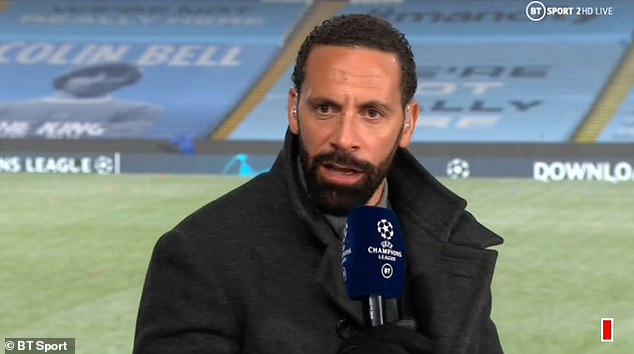 ‘At the moment I would say Phil Foden is the best young player in the world right now on form,’ Ferdinand said from the BT Sport studio in the aftermath.

‘[Erling] Haaland is yet to play at this level. In terms of this moment, Foden is the best on form.’

‘They’re doing it in a fantastic manner. I’m not a City fan but I enjoy watching them play football. Mahrez, Sterling, De Bruyne, Silva, Gundogan, they interchange, the fluidity they play with – it’s total football. 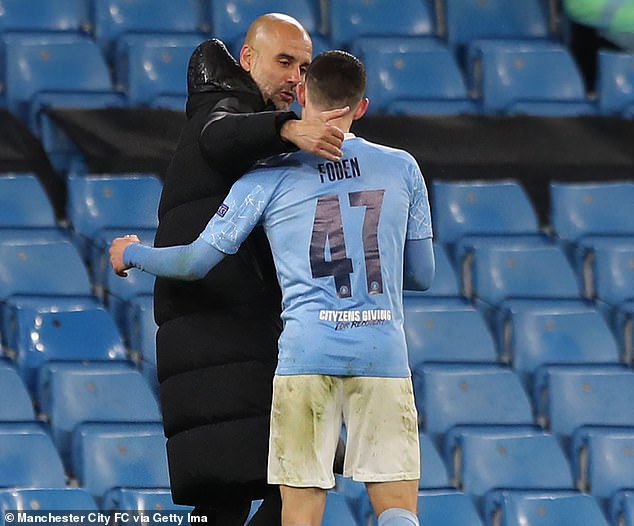 ‘By the end of it they were taking the mick, it was embarrassing for PSG, a team who are full of experience and full of winners. Huge hats off to Pep and his team.

‘[It was a] Totally dominant display – we were wondering “is it a step too far?” The last 45 mins in Paris was a pivotal moment, we wondered “can they carry the same momentum?”

‘[Ruben] Dias and [John] Stones were impenetrable, Foden and Mahrez were immense going forward, Fernandinho was superb at the age of 36, it was a very, very good performance from a top top team.’

Fellow pundit Joe Hart was in full agreement with Ferdinand, noting that Foden is coming from humble beginnings in the north west England to dominate at the highest level of world football. 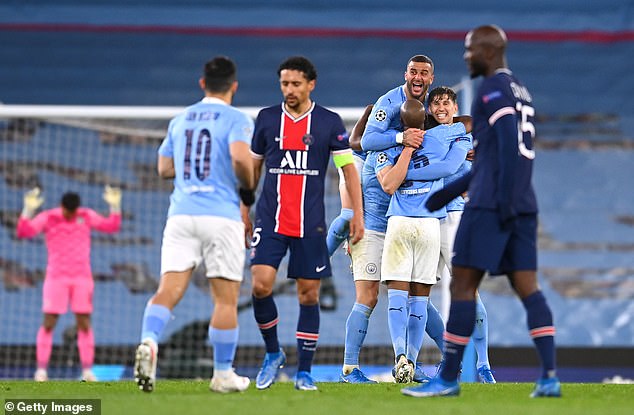 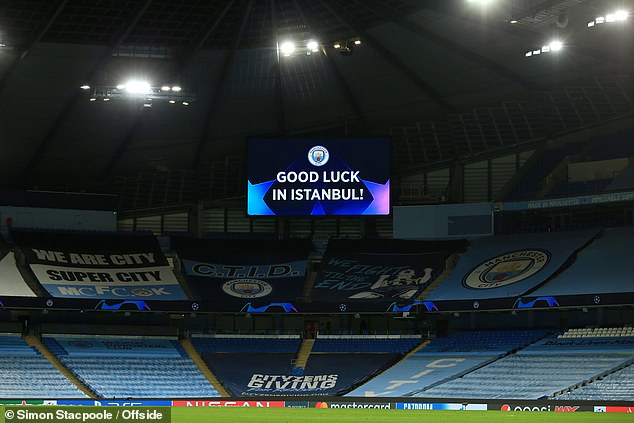 ‘Look at his [Foden’s] freedom. His name is Phil, he’s 20 from Stockport and he’s lighting it up! It’s so important for Man City to have a player doing that,’ Hart added.

City have now progressed to the last two of the competition for the first time, and will feature in the Istanbul final on May 29 in the Ataturk Stadium.

There they will meet the victor of Chelsea and Real Madrid, whose second leg clash will be concluded on Wednesday night.

The tie is finely poised at 1-1 after Thomas Tuchel’s Blues put on a bold performance in the Spanish capital, with vital away goal coming courtesy of Christian Pulisic.