‘He’s a proper player… Firmino will want to start and this guy has put him under huge pressure’: Rio Ferdinand and Michael Owen pile praise on Diogo Jota after his brilliant hat-trick in Liverpool’s 5-0 win over Atalanta

Rio Ferdinand feels Liverpool new boy Diogo Jota will be knocking firmly on Jurgen Klopp’s door for a starting place this season, and could well usurp the popular Roberto Firmino in the starting XI.

Ferdinand and fellow former pros Michael Owen and Peter Crouch were left in awe by the Portuguese, following his sensational hat-trick against Atalanta in the Champions League.

Jota continued his red hot streak by hammering home three times for Liverpool, leading Ferdinand and Owen to heap praise upon his efforts in unison. 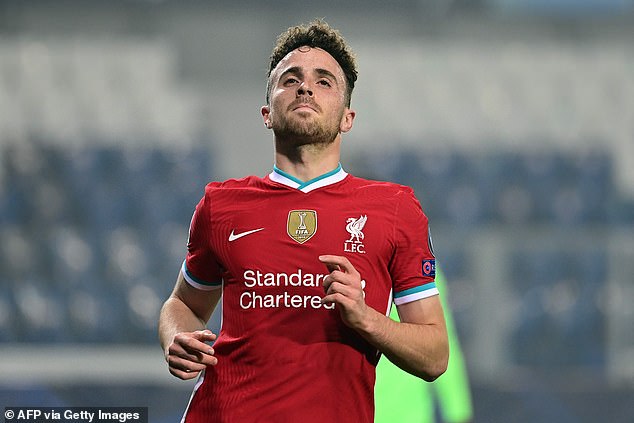 Speaking in the BT Sport studio following the match, Ferdinand said: ‘I’m sure Firmino will be sitting there compiling a little playback list to remind him [Jurgen Klopp] of what he’s capable of because Firmino, like it or not, will want to start and this guy has put him under huge pressure.

‘[It was] a perfect night, Klopp couldn’t have asked for more,’ Ferdinand added.

‘Clean sheet, new partnership at centre back, the forwards – the recruitment team have done fantastically well.’ 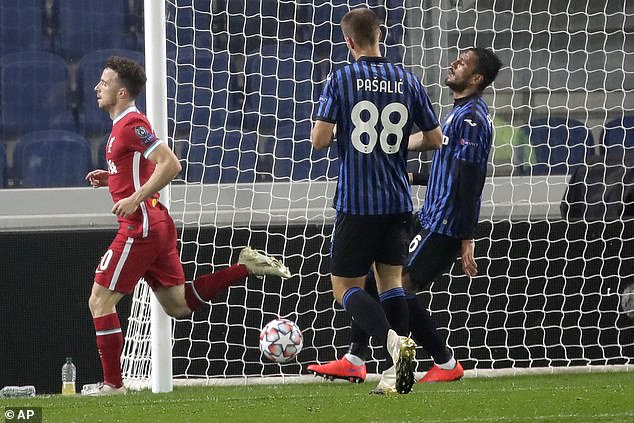 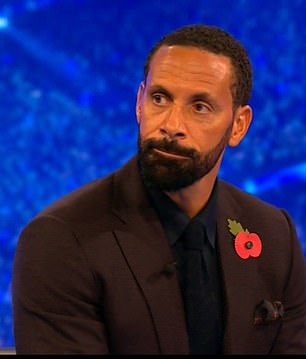 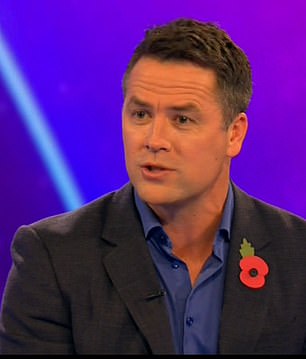 Former Liverpool man Owen was also quick to recognise how seamlessly Jota has fitted into Klopp’s system, while also learning from his mistakes in a red shirt.

‘It’s a stunning hat-trick, he missed his first big chance of the day but he learned his lesson. Then it was just a masterclass, particularly the front three,’ said Owen.

‘You want to get accepted by your team, the first thing I felt moving club, you have to earn respect of your team-mates.

‘Got to gain the respect and get people passing to you when you’re under pressure.

‘People are prepared to trust him, he’s a proper player.’

Liverpool ran riot in Bergamo, with Mohamed Salah and Sadio Mane also finding the back of the net in a victory which sees the Reds comfortably top of Group D with maximum points taken.

For Ferdinand, the reason Jota has settled in so well at Liverpool boils down to having better and more similar players around him.

The United legend explained: ‘He’s playing in a better team, probably had as many opportunities for Liverpool as he did for Wolves last season. 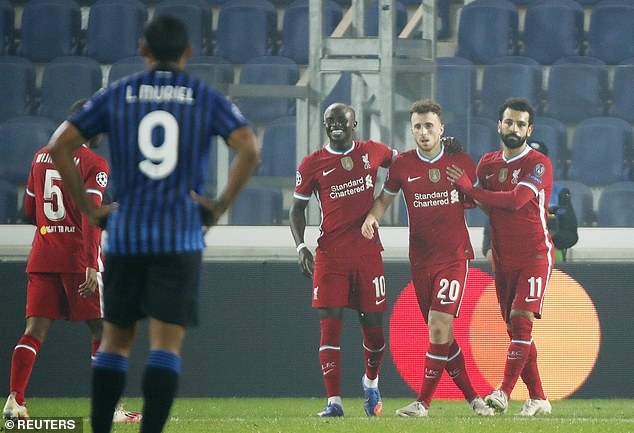 ‘It was almost like you had to have a big man in your team but here they’re three very similar players. They’re all the same height, hold the ball up so well.’

Liverpool return to action this weekend against arch rivals Manchester City, leaving Klopp with a few days to mull over which of his stars to include in the starting XI.

Another former Liverpool man, Peter Crouch, feels it is all about consistency and letting the players in form play together as much as possible.

Chiming into the studio conversation with Ferdinand and Owen, Crouch added: ‘When you have a front three like that you’ve just got to go and let them play.

‘They’ve got through all three games here by resting players, they’re cruising through this group.’