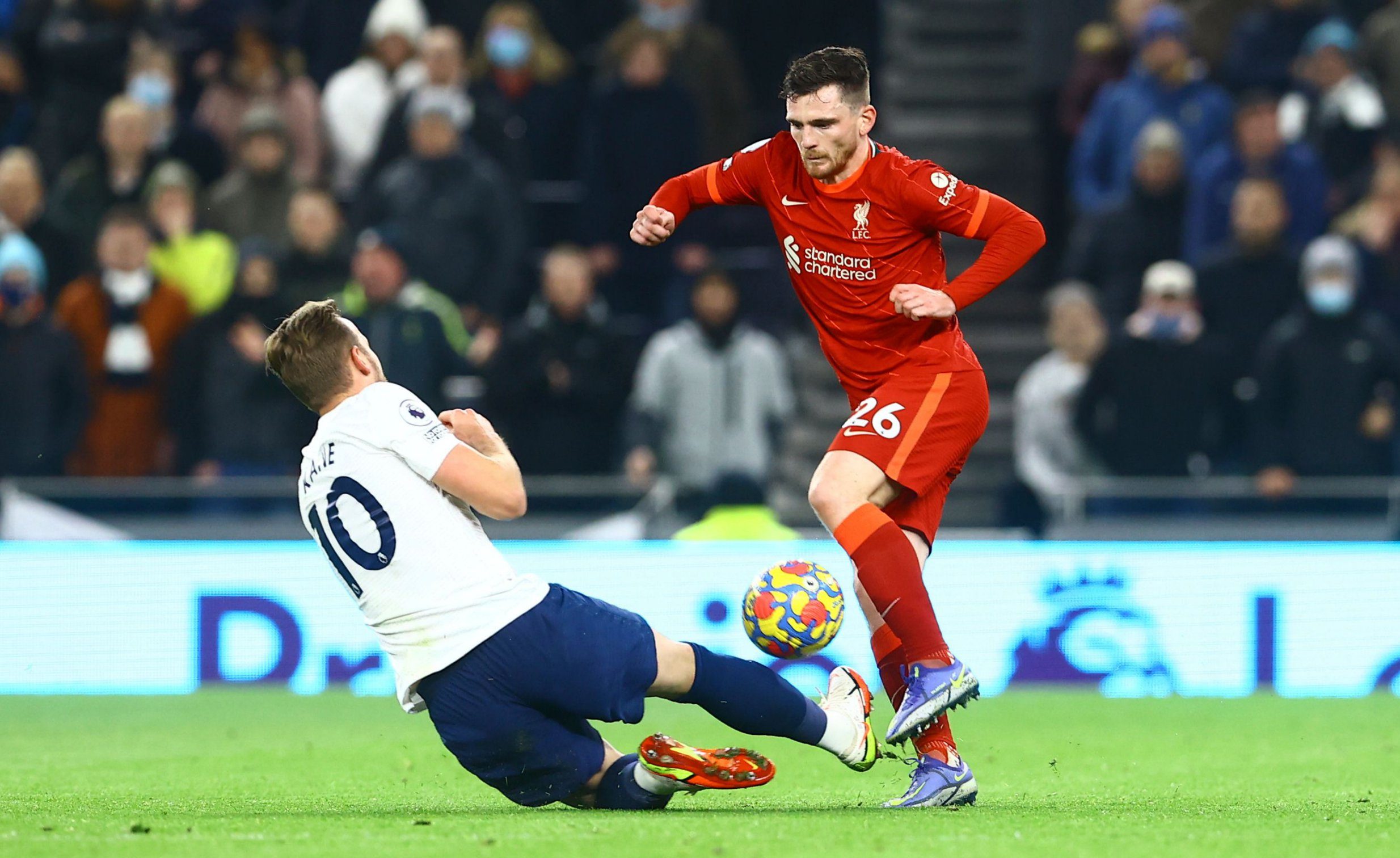 Harry Kane should have seen red for his ‘reckless’ tackle on Andy Robertson during Tottenham’s 2-2 draw with Liverpool on Sunday, according to former Premier League referee Keith Hackett.

The Tottenham striker was fortunate to stay on the pitch in the first half following his studs-up challenge on Liverpool’s left-back.

Referee Paul Tierney gave the England captain a yellow card for the incident, which was not deemed as a clear and obvious error by VAR.

Tierney then gave Robertson a red card in the second half for his swipe on Tottenham full-back Emerson Royal.

But Hackett, who is the former head of the Professional Game Match Officials Limited (PGMOL), believes Kane should have also been sent off.

‘How can Harry Kane stay on the pitch after that reckless challenge that endangered the safety of an opponent?’ Hackett wrote on Twitter.

‘It is a lack of accountability when big errors are made. No apology, no explanation, carry on boys you can do what you want!

‘How can he defend a player who is out of control, uses excessive force? Why doesn’t VAR suggest a look at the monitor to help the referee? That’s what it is there for.

‘VAR rightly advises referee Tierney to review the red card for Robertson of Liverpool who is correctly sent off. Why didn’t VAR do the same on the Kane challenge? Both were red card offences.’