‘People believed I was using SORCERY so they got injured’: Legendary Egypt goalkeeper Essam El-Hadary says team-mates thought he was hexing them and stopped speaking to him… with one refusing to take back a jacket in case it was cursed

Former Egypt goalkeeper Essam El-Hadary has recounted a bizarre tale at his national team camp after claiming his team-mates once avoided him because they suspected he was using ‘sorcery’ to injure them.

El-Hadary is a legend for his national team having picked up 159 caps and played on until he was 45 – being picked in between the sticks as recently as the 2018 World Cup in Russia.

But while the shot stopper might hold iconic status on the international scene, he has admitted it wasn’t always that way following a strange situation at the 2017 Africa Cup of Nations. 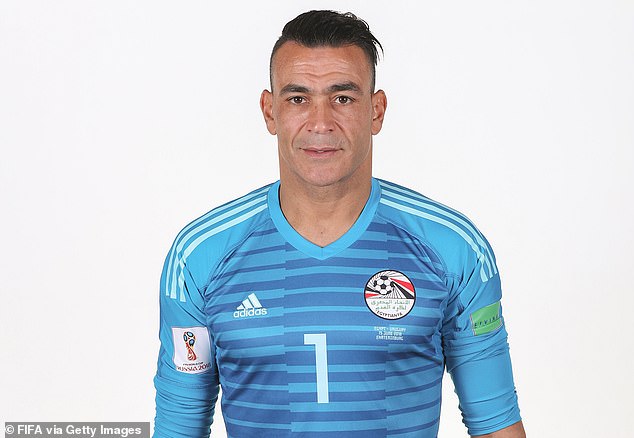 Before the first game against Mali, goalkeeper Ahmed El-Shennawy picked up an injury after 15 minutes and had to be subbed off for El-Hadary. The match finished 0-0 but he soon began to notice that his fellow Egypt players were ignoring him after the game.

‘We drew 0-0 and after the game I went to take a drug test and then followed them to the hotel,’ he told OnTime Sports. ‘The next day I was surprised to find that some of my teammates weren’t addressing me and were warming up by themselves.

He said another goalkeeper Sherif Ekramy had been injured a few days before the game, and after the blow suffered by El-Shennawy, the players began to make a stunning accusation that he was to blame. 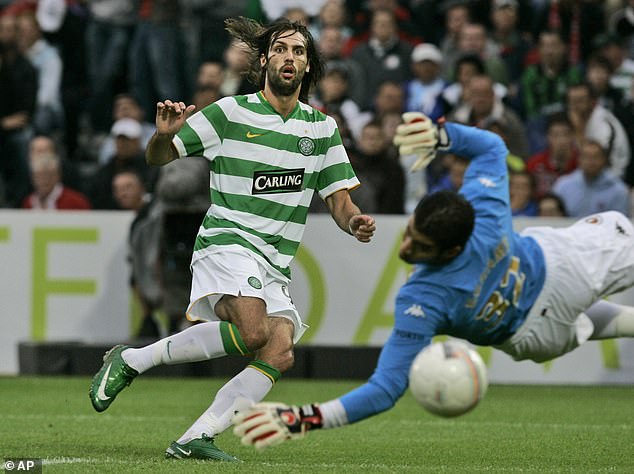 ‘When El-Shennawy got injured I was the first one to check up on him and the same thing happened when Ekramy got injured three or four days before the game. People then started believing that I was using sorcery so that they got injured.

‘I just want to ask, if that was the case why I didn’t just start the game and why didn’t we lift the trophy?’

The rumours around him worsened and Ekramy bought so much into the rumours that El-Hadary could have been injuring people that he wouldn’t even accept his own jacket back from him after he was sent it accidentally, the player claims. 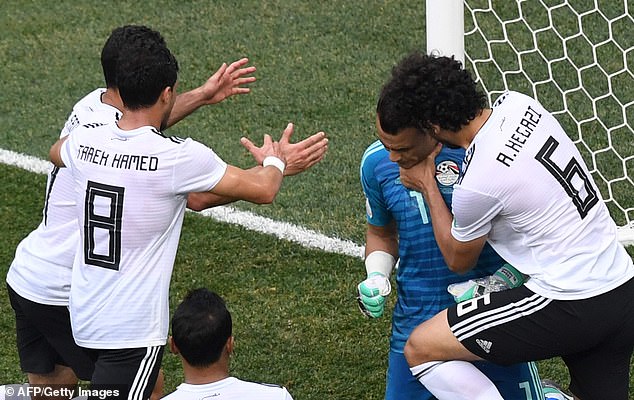 ‘I was once sent Sherif’s [Ekramy] waterproof jacket by mistake and when I sent it back he refused to take it fearing that I did something to it. Then throughout the tournament he kept refusing to address me.

El-Hardary went on to become the oldest player to feature at a World Cup at the age of 45, but couldn’t inspire the team past the group stages.

He said while the Egypt goalkeepers had since settled their differences, the competition for places was fierce, which could have led to tensions with each keeper desperate to nail down a No 1 spot.

‘You have to understand that Ekramy, El-Shennawy and any other goalkeeper are my friends, but only outside of football. On the pitch there’s no friendship.’