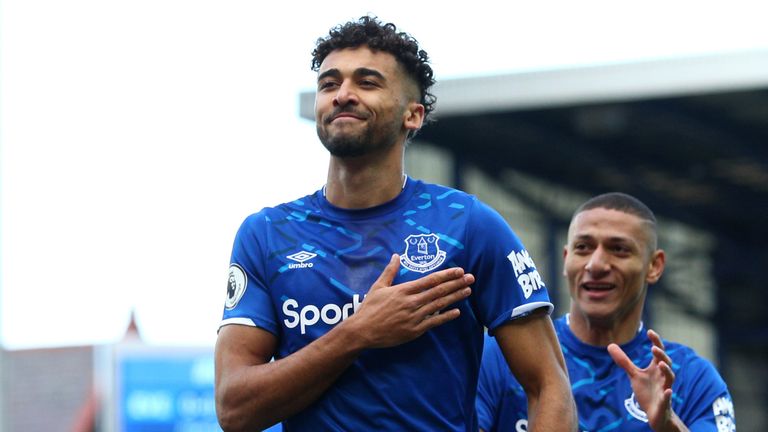 The Premier League is back – but what shape are Everton in for the season restart?

Ahead of the top flight’s big return on June 17, we run the rule over Carlo Ancelotti’s side, from fixtures and fitness to the manager’s view and more…

Who have they got left to play?

Everton have a fair spread when it comes to the average position of their nine remaining opponents (10.7) – but it is perhaps worth noting that they will face very few teams with little to play for.

Southampton may still believe they are a win or two away from being safe, but of the current sides positioned between 15th and 10th Everton only play Ralph Hasenhuttl’s side, and that’s at Goodison Park.

Ancelotti’s men still have to face each of the bottom three, and as well as the eagerly-awaited Merseyside derby, they still have games outstanding against four teams with Champions League aspirations.

It means there will be plenty at stake when the game returns, with Everton having the chance to peg back their rivals in their fading bid to clinch a Europa League spot. 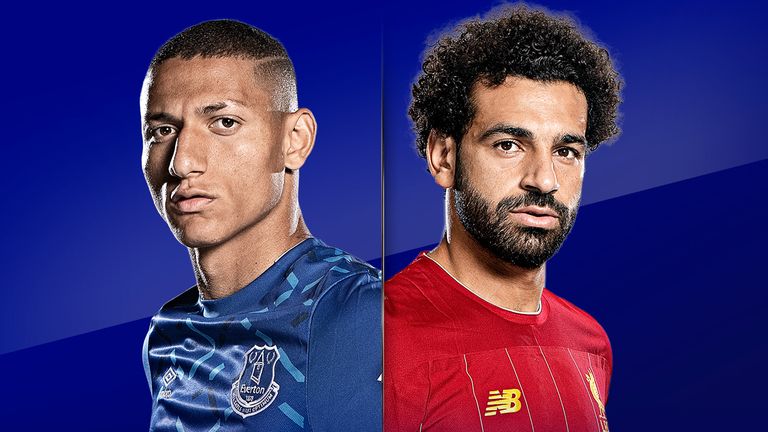 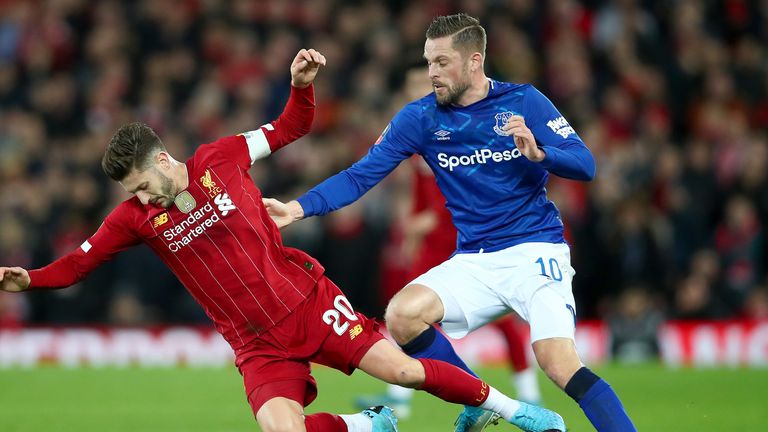 Everton fixtures: Dates and times to be confirmed

Where can they finish?

Ancelotti’s side are currently 12th – four points behind Tottenham in eighth – a position that could still mean a Europa League qualifying berth if Manchester City’s European ban – one they are appealing – is upheld.

City’s potential ban – and the fact that they have already won the Carabao Cup – could deliver Europa League football for the sides that finish sixth and seventh and there might yet be further reward.

Should City or a team in the top five also win the FA Cup – and City’s ban be upheld – the Europa League second-round qualifying spot would go to whoever finishes eighth.

Data guru Ben Mayhew has simulated every possible result from the remaining 92 games and calculated each club’s range of possible final league positions – in addition to probabilities for each standing.

Modelling by Experimental361 favours Everton to improve on their current standing based on their remaining games.

The probabilities suggest realistic finishes all the way up to seventh place – suggesting the turnaround in form under Ancelotti is expected to continue.

Everton were knocked out of the FA Cup by an under-strength Liverpool side at the third round stage in January, meaning they have just the remaining nine Premier League fixtures to fulfil this term.

Committing both in home and away games has been the problem throughout this season with just three away victories recorded.

There has been a significant disparity between the number of points Everton have collected at home compared to on the road.

No side in the bottom half of the table has picked up more points in front of their own supporters (25) – accounting for 68 per cent of their overall points total of 37. Only Norwich (71) have won a greater percentage of their total tally at home.

With all games set to be played behind closed doors, Everton will need to find a way of performing when their supporters are not able to be the twelfth man.

Is everyone fit and available? 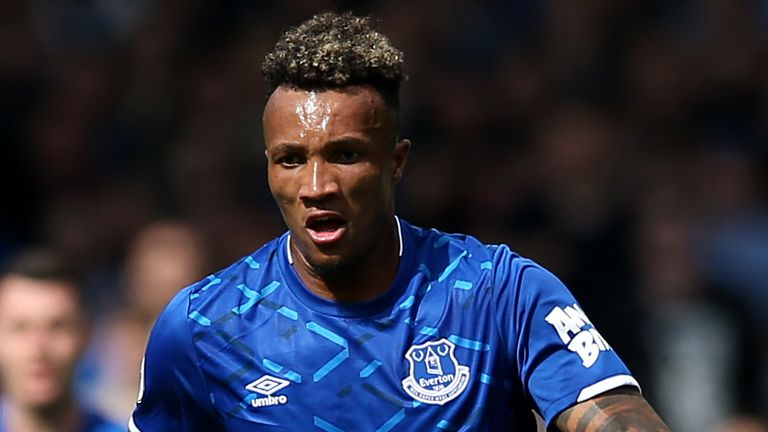 So near, but so far. If you were to ask seasoned Goodison Park match-goers for a prime example of the misfortune that comes with supporting Everton, they would point to the injuries that have plagued midfielder Jean-Philippe Gbamin since his £25m arrival from Mainz last summer.

The Ivory Coast international has managed just 135 minutes of playing time this season, and on the same day it was announced that the Premier League would provisionally be returning on June 17, Gbamin suffered an Achilles injury in training.

Morgan Schneiderlin is back building up fitness after six weeks on crutches following surgery on a knee injury.

Bernard was withdraw with a knock at half-time of the defeat to Chelsea before the suspension of the league, but he joins Seamus Coleman (thigh) in being back available.

Striker Cenk Tosun returned to the club from his Crystal Palace loan spell after suffering an anterior cruciate ligament injury. He is expected to be out for at least six months, which would still rule him out for the rest of the season.

What form were they in before the break? 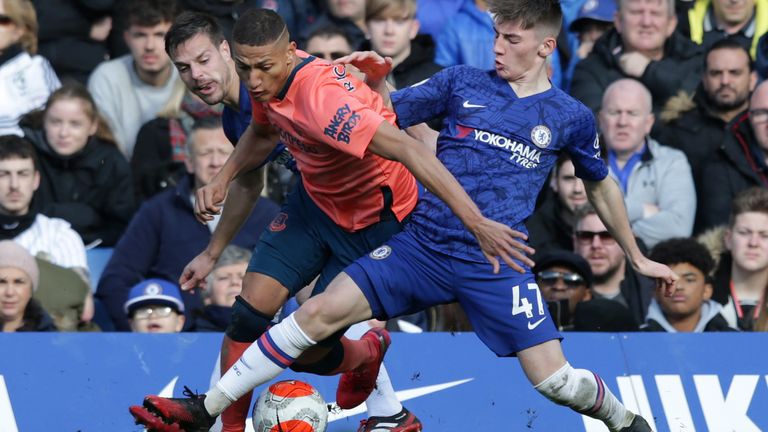 Everton have had to sit and mull over a 4-0 defeat at Chelsea throughout the shutdown. Their last performance before football’s hiatus was not in keeping with the shoots of recovery since Ancelotti replaced Marco Silva as manager.

Indeed, in an interview with Sky Sports, midfielder Gylfi Sigurdsson admitted that the break had fallen at “not the best time” for the Merseyside club, coming so soon into the reign of a new manager seeking to implement his own methods.

The heavy reverse at Stamford Bridge made it three games without a win during a tough run of fixtures that included a 3-2 loss at Arsenal and a 1-1 draw at home to Manchester United which had derailed hopes of European qualification for next season.

Prior to that, a win over Crystal Palace in early February had moved Everton to within a point of Tottenham in fifth – at that stage, only leaders Liverpool (24) had won more Premier League points than Everton’s 17 since Ancelotti’s first game in charge in December. 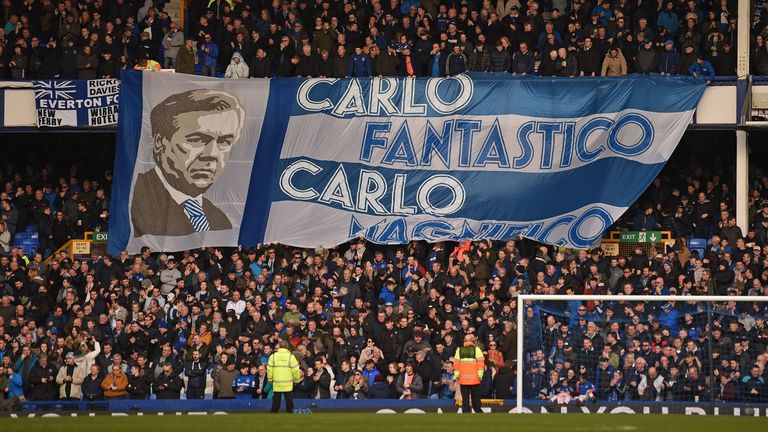 Despite the size of the task facing Ancelotti being put into perspective by the defeat at Chelsea, the Italian is confident that his squad can still target a strong end to the current season, and the long-term ambition of ending Everton’s 25-year trophy wait remains at the forefront of his mind.

Speaking to Sky Sports‘ Jamie Carragher in May, Ancelotti said: “I think everyone in the club is working to try to be at the top soon. Of course, there is a lot of competition here in the Premier League but I think we have a possibility, a financial possibility.

“We have a good goal, we are building a new stadium so we know that behind us is fantastic supporters and fans that help us to be motivated. I think soon, we can be competitive.”

Everton are six points behind Wolves, who currently occupy sixth place. Culd they make a late charge? They will certainly be out to spoil Liverpool’s party but after some poor results before shutdown, Ancelotti’s side will need to get back on track quickly if they are to stand a chance of making it a memorable run-in.