Everton keeping tabs on Norwich City starlet Max Aarons but are still likely to face interest for the £30m rated right-back from Bayern Munich, Manchester United and Barcelona in the summer

Everton have still to make official contact with Norwich City over a move for their highly-rated right-back Max Aarons though he is a player of interest.

European champions Bayern Munich are among the frontrunners for Aarons with Barcelona and Manchester United also monitoring developments around the 21-year-old who is under contract until 2024.

Everton are making plans to add a right-back to succeed captain Seamus Coleman with Jonjoe Kenny, currently on loan at Celtic, likely to move on in the summer. 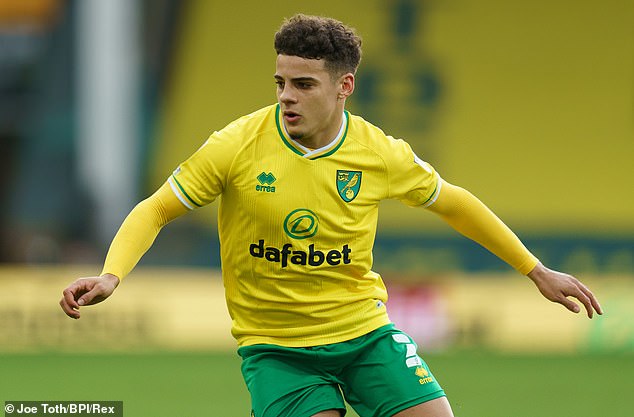 The Goodison Park club have a good relationship with Norwich having signed Ben Godfrey in a £25m deal last October. He has gone on to establish himself in Carlo Ancelotti’s side, often filling in at full-back, but the Italian coach wants fresh legs in the right-back position with Coleman due to turn 33 in eight months.

Norwich rejected offers from Barcelona for Aarons last summer with the Spanish side keen to offer a loan with obligation. Bayern also made contact and have revived their interest over recent weeks while there have also been offers from Italy with Roma among those keen.

Norwich, who hope to be back in the Premier League this summer, value Aarons above £30million and will not stand in his way to take a step up should a suitable offer arrive. 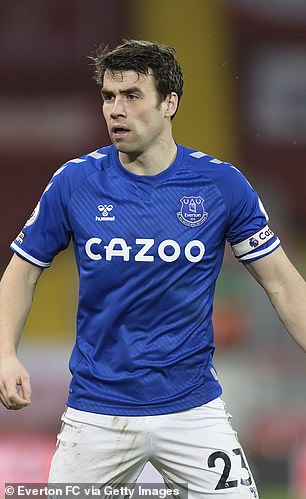 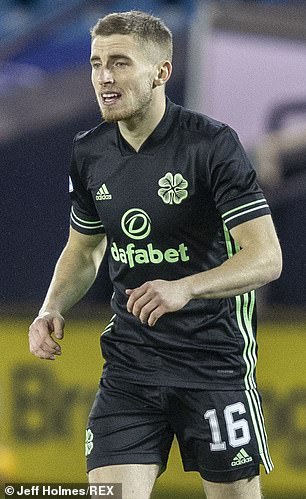 The Toffees are looking for a long serving replacement for Seamus Coleman (left) while fellow right-back Jonjoe Kenny, currently on loan at Celtic, is set to move on this summer 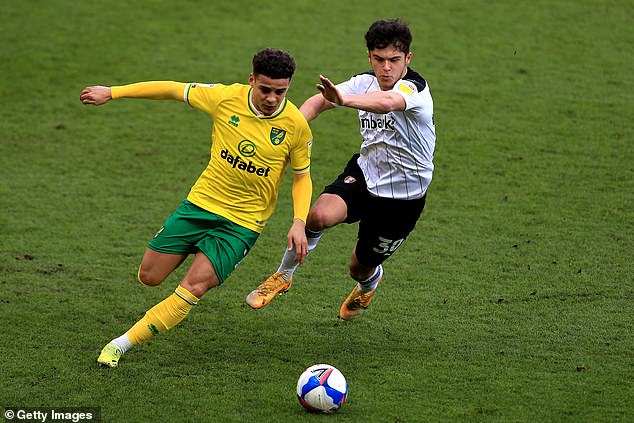 Sporting director Stuart Webber confirmed an offer for Aarons had been rejected in January with the club keen to keep their young stars in a bid to maintain their promotion push. However, they recognise talent such as Aarons will outgrow the platform they can provide.

Speaking at the FT Business of Football summit, Norwich joint majority shareholder Delia Smith said: ‘Luckily, because of this wonderful team behind the scenes, we have some really lovely players.

‘They’ve got a nice temperament and Max Aarons is one of the best. He is going to be one of the top footballers and it won’t be at Norwich.

‘He knows that, we know that. But we didn’t have any problem with Max or his parents on this particular occasion and this particular deal. Obviously, we will lose him, but that is part of our plan.’