Carlo Ancelotti has raised the tantalising prospect of a reunion with Sami Khedira as he refused to definitively rule out a move for the Juventus midfielder.

Ancelotti worked with Khedira during his time as Real Madrid manager and has been persistently linked with the 33-year-old, who will become a free agent at the end of the season when his contract with Juventus expires.

Juventus, however, would be happy for Khedira to move in January and when asked if the move was a possibility, Ancelotti provided an answer that was similar in tone to when he discussed the prospect of bringing James Rodriguez to Everton last July. 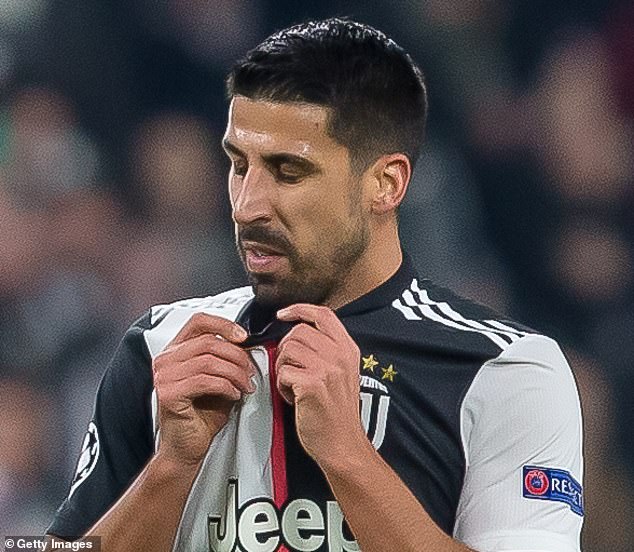 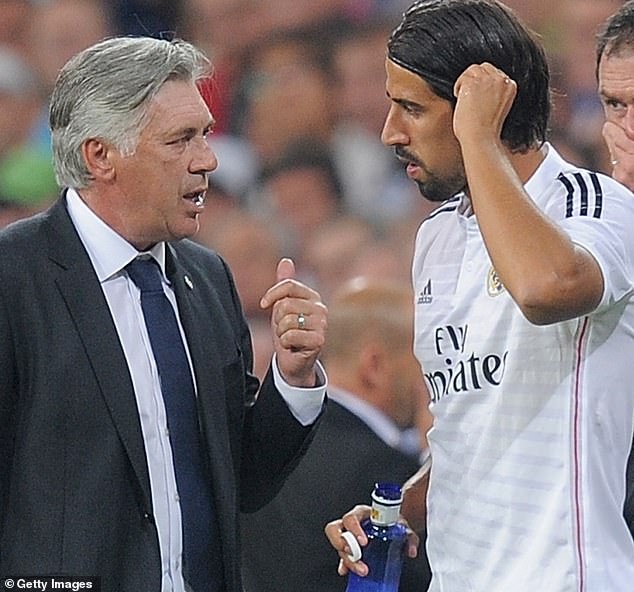 ‘Sami Khedira was my player at Real Madrid, an important player for us,’ said Ancelotti, whose side face Arsenal this evening. ‘I’ve a good memory of him but I don’t think we are looking for him at this moment.’

Ancelotti then added with a smile: ‘Maybe in January.’

Everton could finish the day in second place if they beat Arsenal and Ancelotti is likely to bring back Jordan Pickford, who was rested for the win at Leicester on Wednesday. It is the second time in six weeks that the England number one has been left on the bench.

This is an unusual situation for Pickford. He had played every Premier League game for Everton since signing in June 2017 until his sequence was ended at Newcastle on November 1 but Ancelotti has made it clear that goalkeeper rotation will now be a policy.

‘I spoke with him before Newcastle and before the game against Leicester,’ said Pickford. ‘He understood, he is working well, he is professional. I think he knows that the goalkeeper that he is working with is a good goalkeeper.

‘My desire was to give opportunities also to (Jonas) Lossl and (Joao) Virginia because they are good goalkeepers and training professionally but unfortunately I cannot do what I want sometimes. I want to rotate my players and I will rotate my goalkeepers. There is no problem for this.’ 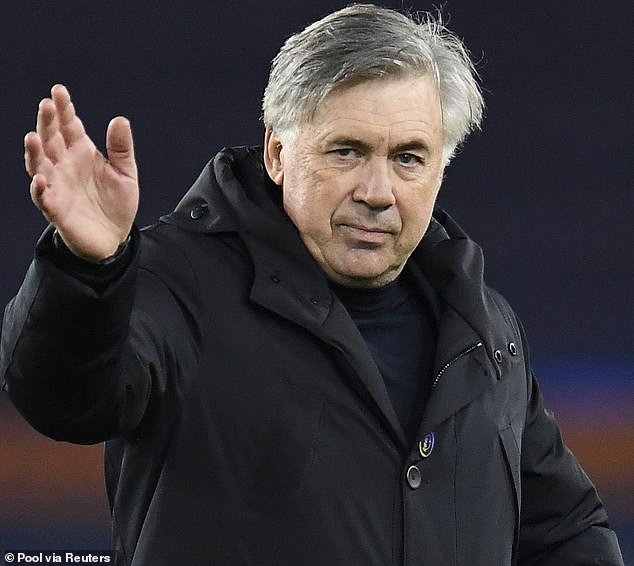 The Toffees manager has said that he is open to rotating his players, including Jordan Pickford