BBC commentator Rachel Brown-Finnis claimed that the atmosphere prior to kick-off of England vs Austria at Euro 2022 was the best she has ever witnessed in football, and welled up during the pre-match show. The Lionesses opened the tournament at Old Trafford and scored the first goal of Euro 2022 through Beth Mead.

Brown-Finnis was alongside Robyn Cowen in the commentary booth, who noted that the former England goalkeeper was emotional at the scenes just before kick-off. “The atmosphere inside Old Trafford is spine-tingling,” Cowen said. “Rachel Brown-Finnis, you were welling up not just because of the pyrotechnics…”

The former Liverpool stopper replied: “No, this is the best atmosphere I have ever witnessed for women’s football, for any football. Personally being here and seeing so many on their feet, stood and enjoying, swinging their flags, wearing their shirts… and that’s just me and you! It is a wonderful atmosphere, that this team of Lionesses fully deserves.”

In front of a packed Old Trafford, Mead gave England the lead after 16 minutes but the goal was surrounded by controversy. The Arsenal forward’s stunning strike was given by goal-line technology but the restart was then paused while VAR ensured the decision was correct. 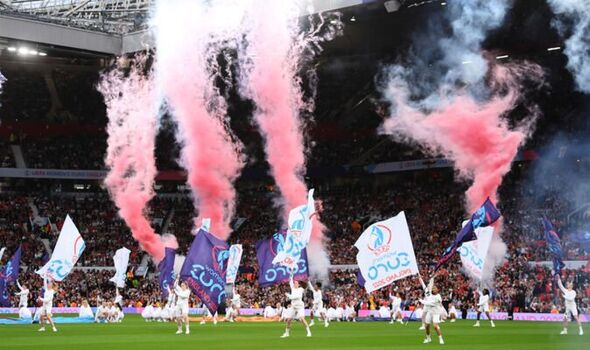 Mead’s lobbed effort looked to have been cleared off the line, but the referee received a signal from her watch that the ball had crossed the line and to award the goal. Following a VAR check, referee Marta Huerta da Aza confirmed the goal in a bizarre sequence as VAR is not usually seen to double-check a decision made by the goal-line technology.

England are one of the favourites to win the tournament, and Brown-Finnis believes that the Lionesses can go all the way and lift the trophy. “I feel this squad knows they can win the European Championship, and 12 months ago, I guarantee you that was not the case,” she told GiveMeSport. “They might have told you that, but did they really truly believe it? I don’t think so. 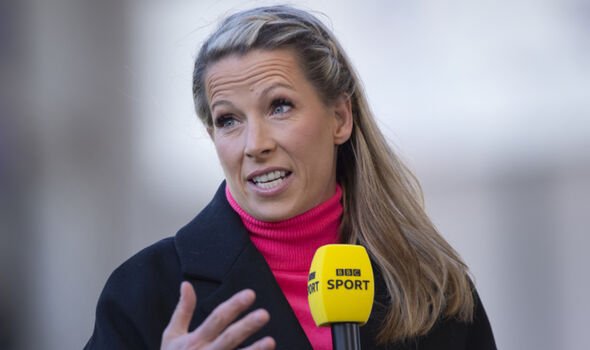 “Whereas now this squad believes they can win the European Championship. That comes through the confidence that’s been built from the results and performances, but also how Sarina Wiegman has handled the squad both on and off the pitch.

“How she’s transformed performances into results has been absolutely astounding. It’s been staggering. You sit back and give them a round of applause, because it has been truly fascinating to watch the team grow and develop, and to look like absolute world beaters.

“We have superstars, we have Lauren Hemp, who is in scintillating form. We’ve got Ellen White, who is the all-time leading goal-scorer. But when Sarina Wiegman has changed her starting line-up around, it’s only got better. I don’t think it’s going to be a tournament where if you lose a key player, it’s going to be, okay we have no chance now.”