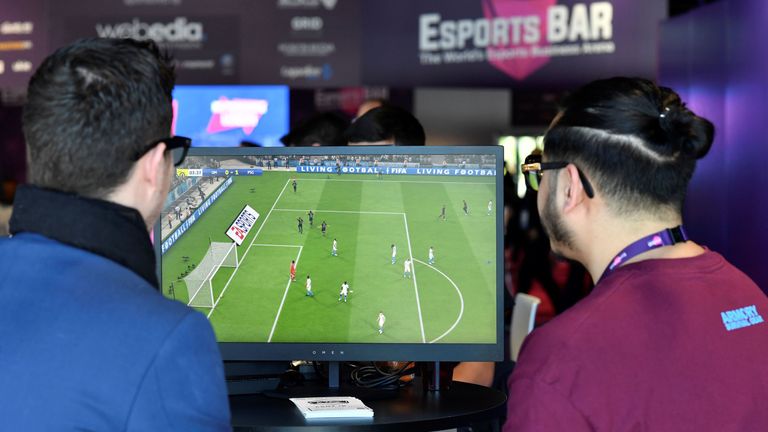 Online gaming is one of the biggest growing competitor sports in the world, but can it offer a replacement for football fans during the coronavirus isolation period?

FIFA 20, made by EA Sports, is the leading football video game with millions of people playing, watching and competing worldwide.

It has also been a tool for Premier League footballers to come up against each other from the comfort of their own households, and we have seen London rivalries renewed in online fixtures.

Tottenham’s Ryan Sessegnon defeated West Ham forward Michail Antonio, but the Hammers got a victory of their own when Declan Rice beat best friend and Chelsea midfielder Mason Mount – as well as many other stars playing each other over the past few weeks. 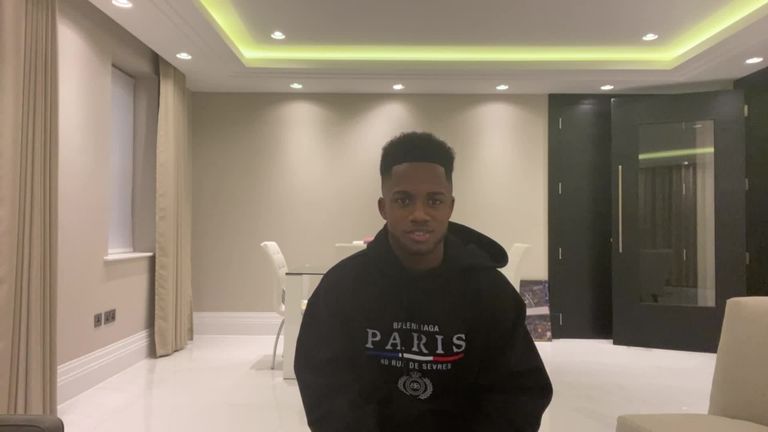 Ryan Pessoa is a professional FIFA player for Manchester City’s esports team and he got to reignite City’s recent rivalry with Liverpool by playing one of their stars online and streaming it via Twitch.

Pessoa said: “I had a game versus Trent [Alexander-Arnold]. It was good, he’s actually a decent player, Trent is actually very decent. I know he plays FIFA a lot in his spare time, he told me he plays the most out of the Liverpool squad.

“He’s a big FIFA fan so it’s good just to create content with him and he’s a nice guy as well. I did beat him but we drew one of the games and he was actually very good.

“Trent is a massive profile to Liverpool fans, England fans, football fans in general and him promoting FIFA content, it pushes people over to that and just continues growing it.” 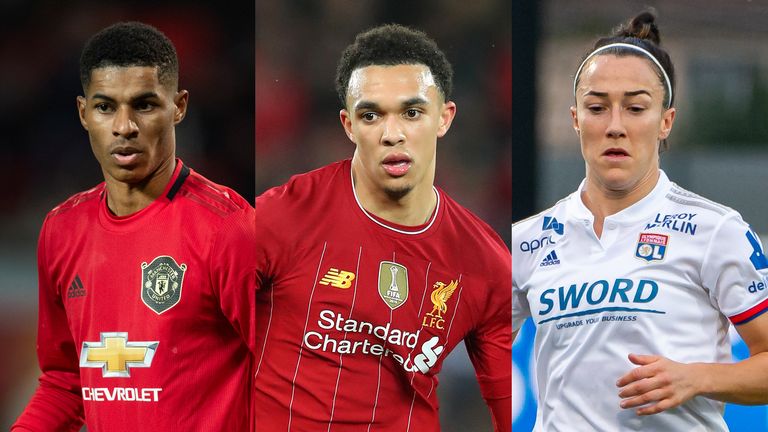 There have been many initiatives to generate FIFA content for football fans to watch while in quarantine. England stars, including Alexander-Arnold, Marcus Rashford and Jadon Sancho, are competing against each other in the FA’s #FootballsStayingHome Cup to raise awareness for the National Emergencies Trust..

EA have also launched the ‘Stay Home, Play Together’ competition which will see professional footballers from 16 different European clubs, including Liverpool, Tottenham and Real Madrid, take part in a tournament. EA will donate $1m to the Coronavirus Relief Fund as part of the initiative.

One of the first esports competitions created as a result of the coronavirus pandemic was Leyton Orient’s Ultimate Quaran-Team tournament, which saw 128 professional clubs from 16 different countries take part and Wolves were the eventual winners. Luke Lambourne, Leyton Orient’s media manager came up with the idea and was stunned by the attention it gained.

Lambourne said: “Obviously a lot of clubs are in an unprecedented time at the moment where everything they have got planned has gone out the window, so we knew people were going to jump at the opportunity to get involved with something. We were delighted with how it went.

“Across Europe there were some big teams that joined in. Man City in England had their esports team competing, and a few different Premier League clubs including Watford, Burnley, Norwich with Todd Cantwell representing them and Andros Townsend for Crystal Palace.

“In Europe you’ve got the likes of PSV, we had AS Roma in there as well, teams from France and it extended out to the MLS where we saw Orlando City and DC United get involved. We had the Orlando Pirates from South Africa, so we had pretty much every major part of the world represented.

“Walsall vs Roma was an interesting tie, which Walsall obviously came out on top of. I don’t think many people saw that coming. I think Mansfield beat Ajax as well.” 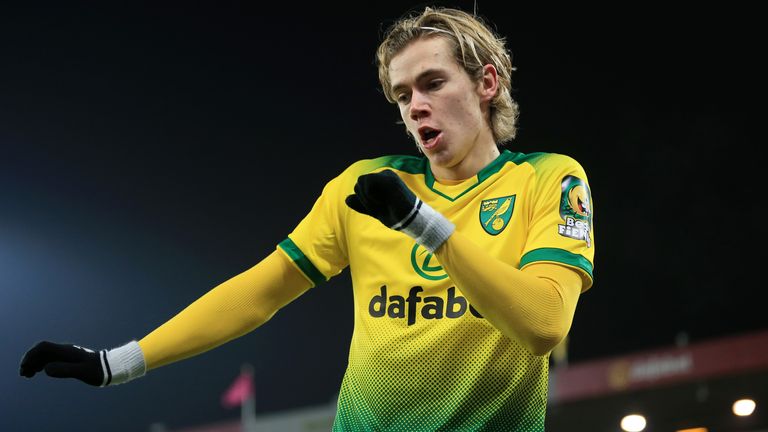 Wolves were the eventual winners of the tournament, Orient set up a fundraising page while the Quaran-Team tournament was taking place to raise vital funds for vulnerable EFL clubs and two worthy charities during this tough time.

Lambourne added: “We’re up to over £55,000 to three causes. 75 per cent will go to the EFL for struggling clubs. Obviously, at the moment with no matchday income, we’re going to see a lot of football clubs under a serious amount of pressure just to survive, so we thought if we could use that initiative to help the clubs that people love stay in business and keep afloat then that would be amazing.

“The other 25 per cent is a split between the MIND mental health charity and the World Health Organisation and COVID-19 response. We’ve seen loads of people get involved and donate which has been great to see.”

FIFA is one of the most realistic games on the market for recreating the football experience, but can it act as a replacement for going to watch live sport?

Pessoa said: “FIFA is based around real-life sport so it’s easy for people to transition their love for real-life football into a video game. Specifically for esports we have something called the e-Premier League so people can, if they wanted to, continue supporting their actual team they support in real-life football as well.

“Now everyone’s in isolation or quarantining, my friends’ schedules are pretty much the same and it’s made me realise and notice how fun gaming can be and it’s good to communicate with people online. They don’t necessarily have to be people you know; you can play anyone across the world and develop friendships like that.” 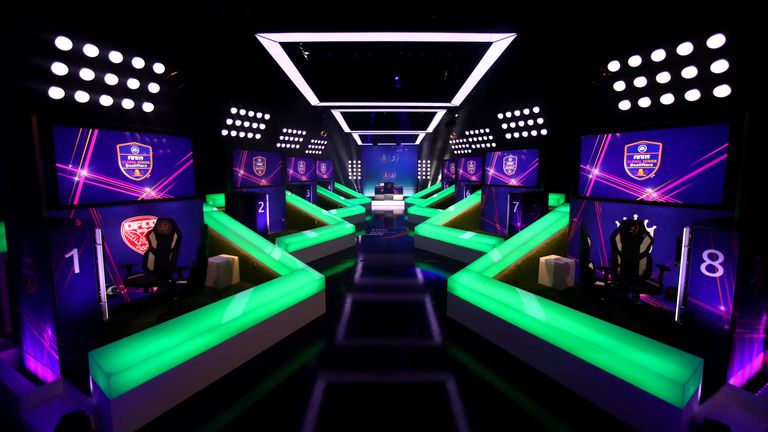 Spencer Ealing, better known in the esports community as Huge Gorilla, won $200,000 for becoming FIFA World Champion in 2017. He is now creating daily YouTube videos for fans wanting to see his FIFA content throughout the pandemic.

Gorilla said: “The best football game is FIFA in terms of trying to replicate that real life football. Obviously it is tough, people do miss football, me being one, but I think FIFA could be an escape.

“Also playing with your mates, whether it’s Pro Clubs, whether it’s doing 2v2’s with your friends online or even just watching YouTube content. Obviously we’re in a bad situation but you’ve got to try and use this time to try and enjoy yourself and if you want to improve on something then this is a good time.”

Lambourne added: “Esports has got a window now which it’s never had before and it probably never will have again in the sense it’s the most easily accessible sport or entertainment for people across the world. It really needs to make its mark now and I’m sure the people at EA and FIFA and higher up at Premier League level are looking at the way they’re going to utilise it in the best way possible.”

How has competitive esports been affected?

Although he is enjoying creating online content during isolation, Pessoa’s competitive FIFA playing has been put on hold due to the pandemic.

He said: “Our FIFA season, because of the coronavirus and obviously travel being suspended to pretty much every country, has been affected as a lot of the events have been suspended until further notice. “It is very disheartening because our esports is based around competing at live events, we don’t usually have a lot of events that are based online. Hopefully EA are finding a workaround to have some online tournaments that we can participate in.”