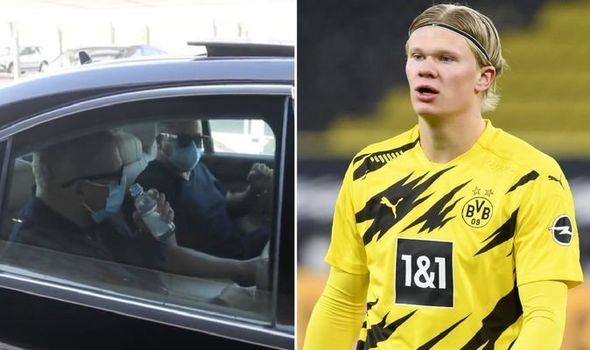 Manchester United and Chelsea are running the risk of losing ground to their rivals in the battle to sign Erling Haaland after the player’s agent Mino Raiola and his father Alf-Inge Haaland travelled straight from Barcelona to Madrid to hold talks with Real Madrid on Thursday.

“There is also the Haaland’s father with him. After meeting with Barcelona president Laporta, Raiola will talk today also with Real Madrid about Haaland deal. #Haaland #RealMadrid.”

United and Chelsea are also set to get their chance to pitch themselves to Haaland’s representatives, although it remains to be seen if Barca and Real Madrid holding conversations first gives them any advantage.

Romano added in a second tweet: “Mino Raiola is meeting with Real Madrid after Barcelona and the plan for #Haaland is so clear: talk with 5 top clubs interested, their projects, proposals and then decide for the future.

“It’ll be a long race. BVB position: won’t accept less than €150m to sell him this summer.” 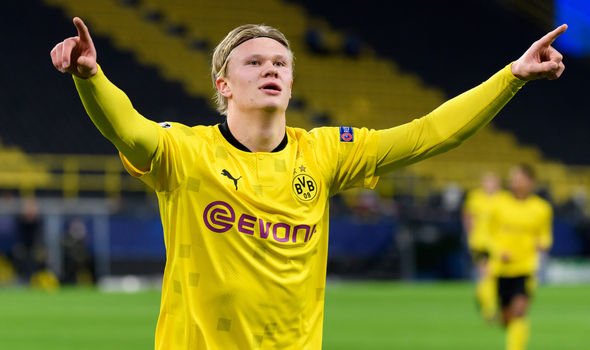 But the latest development comes after reports from The Athletic this week that Manchester City had been in private discussions with Alf-Inge, who played for them for three years, over the striker’s future.

The same outlet claimed that both United and Chelsea feared City were more likely to sign Haaland than themselves.

Both Raiola and the player’s dad sat down with Barca chiefs, including sporting director Joan Laporta, on Thursday and were seen being collected at the city’s El Prat Airport.

After that the duo flew directly to the Spanish capital to talk with their Clasico rivals Real Madrid, although both Spanish giants are thought to be struggling financially.

Haaland is the most in-demand player in Europe having scored 49 goals in 49 games for Dortmund, also producing 11 assists, since joining from Red Bull Salzburg in January 2020. 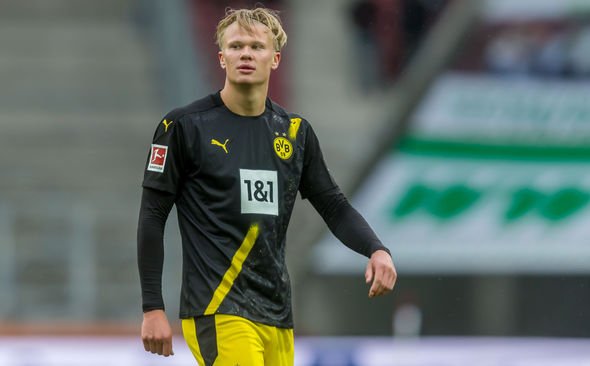 The Norway international has a release clause in his contract next summer that caps the fee Dortmund can sell the player for at below £70m.

But he could leave the Westfalenstadion this coming summer for well over £100million, with it having been suggested in some places that his Bundesliga employers would demand around £150m to part ways with their prolific centre-forward.

Romano says Dortmund want at least £127.6m (€150m) which would represent a club-record fee for all of United, Chelsea, City and Real Madrid, although Barca spent around £142m to sign Philippe Coutinho from Liverpool three years ago.

The discussions about the 20-year-old frontman come despite Dortmund sporting director Michael Zorc insisting he told agent Raiola that Haaland is not for sale.

It comes after comments last month in which Zorc said: “We will try to keep Erling Haaland as long as possible for sporting reasons.

“I have never seen someone like him. We can search Europe-wide. If he ever left us somewhere, there would only be a handful of clubs [who could sign him].”

United, Chelsea and City are all likely to sit down in the coming days and weeks to talk with Haaland’s representatives.

City have an open spot for a new star No 9 after announcing club legend Sergio Aguero will depart at the end of the season while United have Anthony Martial and Edinson Cavani up top, with Chelsea having a host of attackers who can lead the line in Tammy Abraham, Olivier Giroud, Timo Werner and Kai Havertz.