Jesse Marsch moved quickly to cool his angry touchline row with Wolves coach Bruno Lage after Leeds ran out a 2-1 winner in the Premier League game at Elland Road.

‘It was nothing,’ Marsch insisted. ‘I just had a quick word with Bruno Lage afterwards. I have a lot of respect for him and the way his team plays.’

But it didn’t look like nothing in the heat of the moment. 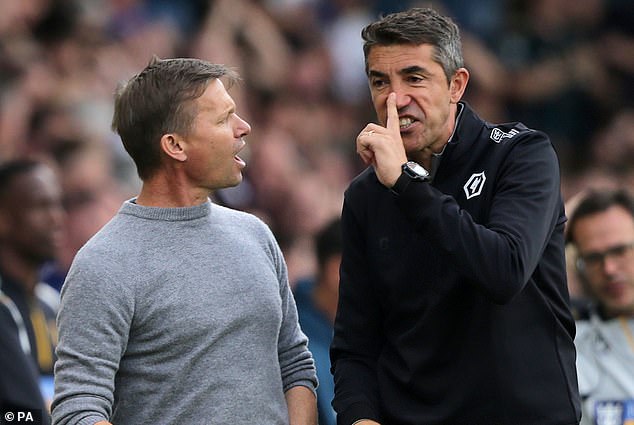 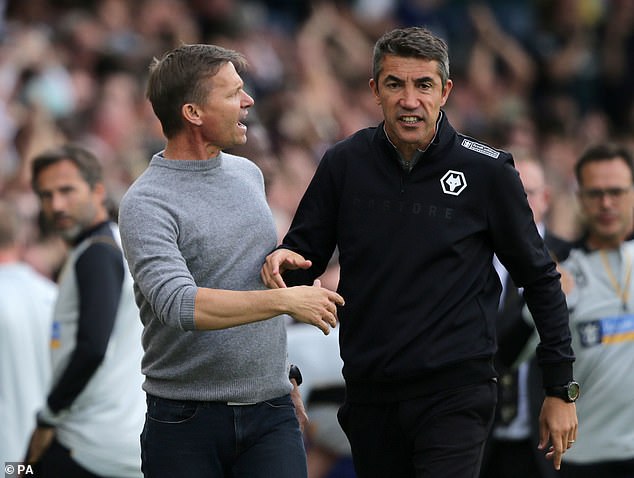 Marsch was very animated during an exchange with Lage after the final whistle, and the two coaches appeared to shout at each other as they made their way down the tunnel.

Despite the argument, it was a successful day for Marsch and Leeds as they fought back from a goal behind to clinch a 2-1 win and three points.

Wolves went ahead with a sixth minute goal from Daniel Podence. Rodrigo equalized for the hosts and an own goal from Rayan Ait-Nouri have Leeds its win.

‘Everyone sees that they fit really well,’ the Leeds coach said. ‘Marc Roca, when he played in Germany, he learned a lot of the principles that we are doing here with my team. 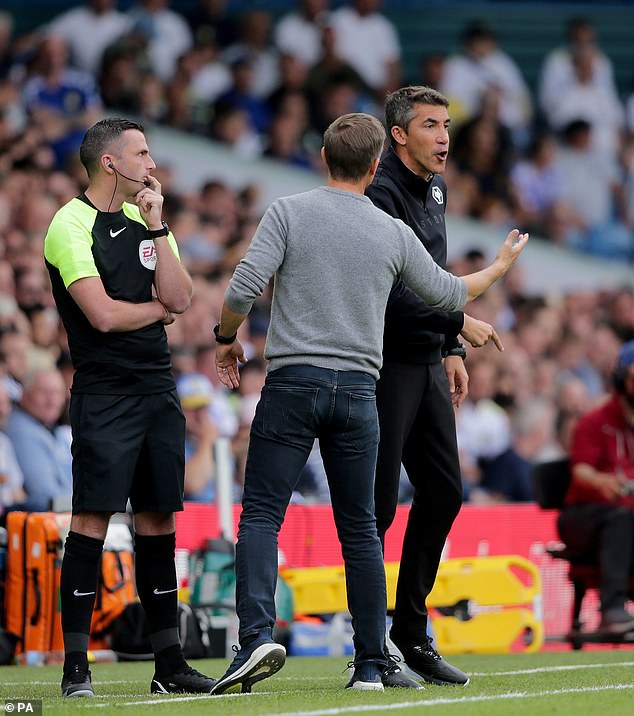 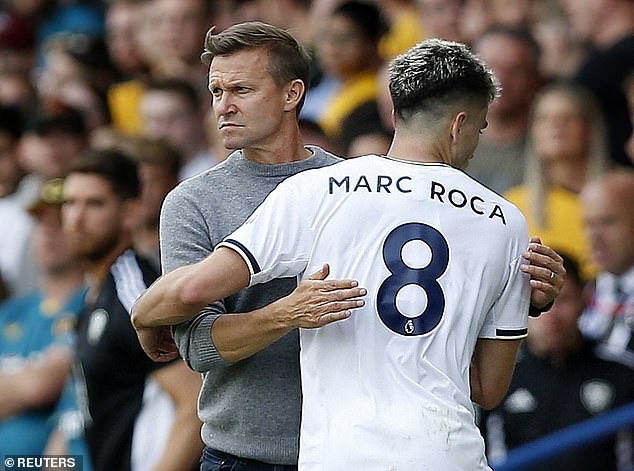 ‘The work has been really good in preseason and we are adapting well to the way I would like to see u splay the game and in moments like this, you need validation.

‘If you play a good match but you don’t get the points, it can still be an important learning moment  but it’s not as positive a feedback as it is when you get the win.

‘For our fans, we didn’t win a lot of games at Elland Road last season so to start on the right foot, with a good performance and a three points to start our season will help us no doubt.’

Leeds travels to Southampton next weekend looking to build on its winning start.