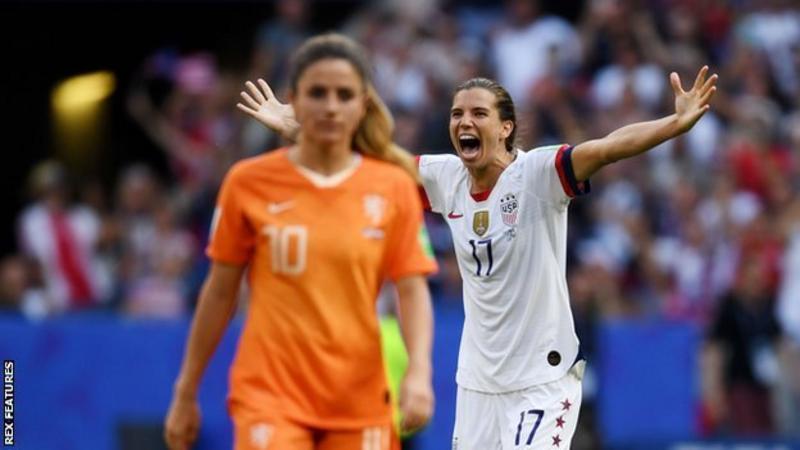 A little over a year ago, the impact Sarina Wiegman had on women’s football in the Netherlands was clear to see in the northern French port of Le Havre.

Thousands of Dutch fans were dancing behind an orange bus en route to her team’s first game in the Women’s World Cup, spellbound by their triumph in the European Championship on home soil two years earlier.

A few weeks later in France, the same team reached their first World Cup final, having only qualified for their first finals in 2015.

But now, with her statue sitting alongside Johan Cruyff and Marco van Basten at the Dutch FA in Zeist, the heady journey will come to an end as Wiegman was announced as the new England boss to replace Phil Neville starting in September 2021.

By then, the 50-year-old former Dutch midfielder may have achieved yet more heroics for the Oranje Lionesses after taking them to the Tokyo Olympics.

There is no doubt she has the track record to try and take England, semi-finalists in their last three tournaments, to the next step.

Described as a coach who will “tell players the truth”, her combination of honesty and tactical expertise could be the perfect blend ahead of England’s own home Euros in 2022.

Wiegman, the first female player to reach 100 caps for her country, was only installed as the Dutch head coach six months before they won Euro 2017.

And although she quickly installed an attacking style which shone through the tournament, she also demonstrated a winning mentality which was influenced by a year playing in the United States as a teenager.

In 1989 she joined the University of North Carolina, which included several American players, Mia Hamm and Kristine Lilly, and the US coach, Anson Dorrance, who would go on to win the 1991 World Cup.

Wiegman later told the Coaches’ Voice: “America was like a soccer paradise for me. The year I spent there changed my life and my mindset.

“I still use some things I learned that year in terms of how to get the best out of others, and myself. But the biggest thing I took away was the determination that what I experienced in the US, I wanted in the Netherlands too.”

Dorrance, who hired Wiegman after seeing her excel in a tournament in China, said she had no trouble adjusting from a football or cultural perspective.

“She was a tremendous player on a tremendous team,” Dorrance tells BBC Sport. “She was the number 10, and played in a period where we never lost a game.

“She was also a wonderfully nice person. I think that the Dutch are like the Americans of Europe; bold, opinionated and laced with humour so she fitted right in.

“She also quickly realised, ‘everyone is going after each other in training every day, so I’ll have to go after it if I want a starting spot’

“She adapted quickly, won a starting position and took that experience back to Holland.”

After a stellar playing career, which she also combined with being a PE teacher, Wiegman ended up coaching at ADO Den Haag Women in 2007, where she won the league and cup twice. She then joined the national team as assistant coach in 2014.

Combined with that role, in 2016, she became the first woman in the Netherlands to coach a men’s professional side when she joined the staff at Sparta Rotterdam.

A year later, with the national team struggling, she became the national head coach. Ahead of Euro 2017 there were issues with the team’s mentality and confidence, in part from hosting the tournament which meant there were no competitive games to play in.

Everton and Netherlands defender Kika van Es, who played at Euro 2017 and the 2019 World Cup, said “training was so bad” because “everyone was fuming” about defeats in training games.

“I can remember her stopping training and saying, ‘girls, we need to check this’,” Van Es tells BBC Sport.

“She’s a really good football coach, and it’s really easy to follow her because she is really strict and that’s what I like about her.

“It was a quick change, but we had so much trust in her.” 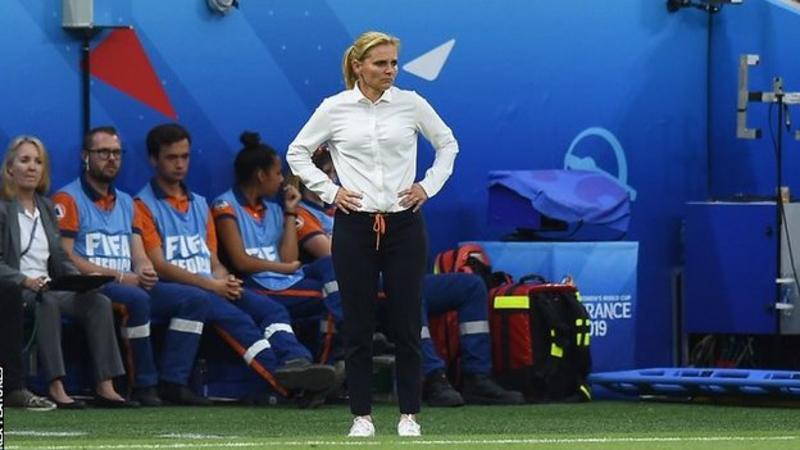 Will she be a good fit for England?

Wiegman may have been cheaper appointment than former United States coach Jill Ellis, whose side beat the Netherlands in the 2019 World Cup final and also won the title in 2015.

But she is also described as a “perfect cultural fit” by Football Association head of women’s football baroness Sue Campbell.

She certainly won’t have to face questions about teams winning trophies in spite of her or damaging players’ mental health, both of which Ellis has been accused of recently.

Wiegman may also offer a more honest assessment of England’s capabilities and where they can improve in comparison to Neville, who has at times over-praised his team when they have performed poorly.

There is a nagging doubt that players either haven’t bought into Neville’s insistence that England should play out from the back, or aren’t best suited to that tactic, given it often costs them possession.

Dorrance, who stays in touch with Wiegman, says: “Unquestionably, she will be a good fit for England.

“England has great players and they will want the truth. What I love about the Dutch and Sarina is that she will give them the truth and the players will respect her for that.”

Van Es, who says she will be sad that Wiegman is leaving, adds: “I think her appointment will be really good for England because you will get a bit more football in the way you try to play.

“Compared to what we do in Holland, I hear England run a lot and we don’t do a lot of that. We do a lot of tactical training sessions, positioning, and she brings more football to it.

“The players are amazing with England and she’s the right person to teach the girls a little more about how to play football as a team.”