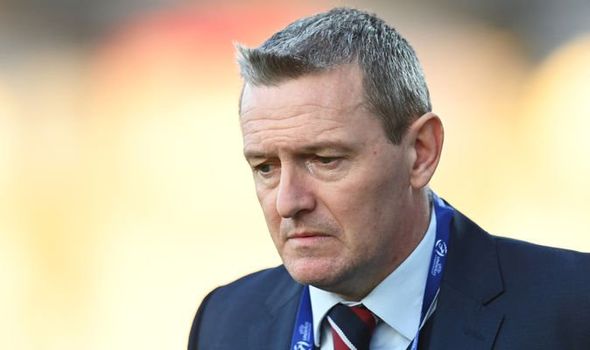 Aidy Boothroyd has vowed to “keep going” as England under-21s manager despite being denied a spot in the knockout stages of the U21 European Championships in devastating style by Croatia on Wednesday night, amid increasing calls for the coach to be sacked.

England needed to win by two goals, and also needed Portugal to beat Switzerland in the other group match, and were in line to go through thanks to Eberechi Eze and Curtis Jones’ goals.

But Domagoj Bradaric’s stunning injury-time effort for the Croats denied the Young Lions progression into the next phase by goal difference despite victory.

But while Boothroyd, 50, oversaw his country’s 2018 Toulon Tournament success, England’s U21 side have now lost in the group stages of both of their last two European Championships, having failed to win any of their three games in 2019.

They failed to register a shot on target from open play in either of their first two matches against Switzerland and Portugal but were much improved against Croatia thanks to goalscorers Eze and Jones of Crystal Palace and Liverpool respectively, neither of whom started the first two games.

Ahead of the decider against Croatia, Boothroyd labelled his role as an “utterly impossible job” but declared that he is “on the same page” as the Football Association and also senior England boss Gareth Southgate and technical director John McDermott.

Yet such a miserable exit will undoubtedly lead to more speculation regarding his future, with former Tottenham coach Justin Cochrane said to be one option to replace Boothroyd when his contract expires this summer. 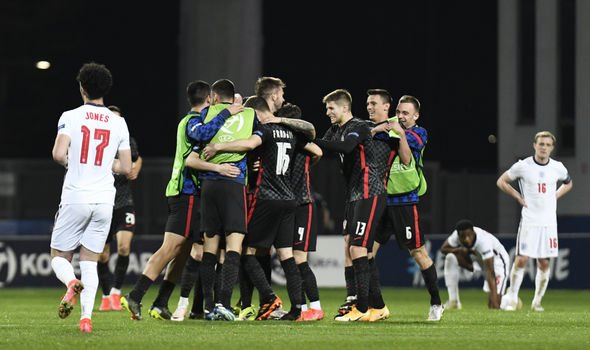 Asked if he’s still the right man to manage the team after the loss to Croatia, Boothroyd declared to Sky Sports: “I think so. The amount of players that have come through the system would suggest there’s a pathway working with all the coaches, from under-15 all the way to the senior team.

“The youngest players know that come in the building know they’ve got a chance of playing in the first team because of the way we’re structured.

“Of course it’s an important tournament and of course we want to win every tournament but to produce players and win tournaments is very, very difficult.

“I love being involved with these players. I really enjoy it. It makes it even more difficult to deal with it and come out and speak to you and the rest of the media and answer that question.

“It’s a fair question to ask. I’m going to keep going and we’ll see what happens.” 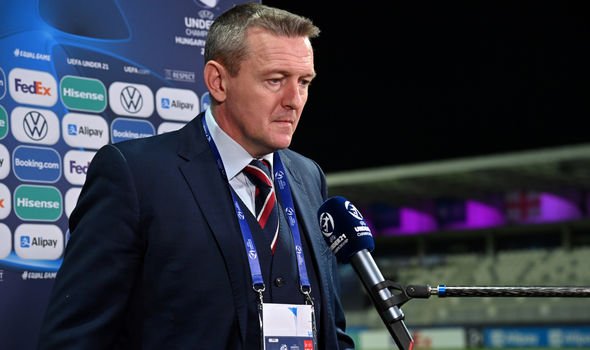 “We hit the crossbar twice and we missed chances we’d normally take. We scored two goals. To lose in the manner we did after swimming the channel and getting into a position where we’re OK, final minute of the game…

“He’ll never score a goal like that again. That is very, very disappointing. So as far as the group is concerned, I’ve spoken to the players and we gave ourselves a mountain to climb.

“We almost did it but unfortunately we lose out by one goal. They’re the fine margins and they’re the things they have to learn.

“It’s devastating right now but an experience like this stays with them forever and it will benefit them in their careers, which is what the U21s is all about, it’s a development team.”

Boothroyd admitted over the course of the tournament, despite a much-improved display against Croatia with Jones and Eze both key, that the Young Lions simply badly underperformed.

But the ex-Watford and Northampton boss couldn’t put a finger on exactly why his charges failed to realise their potential in the first two matches of the group stages.

“Certainly in the first and second game, yeah,” he continued when asked if England were below par. “There’s no getting away from it. We haven’t performed as well as we can. As to the reason for that…

“To put in that performance tonight was terrific in loads of different ways but you can’t rely on other people doing you a favour in this tournament. We should’ve got points on the board against the Swiss for definite. 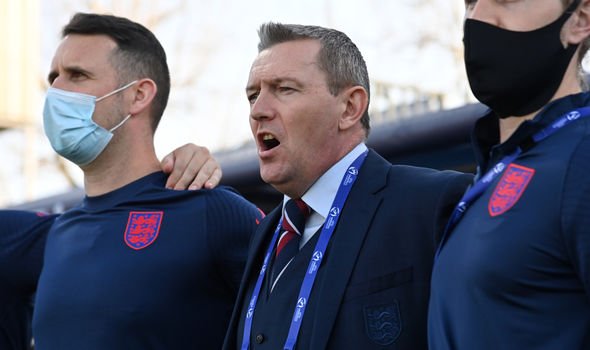 “I think Portugal are a very, very good team and probably strong favourites but again we could’ve and should’ve got something out of that game.

“But these are times that it’s best not to talk too much, it’s best to think about it over a period of time and then take it forward from there.

“Football’s a strange game. We had injuries to a lot of our normal starters. The lads that came in were exceptional, from the centre-backs all the way through the team, and they gave gave it a real go.

“The honest answer is at this moment in time I need to think about that and reflect on why that was. It certainly wasn’t through any lack of effort.

“I do think that after a period of time these things become clear. I’m very emotional right now as I’m sure you can understand. But that’s football.

“It’s a cruel game, it’s great when you’re winning but devastating when you don’t in a situation like this. We’re all very disappointed.”