England host Iceland in the Nations League on Wednesday with Gareth Southgate set to give some of his young stars a chance to impress. Southgate is expected to pick an experimental line-up at Wembley, and Express Sport is on hand with all the latest team news and a predicted line-up.

The Three Lions cannot progress to the Nations League finals following their 2-0 defeat to Belgium on Sunday, so Wednesday’s game is a dead rubber.

But that gives Southgate a chance to start the likes of Arsenal youngster Bukayo Saka and Manchester City star Phil Foden against the team who ended England’s Euro 2016 hopes.

It will also present another opportunity for in-form Dominic Calvert-Lewin, who scored in last week’s win over the Republic of Ireland after bagging 11 goals in 10 games for Everton this season.

But with Southgate rotating his squad there may be no place for Aston Villa captain Jack Grealish, who impressed against Belgium on Sunday despite England going down to two early goals from Youri Tielemans and Dries Mertens.

JUST IN: Liverpool fans fear another injury as Williams misses under-21 clash 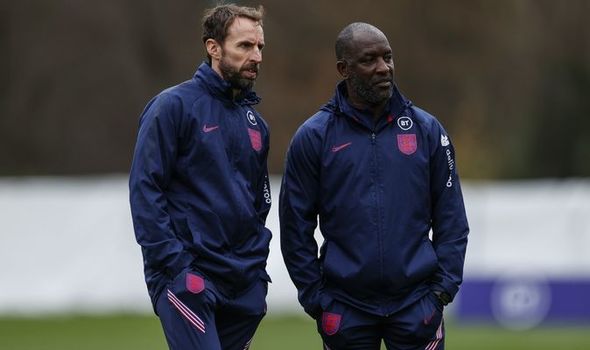 Jordan Pickford looks set to retain his place in goal, with a back three and two wing-backs in front of him despite recent criticism that Southgate’s preferred formation is too negative.

Michael Keane could come into the back three in place of Kyle Walker, with Eric Dier and Tyrone Mings retaining their places.

Kieran Trippier is expected to continue at right wing-back, with Bukayo Saka set to be given a start on the opposite flank after coming on for injured Ben Chilwell against Belgium.

Chilwell has suffered back spasms, giving Chelsea boss Frank Lampard a concern ahead of their return to Premier League action against Newcastle on Saturday.

Jordan Henderson had to be taken at half-time against Belgium after suffering muscle stiffness, and Tottenham’s Harry Winks is set to continue in midfield after replacing the Liverpool skipper, who has returned to his club. 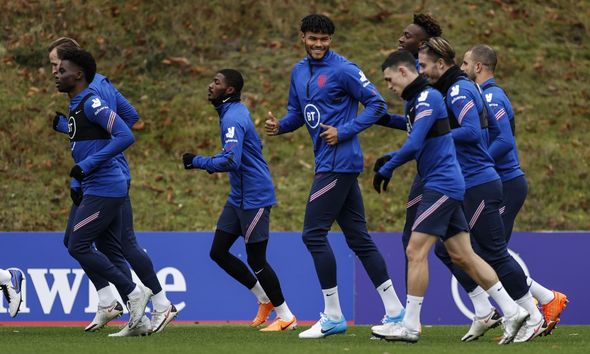 Alongside Winks, Southgate could play Mason Mount in place of Declan Rice, moving the Chelsea ace back from the more attacking position he played against Belgium.

England were toothless in attack against the world’s number one team, and Foden looks set to be given chance to show what he can bring following clear-the-air talks with Southgate following his Reykjavik antics.

Foden made his senior debut alongside Mason Greenwood in the September fixture against Iceland, but the pair were sent home in disgrace after breaching Covid-19 restrictions.

The City star is now back in the Three Lions fold, however, and is set to line up alongside his former club-mate Jadon Sancho, with Calvert-Lewin leading the line.

Also hoping to get some minutes will be the likes of Arsenal’s Ainsley Maitland-Niles and Chelsea’s Tammy Abraham. And Jude Bellingham would be the youngest player to start a game for England if he were to make the first XI – beating Wayne Rooney’s record. 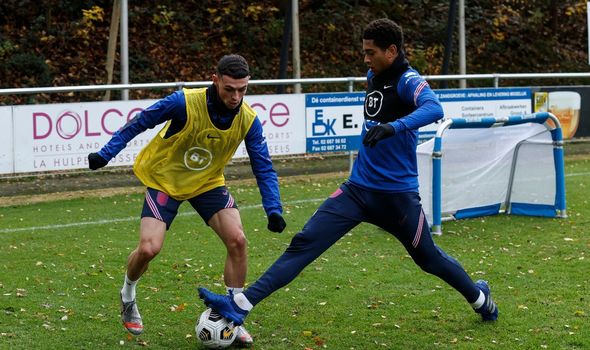 England fans may be disappointed not to see Grealish in the line-up, but Southgate has said there will be plenty more chances for the Villa captain if he continues to prove his quality.

Really it’s in Jack’s hands because he has shown in the games that he has had, that he can play at this level,” Southgate told BBC Radio 5 Live.

“He has just got to keep doing that now. Of course we have got competition for places, but he has shown things about his game which are different to the other players that we have got, which the other night, really added to our game.

“We have got to deliver a performance in response to losing to Belgium and we want to finish this autumn period well.

“The players are keen to do that. They want to get back out at Wembley and put on a good show for everybody and that’s what we have to focus on.”