There have been promises made about taking the women’s game to another level before. Promises which have either proved false dawns or a message lost in the rush towards a new Premier League season. But at Old Trafford on Wednesday night something felt different.

It was evident beforehand in the streets around this storied stadium, it was in the crowd of 68,871 – a new European Championships record, smashing the previous benchmark of 41,000 – packed into a full house, and most importantly of all it was on the pitch.

England and Austria kicked off a tournament that if this is anything to go by is going to be a cracker. It was fast, skilful, physical and it was very, very good. Women’s football has in the past seemed unsure whether to promote itself as a something different to men’s football or the same game. And in the past it has been easy for detractors to push the narrative that the two remain miles apart.

Yet there can be no doubt that the gap has narrowed just about as far as physical differentials between men and women will allow. And if England go on to go deep in this tournament or even make the final at Wembley on July 31 this will be a game-changer. 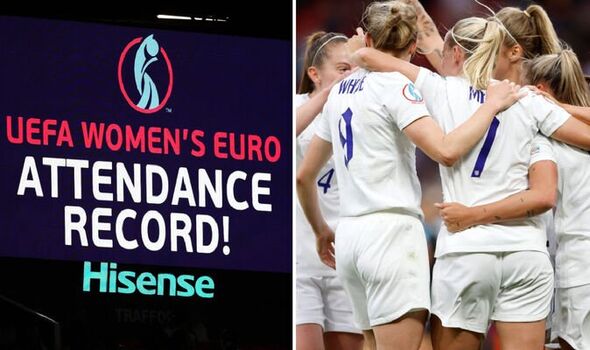 The opening ceremony had belched fireworks and smoke into the stadium to the point where it looked as though kick-off might be delayed. But when the mist duly cleared and the rainbow-coloured camper van had delivered the match ball to the middle, England took charge.

It took them five minutes or so for nerves and adrenaline to work through the system but after that they played by far the better football, dominating possession. There was no mistaking this night had a different feel stripped of booze and testosterone.

There was frenzied dancing in the crowd at half-time which lent a feel of a concert. But they were not here for the DJ, they were here for the football – thousands of young girls proudly taking ownership of a sport which until far too recently was just borrowed when boys took a break. 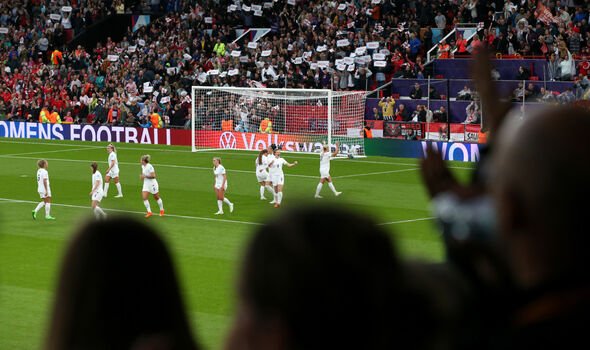 Over 2.63million over the age of 16 play football in England making it the top participation sport for women and girls. Wednesday night’s match and the remainder of what promises to be a superbly-supported tournament, will hope to hook in as many again.

“Not women’s football. Women play football,” read a slogan on the advertising hoardings. It seemed to hit the nail on the head.

Woman of the match: Georgia Stanway – Found space with her intelligent runs from midfield and won some important tackles too.