Euro 2020: England stars get on the weights ahead of Germany clash

Gareth Southgate has made it clear he is yet to decide whether Mason Mount and Ben Chilwell will be back involved with the England squad on Tuesday against Germany. The duo are due to complete their period of 10 days in isolation when the clock strikes midnight on match day, meaning the Chelsea duo are facing a race against the clock to be back involved.

Nonetheless, the Three Lions have been forced to comply with Public Health England who advised that both players must isolate.

They have been able to complete separate sessions away from the main group but there is every chance they may now be lacking sharpness after their day-to-day training schedule was disrupted.

“They were able to work in a very small well-distanced group session but not with the full ground,” Southgate told ITV.

“They’ve not been able to take part in any of the full training sessions.

“The guidance from Public Health England has been very clear and very specific so we’ve had to follow that.” 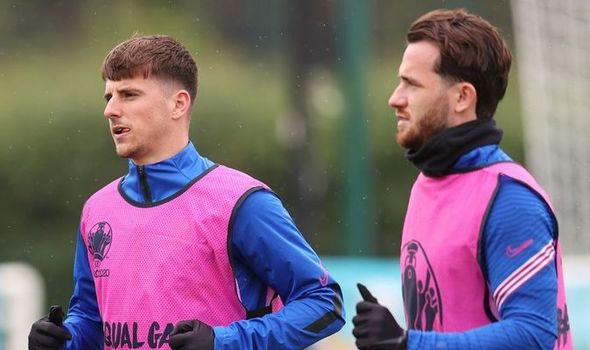 When pushed for an answer on whether Mount and Chilwell will feature, Southgate made it clear that he is conscious of the mental impact 10 days in isolation may have had on his players.

He added: “Well that’s what we’ve got to take into account, really.

“They’ve had to spend a lot of time in a room on their own. It’s a very difficult situation, firstly for the two boys.

“When you come to a major tournament, you want to be a part of everything but they’ve had to isolate through this period which would of course be difficult for anybody.

“For us we’ve got to make that decision as we progress.” 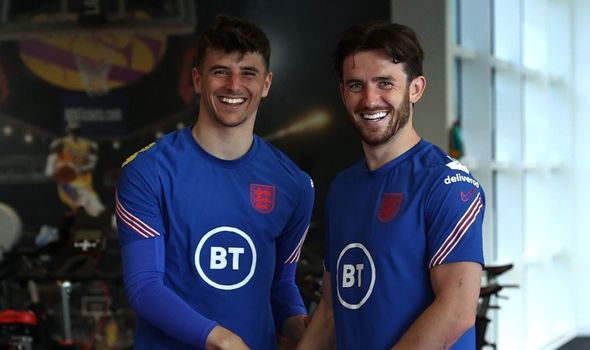 Southgate will not be pressured into making any hasty decisions, particularly given Mount started England’s first two group games.

“As we get closer to the game, they come out of the full quarantine at midnight the night before the game,” Southgate said.

“We’ll then be able to talk to them a little bit more than we are at the moment.

“Although I can speak to them once they’ve been on the training pitch to do their session, it’s just getting across all of that feeling that they have really.”