‘If I made a bad pass, the shout would be “have you been on the wacky baccy?”‘: Emile Heskey claims racism in football was ‘brushed off as banter’ as ex-Liverpool star recalls vile abuse he suffered during his playing days

Emile Heskey has spoken out about racism within football and revealed how it used to get brushed off as banter during his playing days.

The subject of racism is at the centre of everyone’s minds currently with Premier League stars coming together to show their solidarity with the Black Lives Matter movement.

Stars have been determined to unite behind global protests which followed the tragic death of George Floyd in the United States, and during the first 12 matches of the Premier League’s restart, every player replaced their names with ‘Black Lives Matter’ across the back of the shirts. 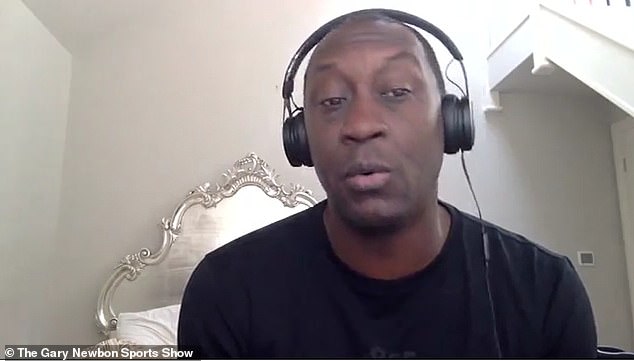 And Heskey has since had his say on the racism that still remains in football, claiming that much more still needs to be done while reflecting on his playing days and the vile abuse he used to suffer.

The former England, Liverpool and Leicester striker told The Gary Newbon Sports Show: ‘The racism, that we would class as racism, we get in the UK was brushed off as banter.

‘Like I said, my parents didn’t smoke, but if I was to make a bad pass, the shout would be “have you been on that wacky baccy?”.

‘I was like I don’t smoke, my mum or dad don’t smoke, so what do you mean. I kind of just brushed it off. You wouldn’t see them saying that to a white player if they did a bad pass or something. It would be something different.’

The 42-year-old then went on to reveal some of the horrific racism he experienced while playing abroad for England. 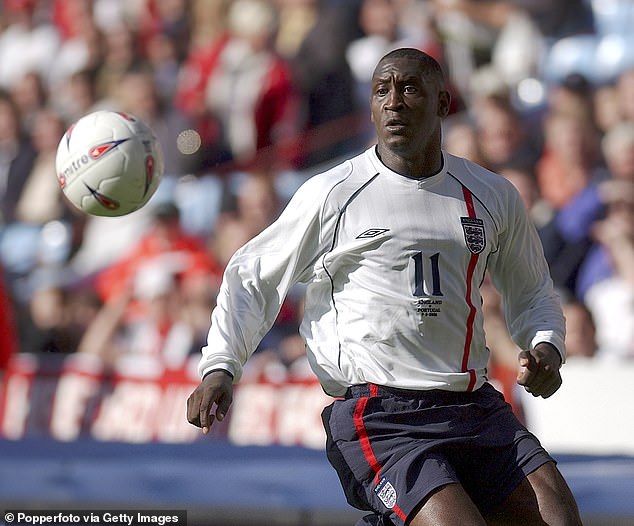 Heskey made 62 appearances for England, while also playing for Liverpool and Leicester

‘We played them and had to play in a neutral stadium which was in Barcelona. It was at their reserve stadium, nice stadium but small, and you got a guy in the crowd shouting “Kunta Kinte, hey Kunta Kinte” every time I touched the ball. Kunta Kinte is just an African slave.

‘And then you get the monkey chants from when I was playing for England against Slovakia and Croatia.’

But despite his awful experiences in the past, and what many still encounter to this day, Heskey insists there is still not enough support and action from governing bodies such as UEFA and FIFA when players call it out. 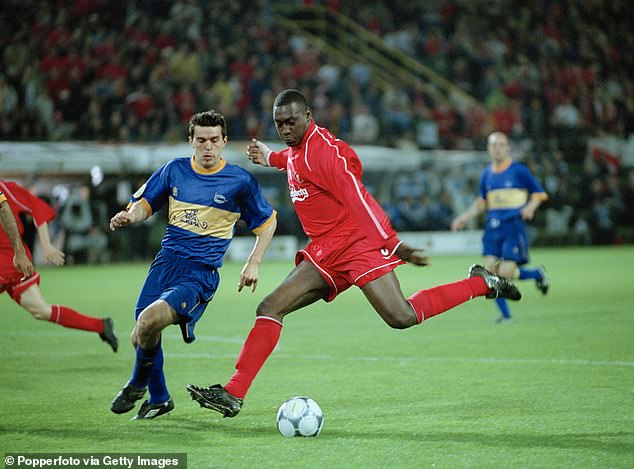 ‘Again, the only thing they think about is “oh it’s not that bad”. And I have heard commentators say that as well. I’ve heard people I would class as friends saying things like, “it’s not that bad here, it’s worse abroad”.

The Gary Newbon Sports Show, with @Punching.TV, and in association with MailOnline Sport, will be streamed live every Thursday #GNSS