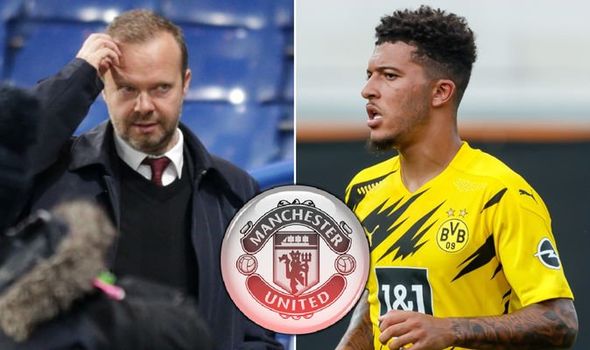 The Jadon Sancho to Manchester United saga looks likely to drag on for some time yet. Borussia Dortmund are insistent that the England international is going nowhere after their August 10 deadline passed while United remain determined to sign him.

Sancho has been unfazed by all the goings on during Dortmund’s pre-season training camp in Switzerland but it is widely thought he would love a move to Old Trafford, where he would take the iconic No 7 shirt.

And while Dortmund have been defiant publicly that he is staying at the Westfalenstadion, it is also thought they would be tempted to sell if United were to make an offer within the region of their £108million valuation of the player.

The problem? United see that price tag as unrealistic and are unwilling to go anywhere near it. That has led to the ongoing stand-off in negotiations between the two clubs over the past few weeks.

Yet United executive vice-chairman Ed Woodward may just have a trick to help the Red Devils finally agree a deal for the 20-year-old, who is Ole Gunnar Solskjaer’s top summer target.

That’s because Dortmund are reportedly interested in Crystal Palace’s Wilfried Zaha, despite the Ivorian having endured a poorer season for the club with four goals and five assists in 38 top-flight matches – having mustered 26 goals and as many assists across the previous three seasons. 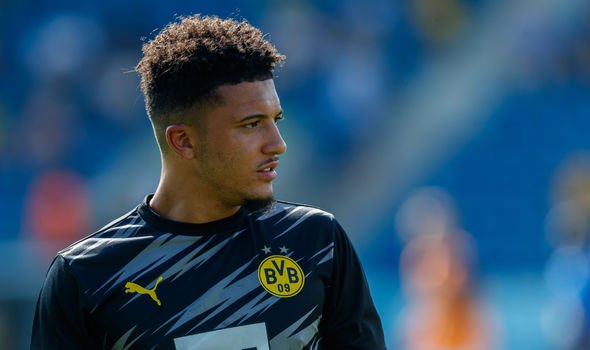 The Bundesliga club’s wealth of talent in the final third means the wide-man is surely viewed as a replacement for Sancho rather an addition to an already-packed attack.

Palace are willing to let Zaha, who was the subject of interest from Arsenal and Everton a year ago, leave Selhurst Park if their valuation is met.

With the price tag for their star man having been as high as £80m just 12 months ago, Palace could now sell 27-year-old Zaha for as little as £30m, if some reports are to be believed at least.

Having been a talisman for a mid-table Palace team for some time, Zaha would relish an opportunity to play Champions League football – and was filmed openly suggesting his desire to join Arsenal, who will play in the Europa League, in a nightclub recently as he pointed to a sign behind him that read: ‘Zaha to Arsenal’.

And thanks to the fact Zaha spent two seasons at United earlier in his career, leaving Palace for Old Trafford in 2013 before returning to the Eagles in 2015 for around £6m, they could help twist Dortmund’s arm. 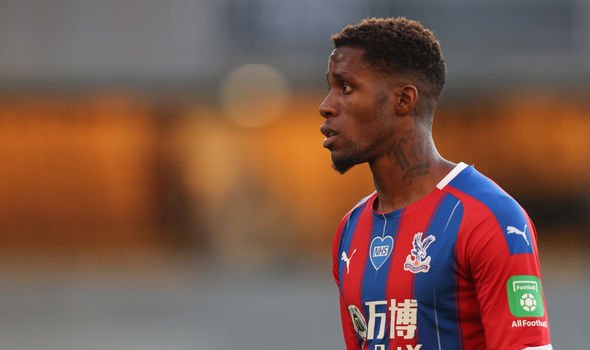 The £6m fee was a few million less than United bought him for two years earlier but included in the deal to take him back to south London was a 25 per cent sell-on clause for whenever Zaha next left Palace.

A year ago, Palace asked United to waive the clause in discussions to take Aaron Wan-Bissaka to the north west but the 13-time Premier League champions refused.

But now they could do so to their own advantage and if they did it would help Dortmund out in their search of signing a replacement for Sancho. Why? Quite simply, Palace would have less leverage to demand a higher fee.

Right now, while Zaha wants to leave, they will ask for as much as possible knowing that one-quarter of the fee will be headed to United – but without the clause, Dortmund will hope to drive down the amount they’ll have to fork out a little further.

Were Woodward to offer to cancel the clause for Zaha in talks with Dortmund over England international Sancho, perhaps the Bundesliga giants might then be more receptive to accepting an offer more to United’s liking.

It had been suggested earlier this month that United might try to sign Sancho for an upfront fee of £60m with add-ons then taking that up considerably higher, having negotiated similar deals for the likes of Anthony Martial and Bruno Fernandes in recent years.

And the latest is that Dortmund are simply awaiting a realistic offer for Sancho, with it claimed that the ex-Manchester City trainee would be willing to inform his current employers of his desire to move on if they did so. 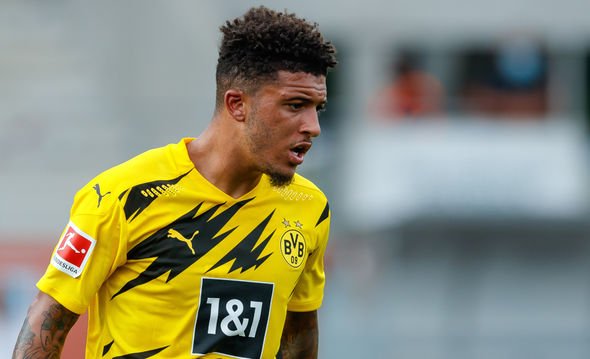 That would certainly put the pressure on Dortmund, although Sancho does not appear the type of player to kick up a fuss if he does not get his way.

After all, Dortmund have Champions League football, are a Bundesliga title contender and pay him a very healthy salary – while he is as important a member of their team as any other. Staying another 12 months is hardly a disaster.

And plus, in a year’s time there is every possibility Real Madrid, Barcelona and Liverpool may have the finances to enter the equation as a rival to United for his signature, which Dortmund would hardly begrudge.

But United, despite shopping around for potential alternatives, have Sancho firmly in their sights and Woodward will not want to let Solskjaer down after he delivered a top-four finish. He will face huge criticism if he does.

So far, United have been frustrated but perhaps Dortmund’s interest in Zaha may be able to help lead to a breakthrough in talks. No pressure, Ed.