Borussia Dortmund 2-0 Wolfsburg: Jadon Sancho scores his first goal of the season at the TWELFTH attempt and sets up Manuel Akanji’s opener as BVB start the year with a win to move up to fourth in the Bundesliga

England winger Jadon Sancho set up the opener and scored his first goal of the season as Borussia Dortmund edged past Wolfsburg and moved up to fourth in the Bundesliga on Sunday. 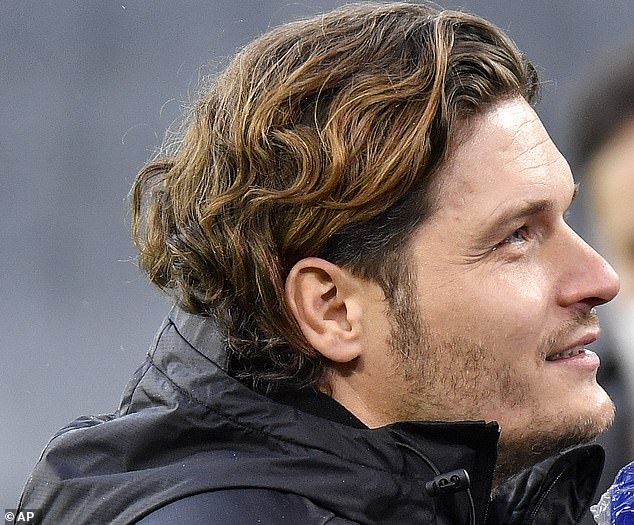 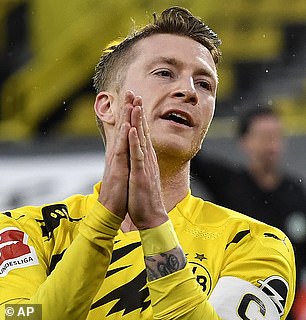 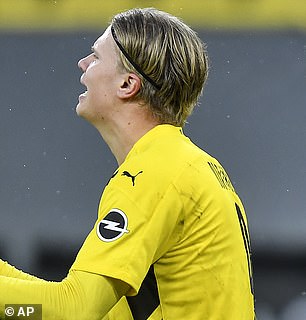 Wolfsburg had frequently threatened to at least retain the two-point lead they held over Dortmund before the start of play.

Yannick Gerhardt almost opened the scoring as the high-flying visitors dominated the opening ten minutes of the match, although Dortmund top scorer Erling Haaland threatened more as the half went on and Sancho spurned a fine chance in front of goal just before the break.

Haaland, who was later substituted and had missed Dortmund’s previous four league games with a hamstring injury, was denied by goalkeeper Koen Casteels when he was clean through on goal eight minutes after the break. 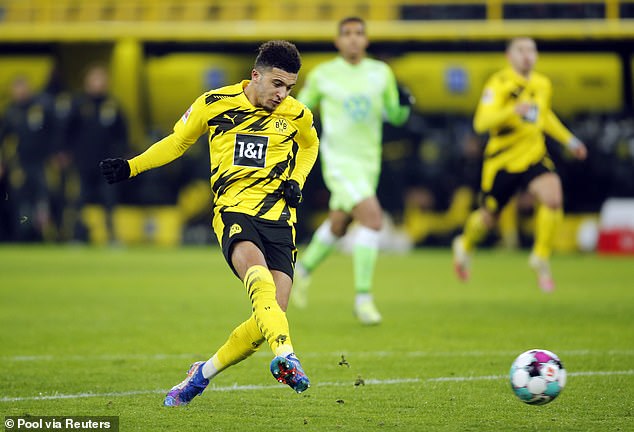 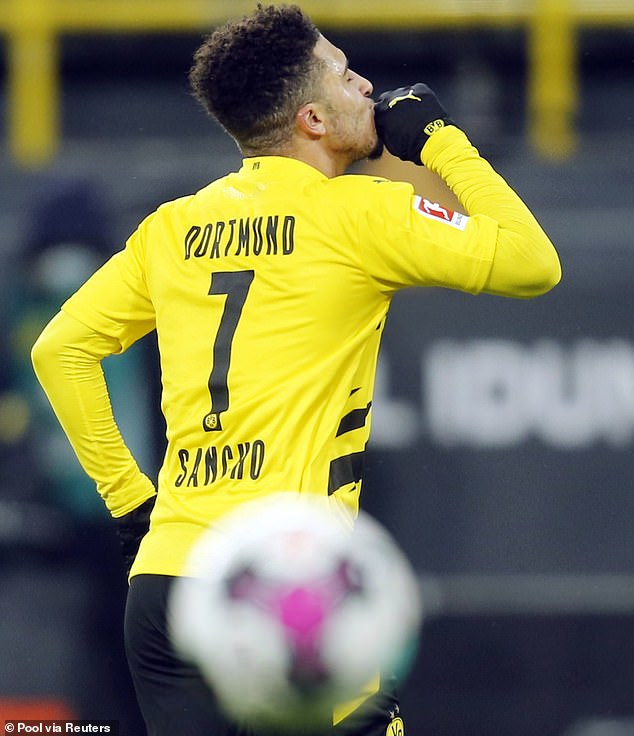 The striker twice had forced a spectacular save from Casteels just before half-time, which was scuffed wide on the rebound by Sancho.

Wolfsburg’s two-match run of wins and clean sheets came to an end as they tasted defeat for the first time since losing at Bayern three weeks ago, slipping to sixth. 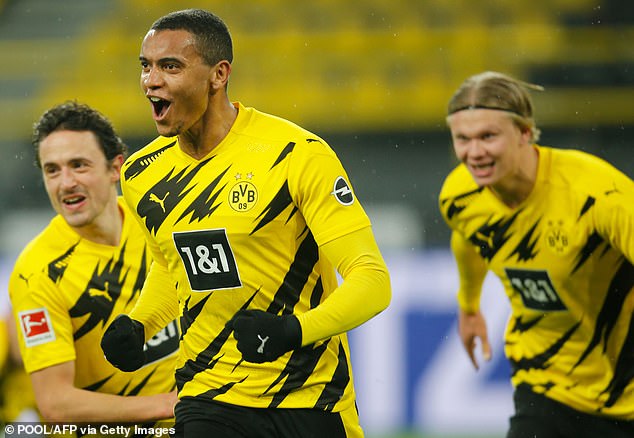 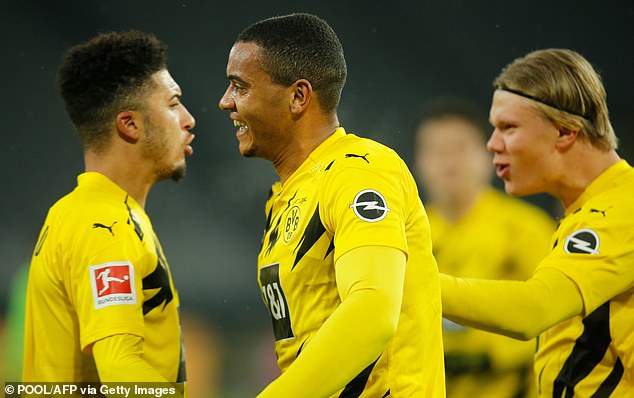