Tyson vs Jones Jr: No knockouts or judges in exhibition bout between Mike Tyson and Roy Jones Jr

The game looked to be heading for a stalemate until Bonne struck to give Rangers a first away win of the season and extend Derby’s winless run at home in the Championship to eight games.

Derby had chances with the lively Wayne Rooney denied by Seny Dieng and the woodwork but Rangers also created openings in an open contest before Bonne increased the pressure on Derby boss Phillip Cocu whose team slipped to second bottom. 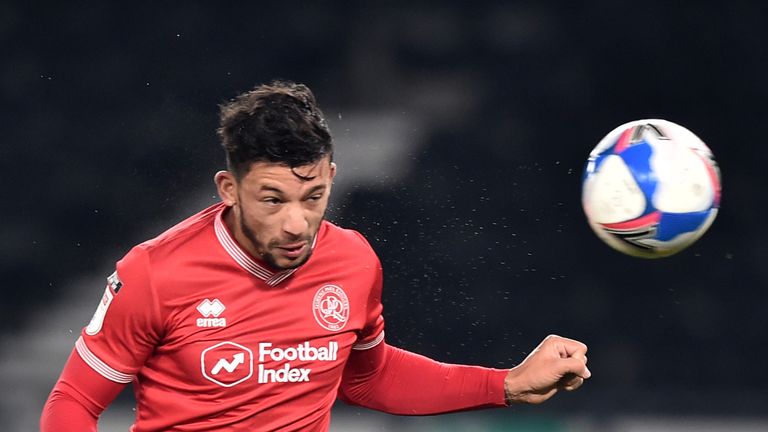 Both sides had early chances with Rooney sending Kamil Jozwiak through on the right in the fourth minute for a low shot that Dieng saved with his legs.

David Marshall made an even better save two minutes later to claw away a Lyndon Dykes header after Albert Adomah’s cross set the striker up at the back post.

Rangers fashioned another opening in the 21st minute when Todd Kane’s pass sent Ilias Chair into the area but a heavy touch allowed Matt Clarke to get across and make a vital block.

The open nature of the game meant there was plenty of space to play in and Jozwiak’s clever pass put Rooney in behind Rangers but Dieng did well to turn his low shot behind.

There was a scare for Derby when Marshall was almost caught on the ball by Bright Osayi-Samuel but both goalkeepers were the reason it was goalless at the end of an enterprising first half.

It was the same in the second with Derby going close in the 51st minute when Rooney’s shot from just outside the area was deflected against the outside of a post.

Rooney had another shot charged down but Rangers went close when a Tom Carroll free-kick fell to Rob Dickie at the back post but he could not direct his shot on target.

Derby were pouring forward at every opportunity and they had got behind Rangers again in the 74th minute only for Dickie to cut out Jozwiak’s dangerous cross.

Rangers responded with Niko Hamalainen going past Nathan Byrne but he could not pick out a red shirt and the visitors had an even better chance in the 81st minute when Kane got in on the right but shot wide.

But Rangers made no mistake in the 88th minute when Dickie won the ball from Jozwiak and as Derby appealed for a foul, his cross was headed in by substitute Bonne.