Ousmane Demebele’s contract negotiations with Barcelona have reportedly collapsed, with the Frenchman unhappy with the club’s pursuit of Erling Haaland.

Dembele, 24, has been locked in talks with Barcelona chiefs over a contract extension with his current deal set to expire at the end of the campaign.

New Barca boss Xavi is determined to keep hold of Dembele and negotiations had been positive. It was reported last week that the attacker was prepared to make a sensational U-turn having had his heart set on an exit. 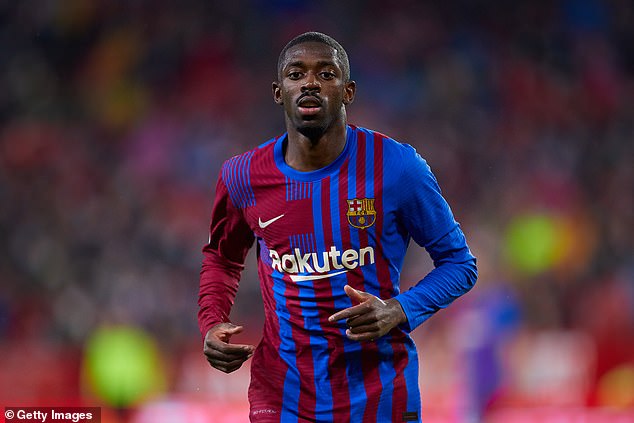 The same report suggested that Dembele – who joined for £135million in 2017 – would be willing to take a wage cut to stay on and had been looking for a new pay packet of £200,000-per-week, to help ease the cash-strapped club’s financial difficulties.

However, talks have suffered a major setback with Dembele unhappy with Barcelona chiefs pleading poverty despite the fact they have been linked with a mega-money move for Haaland next summer, according to Sport.

Haaland, 21, has been linked with Real Madrid, Man City and Bayern Munich, and his agent, Mino Raiola, named Barca as an option for his client.

The Borussia Dortmund star will be available for a cut-price fee of £64million, bur Marca claimed on Wednesday that a deal stretched over five years could total as much as £400m, when wages and commissions to Raiola and his father, Alf-Inge, are taken into account. 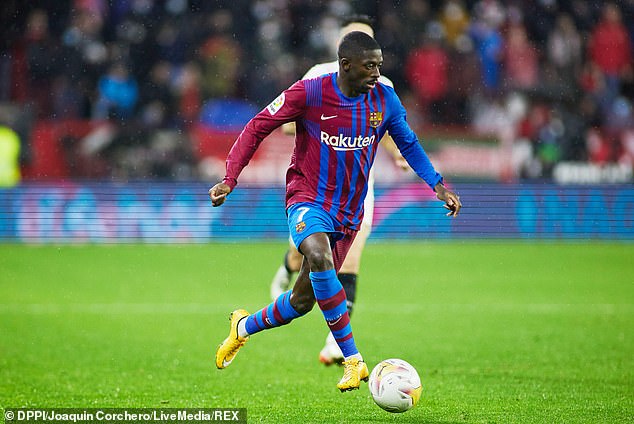 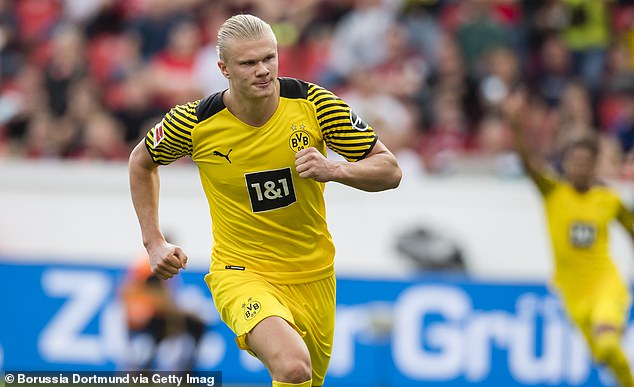 However, he is unhappy with Barca pleading poverty while being linked with Erling Haaland

Barcelona have been hit with financial difficulties in recent years, with the LaLiga club’s debts passing the £1bn mark earlier this year.

Despite the devastating blow to negotiations, Xavi and Barcelona remain hopeful that an agreement can be reached, even with Dembele free to negotiate with other clubs when he enters the final six months of his contract on January 1.

Xavi wants Dembele to be a key part of his Barcelona rebuild and said of the Frenchman: ‘We are going to be positive for him to renew, for me it is fundamental.’

Barcelona need to slash their wage bill in order to register new £55m signing Ferran Torres to their squad.

Bayern Munich, Newcastle United, Tottenham, Liverpool and Manchester United have been linked with moves for the former Borussia Dortmund star.