Real Salt Lake owner Dell Loy Hansen will sell his soccer teams in the wake of reports that he made racist comments.

Both MLS and the NWSL had said they were investigating Hansen after a report on Friday in The Athletic quoted former employees and others who said Hansen had made racially insensitive comments and used a racial slur.

The Salt Lake Tribune also reported on comments made by Hansen, who took a leave of absence amid the investigations. 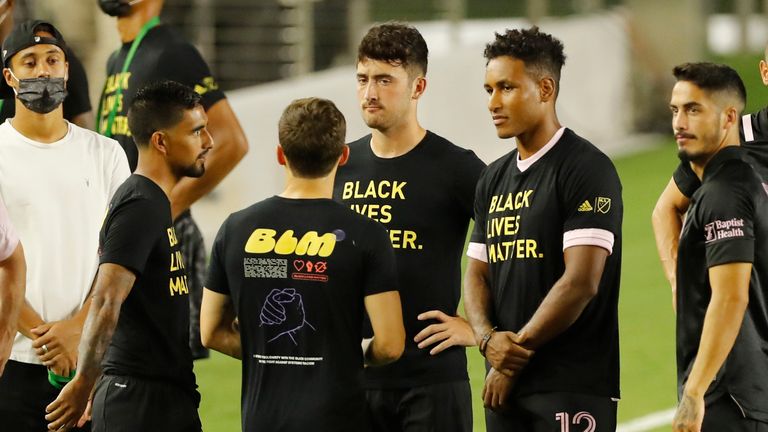 Hansen then released a statement in which he said he is “truly sorry” for his “insensitive” comments.

“I recognise that at times I have spoken too quickly, without pausing to consider the feelings or good intentions of others,” Hansen said.

“This is not acceptable and I assume full responsibility for allowing my words to travel unfiltered as to their significance and impact.

“I believe that communities are strengthened by diversity. I am truly sorry for offending and being insensitive to the plight of others. I seek to do better and commit to supporting and improving diversity and inclusion in my own community going forward.

“After deep consideration and soul-searching, my wife Julie and I agree that the best way forward for the Real Salt Lake family is to assume new ownership and a refreshed vision. We are fully invested in supporting the transition to new ownership and will work diligently to try to ensure that the club stays within our community.

“We will support the organisation and its employees in moving quickly so as to minimally disrupt this season and allow new ownership adequate time to plan for the 2021 season.”