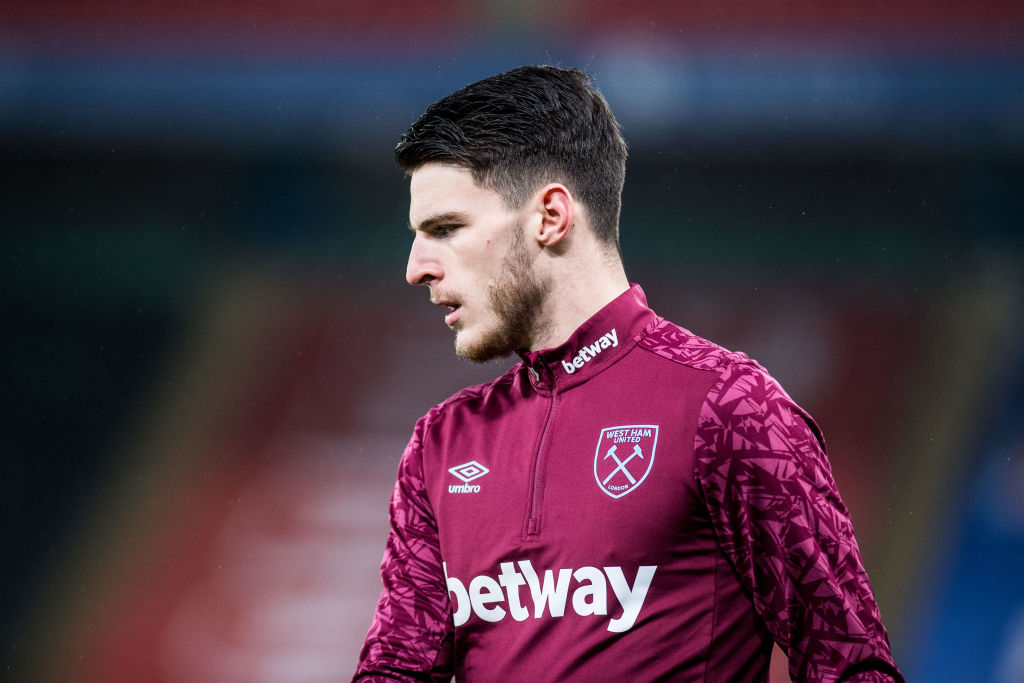 West Ham midfielder Declan Rice says he was very impressed by Liverpool star Thiago Alcantara when they faced off recently, even admitting he was schooled by the World Cup winner.

Liverpool lured Thiago to Anfield from Bayern Munich last summer, though his involvement was curtailed by injury and he has struggled to replicate his best form since returning to the team.

The Spaniard was criticised for his performance at the weekend against Leicester City, giving away the free-kick that kickstarted the Foxes’ comeback, and was even dubbed a ‘weak component’ by Jermaine Jenas.

But England international Rice is in no doubt about how good Thiago is after lining up against him at the end of January – a match Liverpool won 3-1 – and says the 29-year-old gave him an education in how to play in midfield.

‘When I played against Thiago the other day for Liverpool, obviously he is a holding midfielder, it was a big lesson,’ Rice told BBC Radio 5 Live.

‘Because he ran the game. The ball was like on a string.

‘It was like he dictated the tempo of the game and he has been there and done it.’

Former Manchester United defender Gary Neville had also criticised Thiago, saying he had made Liverpool silkier but caused them to ‘lose their punch a little bit’ – something manager Jurgen Klopp disagreed with.

‘The situation is far from perfect, injured, ill, but not too important any more,’ said the Liverpool manager of his summer recruit.

‘We and he had to learn how to play without changing everything.

‘He was number six at Bayern but we decided to adapt his position a bit. Worked out well. Stability, we can use his skills.’

Thiago will get a chance to show off his skills against familiar opposition on Tuesday evening when Liverpool take on Bundesliga side RB Leipzig in the Champions League last 16.